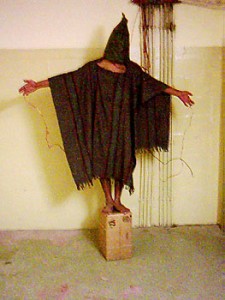 Rude and necessary questions for Americans include this: which action by United States leaders is more disrespectful of a nation’s men and women in uniform?

1. Sending thousands of U.S. service members to die invading Iraq for reasons based on lies, leading to at least 251,000 total violent deaths and releasing the furies, including of the Islamic State. (George W. Bush, backed by Hillary Clinton.)

2. Insulting the grieving parents of a soldier killed in that war. (The Orange Man who should not be named)

3. Avoiding or failing to fulfill military service, and later touting its virtues. (Current American Republican leader and former president George W. Bush. Avoidance of military service was and is not an issue in America for Clinton, mostly because she is a woman.)