My queen, should I ever wish to have a queen, would celebrate her 90th birthday with a parade, too. A millinery parade! — everyone would wear hats. It would have troops of writers reciting and musicians playing. Scientists and inventors and makers and thinkers and artists and politicians would walk proud. Actors would perform in character, dancers would dance, acrobats fly, all amid floats flowing with scented gardens. And, because you need to be strong inside to be soft outside, there’d also be knights (men and women in shining armour) — but on this day they’d ride in carts and hand out plates of food, flagons of wine and beer, mugs of coffee and tea, and treats for the children.

—  Some thoughts prompted by the military parade and spectacle of the 90th Official Birthday, which of course is not the same thing as the actual 90th birthday on April 26, of Queen Elizabeth II, Queen of the United Kingdom and various other places. 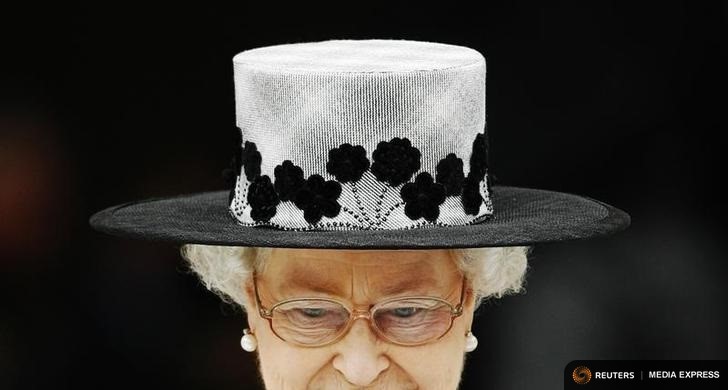 Britain’s Queen Elizabeth leaves after attending a service of commemoration to mark the end of combat operations in Iraq, at St Paul’s Cathedral in London October 9, 2009. REUTERS/Luke MacGregor

Happy Official Birthday, Queen Elizabeth II. I do respect and admire you and your lifelong work. I’ll admit I find your family a tad barmy, and the notion of a monarchy downright bizarre. And, speaking subjectively as a Canadian with restless roots in Scotland and Wales, I sometimes fret about your role in citizen’s forelock-tugging deference to authority.