“Cause marketing” not clear as a bell

I just donated a few dollars to my local schizophrenia support charity. I should do so more often, knowing that we’re all, directly or indirectly, affected by mental illnesses. I don’t, though. It’s one of too many issues clamouring for scarce attention and funds.

Kudos for the reminder, then, to #bellletstalk, an annual “cause marketing” campaign by Canada’s largest communications company, BCE Inc.  Bell, as it’s known, reminded me of the cause  — but instead of joining its campaign, I gave independently. Why? Because behind its cool hash tag, #bellletstalk is a leading example of a trend we really do need to talk about. 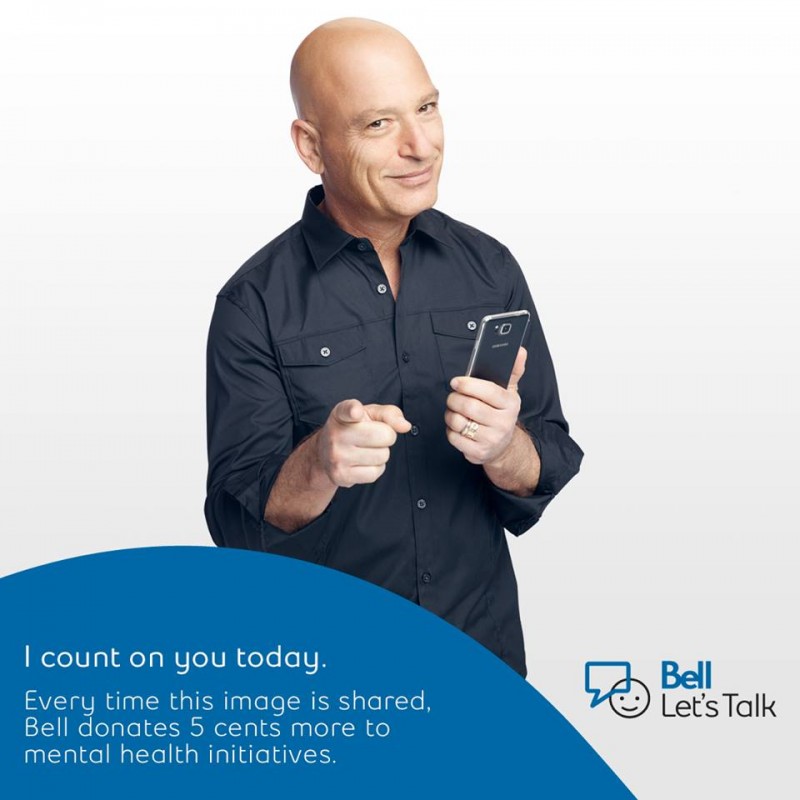 #bellletstalk is a leading example of a trend we really do need to talk about. Photo from Bell’s Facebook campaign page, which said, “Every time this post is shared, we’ll donate an additional 5¢ to mental health initiatives in Canada. Photo: Facebook

To give due credit, Bell, and the millions of people who participated, did good, raising money and awareness for a cause.

But here’s the caveat, why I refused to join the massively popular campaign despite the risk of being called curmudgeonly: a public issue should not be driven primarily by private interests. Mental illness is too complex, with causes and cures too embedded in our families, workplaces, communities and overall structures, to be fixed with a cause marketing program.

When I grumbled to this effect amid the torrent of posts about the campaign on social media, a friend pointed out that without #bellletstalk few would talk about, or donate, to mental health. He was right. Again, kudos to Bell.

But my friend also noted,  “that’s how the world works.” Ah — and that’s the rub.

I don’t think our world should work that way. I know we can do better.

Mental illness costs Canada alone $51 billion* each year in health care costs, lost productivity, and reductions in health-related quality of life, estimates the Centre for Addiction and Mental Health in Ontario. Despite Canada’s universal health care, advocates say mental illness is neglected and underfunded compared to other diseases. Globally, the World Health Organization reports that one in 10 people have a mental health disorder, but just one in every 100 health care workers serve them.

Mental illness is a difficult subject, and a marketing campaign based on it could have backfired, even turned away customers. Instead, each January #bellletstalk gets an entire nation talking, enthusiastically — for weeks! — about mental health. Prime minister Justin Trudeau participated, noting his mother Margaret Trudeau’s famous struggles with bi-polar illness. Celebrities tweeted. Ordinary people poured their hearts onto Bell’s campaign Facebook page, like the man who wrote, “I suffer with depression, anxiety, social anxiety, panic attacks and ocd ….Thank you #Bellletstalk for helping raise awareness.”  The campaign received widespread news coverage, including in other countries.

Arguably, in just one day each year, Bell’s cause marketing campaign does more than any government or non-profit agency to raise awareness of an illness that lurks below our radar, or is swept under our rugs.

My criticism is not aimed at Bell, or the millions of people who shared the hash tag. But #bellletstalk is an example of how we confuse a public good with private interests, and of how — without thought —  we accept “that’s how the world works.”

I am an enthusiastic capitalist in the way I am an ardent democrat: both are the least bad of all the systems we’ve invented (with apologies to Winston Churchill). And, both require oversight. Healthy capitalism requires an awareness by citizens that the legal priority of corporations is to make profits for shareholders. Healthy democracy requires us to acknowledge that no marketing campaign can be equated with altruism, or substituted for public policy.

As generous as it is, the $63-million #bellletstalk campaign is no panacea for Canada’s $50 billion/year mental health burden. Mental illness is complicated, its social and medical roots deep – and they extend into Bell’s own workplace, and into most of our institutions. That point was sharply made by a former Bell Media employee, who wrote on Canadaland her job at Bell “gave me mental health issues and no benefits … I just wish they would send some of that funding and change towards their own people too.”

My criticism of #bellletstalk is in the context of private interests increasingly dominating in our societies. This is hardly news. It’s been thoroughly documented, from Thomas Piketty’s 2013 book Capital in the Twenty-First Century, to Oxfam’s report in January, An Economy for the 1%,” released at the World Economic Forum in Davos. Fewer and fewer people control more and more of our economy, and spend their vast wealth to influence our decisions, not merely on choices we make as consumers about, say, Bell mobile phones, but in our elections  — including for the legislators who regulate the communications and health care industries, in which #bellletstalk has become influential.

American philosopher Michael Sandel  warns that we’ve stumbled, without consciously thinking about it, from having a useful “market economy” to, dangerously, being a “market society,” in which anything and everything is for sale. And #bellletstalk, even as it does some good, exemplifies this market society, by  linking an essential public good with selling things to us as consumers.

Canada, and its #Bellletstalk campaign, are considered leaders in the “cause marketing” genre, noted the business publication Forbes. Cause marketing is useful to business, and it has a place in public discourse. But all marketing is aimed primarily at  “consumers.” Consuming is only part of what citizens do.

I think we citizens are capable of a great deal more than tweeting once a year about a vital area of health care. Citizens in healthy democracies have managed to develop public health and urban planning; invented vaccines and implemented public education; sent spaceships to Mars — and replaced, for a time anyway, the rule of man with the rule of law.

Citizens in a developed country like Canada, with its universal health care system, should support research, treatment and awareness of debilitating, socially-devastating mental illness the same way Canadians provide pre-natal health or vaccinations.

Bell raised nearly $63 million* in 24 hours for a neglected cause. It is a lot of money, even compared to the billions that mental illness costs Canadians. And, Bell’s campaign boosted awareness about mental health.

Bell deserves a pat on the back. At the same time, we should pause to question: Will the programs that rely on Bell continue if the company cancels its campaign in future, or the company is bought by a competitor? Will Bell’s popular marketing campaign affect government decisions on regulating the communications industry?

Even the most  enthusiastic capitalists need to ask if a market society is the model we want to serve public needs. It is now, as my friend said, the way the world works.  It doesn’t have to be so.