What’s a World Worth? We now have a very precise idea.

Economists have put a dollar value on ecoservices from wetlands, such as this pond in Vancouver, Canada. Photo by Deborah Jones © 2014

If you have ever spent a night under the canopy of stars undimmed by city lights, in a place where the only sounds are those unmade by man that have whispered and lapped and knocked and called out through the dark hours in that place since the last big ice released its grip on the Earth, you may share the view of many who have been so blessed that the essence of our planet’s nature and worth cannot possibly be reduced to the grasping calculi of dollars or pounds or Euros.

You would be only partly right. 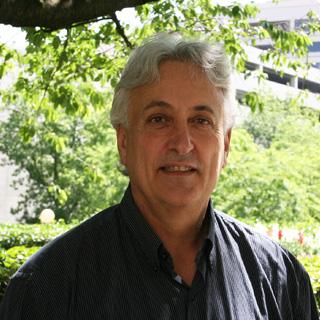 An American economist has done just that, sort of, for a second time. And while Robert Costanza doesn’t for a moment suggest that the planet’s service value to the human economy exhausts its rainbow of other values, he does say that we need to know that hard economic dollar value if we are to make wiser decisions about how we use the planet.

And about that Costanza is certainly right. You might even say ‘dead right,’ given the certainty that if we fail to heed his idea, that is how most of us will end up.

So here’s the deal on Robert Costanza. A brilliant American economist, he organized the academic team that first attempted in the 1990s to estimate, in the currency of the human economy, the true annual value of ecological infrastructure: everything from the cropland that feeds us to the photosynthesis that keeps us breathing.

The researchers did this by aggregating the results of a few score of other studies that had been done up to that time on the services provided by different types of biome. When all was added up for 16 biomes, after the distribution of results from various studies was examined and global averages reached as best was possible, they came up with the number of US$33 trillion in 1995—a year when the world’s gross economic product was estimated at US$30.5 trillion.

Costanza has now repeated his study, with the benefit of far more completed studies of far more of the earth’s critical ecosystems in far more places. In general, his team found that where its 1997 evaluations were founded on a significant number of studies, later research generally confirmed them. Where ecosystem services had been thinly studied, more recent research has revealed eye-popping underestimates of their value.

Using their new data, Costanza and team reached a sum of US$125 trillion that the human economy reaped in benefits from the Earth’s functioning biomes and geophysical systems in 2011.

That compares to estimates of the world’s entire economic product as calculated by conventional (hugely defective, but that’s another story) methods, of between US$70 trillion and US$82.4 trillion — the latter figure courtesy of the CIA World Factbook.

In other words nature, our ecological and atmospheric infrastructure, is contributing at least $1.50 to our human wellbeing for every dollar that we book in the recorded material and service economy.

Or again: the ecological services we leave invisible to national and corporate financial accounts which govern our lives, are worth one and a half times what’s shown in those books.

This is fraud of economy-wide scale and system-shattering implications. But it is a fraud we are committing on ourselves. Its material losses are visible in the ongoing degradation and destruction of the ecological assets that produce that immense value.

To get just some idea of what it is costing us, Costanza’s team made a number of additional calculations. Now in possession of much more accurate and credible—and in many cases, sharply higher—estimates of what certain biomes contribute, they worked out what the Earth’s natural infrastructure inventory as it stood in 1997 might have been capable of contributing in 2011 at these new values. The figure was US$145 trillion a year.

This, you will note at once, is $20 trillion higher than was actually the case. The difference, that lost $20 trillion, represents ecosystems that have been repurposed, either to lower-value uses, or out of ecoservice production entirely: paved over or filled in or dug up.

Since 1997, our out-of-date conventional economic book-keeping says we’ve added $40 trillion to our annual global wealth production. Maybe. Costanza’s calculations show we’ve given half of that back in foregone ecoservices.

The team’s short, seven-page report (linked below) is a surprisingly rich capture of the erosion of global natural security, from tropical forests to coral reefs to tundra. And it marks an important advance toward a hotly contested goal: putting a price on the living Earth.

This idea deeply offends many people, so a word of placatory caution in advance. As Costanza is at pains to emphasize, his calculation of the value in monetary terms of more than a dozen critical-to-life biomes does not imply that all or any of these should, or even can, be turned over to the private marketplace to maintain and distribute their services.

The living ocean, not the plural of maps but the singular and embracing and borderless mother of us all, is the quintessential ‘public good’—even to economists. The circulation of water through atmospheric and terrestrial phases, its maintenance and purification in wetlands and creeks and broad rivers, is another. These ought clearly to be conceived of as the common property of all living creation (and not just the human part of it).

But even that conception reveals its weakness when it meets the force and thirst of the human economy. Nations are loathe to concede that any actual obligation to others — people belonging to other nations, let alone other life-forms — arises from their shared absolute dependence on fluid and borderless natural systems.

And there is this brutal fact: vast expanses and key interchanges in our natural infrastructure have already long been commodified, nakedly exposed to the mostly unbuffered forces of the marketplace. The surfaces of the Canadian Prairies and American Great Plains are like skin to the human body: pivotal organs. They strongly mediate the hemispheric circulation and maintenance of water, the atmosphere’s balance of carbon, the movement of food energy through cycles of mouse to hawk to blowfly and back. The same is true for most of the planet’s other highly fertile regions.

What is also true is that most of those surfaces have already been commodified. The eco-services of North America’s plains and prairies proceed mainly from millions of hectares of privately owned farmland. The planet’s historically highest-return eco-structures, the deltas of great rivers, have largely disappeared under the property quilts of megacities like Shanghai and Rotter-Amsterdam.

This may be a regrettable thing to some, but it is not a reversible thing in any future that avoids the bloodletting of violent social breakdown. In any time frame short enough to make a difference to how our century goes, private property and markets will define the landscape—both literally and figuratively — on which our struggle to survive ourselves will be won or lost.

Costanza and the many other researchers whose work he synthesized are laying the groundwork for an accounting that not only must be done, but that will accomplish its most vital usefulness as it becomes granular, local and specific enough to put a price on the eco-value of each field-edge and ploughed-over slough on the Great Plains, of each meadow encircled by a freeway loop, of your backyard and mine.

Our ecological life-support system is a vast, infinitely interconnected unity of motion. But it is also intimately vulnerable at the scale of this ditch or that copse of trees. What should be unthinkable at the scale of the living Earth entire — or in many cases at much lesser ones — is, under high-resolution in key physical parts, the only way to stem its loss.

Failing to make ecologically productive assets and their dividend flows visible to a human economy that perceives its entire universe, from cotton to a human life, in the scale of commodity value, leaves those assets invisible to that economy’s appetites. That is why we are rapidly exhausting them. It is the big white lie we tell ourselves to justify the ecological fraud at the heart of our economy.

There are many ways to render our natural infrastructure more brightly visible to the economy, that do not rely on signing over title to the atmosphere and oceans to private shareholders. Costanza himself is among the authors of one especially innovative idea that I’ll describe in a future column.

For now, his team has made an important start to raising the light level on our shady human accounting.

Further reading:
Changes in the global value of ecosystem services, by Robert Costanza et al, can be read or downloaded at: https://sites.google.com/a/idakub.com/www/CV/publications/2014_Costanza_GlobalValueUpdate.pdf