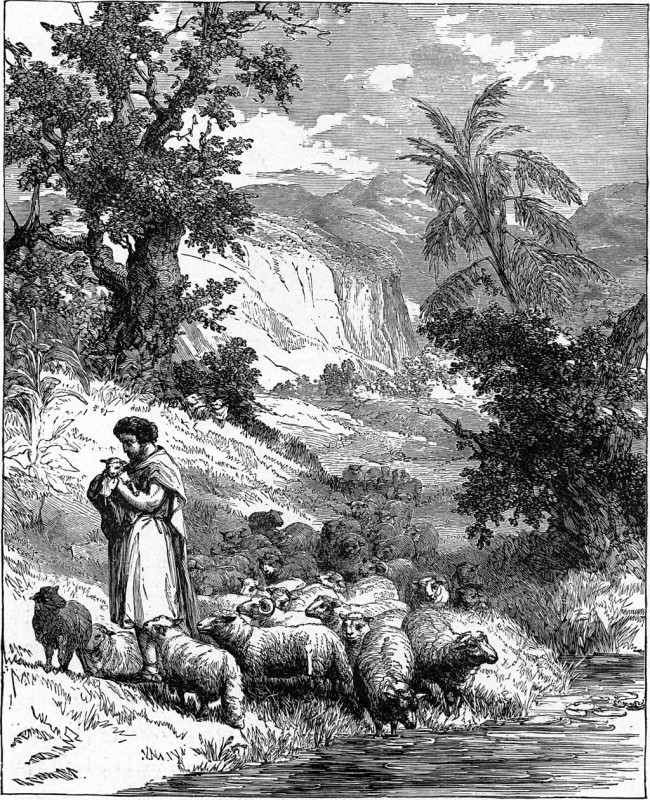 An illustration from Bible Pictures and What They Teach Us by Charles Foster, 1897. Public domain.

Canadians have been aware for some time that their Prime Minister subscribes to an arcane fundamentalist strain of Christianity. Being the polite and generally go-along types we are, we have quite properly left his faith between the man and his God. However, it is now evident that Canada’s P.M. is a credulous disciple of another not-so-fringe and much more dangerous faith, about which we have every right to be deeply concerned.

Stephen Harper is an acolyte of an especially purist strain of neo-liberalism, a pseudo-scientific theology replete with parables, miracles and catechisms of faith. It is to reliable modeling of reality roughly what witches and alchemists were to modern science. (Then again, Harper might welcome the parallel; he has spent most of his majority term metaphorically stoning Canada’s public scientists and burning their labs.)

Nonetheless, among this faith’s central tenets is the idea that to make a profitable omelette, some eggs just gotta break. Or, as Harper himself has intoned, justifying his refusal to defend his country’s environment or the global climate: “No country is going to take actions that are going to deliberately destroy jobs and growth in their country.”

It’s the black and white thinking of dogma, like good and evil, believer or heretic. Choose one: a paycheque or, you know, air. We have a tragic history of this illusion in my country, where the rotten-egg stench of a pulp mill — often a town’s only reason for being — was colloquially described as ‘the smell of money’.

This magical thinking was always dangerous in the way delusion is normally dangerous. But at last, in a highly welcome development, it is increasingly being called out for its error by economists more based in reality (think of these as the Communitarians of the faith, or perhaps the Pope Francis Catholics). In fact, something rather like a Reformation is sweeping the ecclesiastical strongholds of market idolatry.

Sophie’s choice is a false one. We don’t need to sacrifice our biological living quarters to earn a livelihood. The ‘smell of money,’ the tradeoff of clean lakes and streams for an income, the jobs-v-climate shakedown; these are all snake oil, the distracting prestidigitation of stage magic, the babble of fraudulent preachers talking in tongues and waving a fistful of vipers.

They may not quite amount to Luther’s 95 Theses, but here is just a little of what the Reformation in economics has been asserting:

The World Bank finds in a recent publication that tackling climate change would boost world gross economic product by $2.6 trillion within 16 years. Even if only the United States, China, Brazil, India, Mexico and the European Union acted to cut emissions, world GDP would still rise 1.5 percent more than on its current track.

Prime Minister Harper’s secular congregation dismisses the idea of penalizing greenhouse emissions with a price on carbon as a “job killer.” The International Monetary Fund, however, says that far from shrinking Canadians’ prosperity, establishing a carbon tax of about $30 per ton of CO2 emitted, and designed (like one in place in the province of British Columbia since 2008) to be ‘recycled’ through reductions in other taxes, would actually boost the country’s growth by close to 0.8 per cent of GDP — about as much as Canada’s economy expanded in the first three months of 2014.

Then there’s the price, apparent to those occupying the real world, of not acting to stem increasing climate damage and reduced natural security.

Sea-level rise alone puts more than US$700 billion in coastal property at near-term risk. In a smaller Canadian study, the University of Toronto-affiliated Mowat Centre projected that property value lost to climate-driven declines in Great Lakes water levels will cost lakefront home-owners in Ontario $794 million by 2030.

Most recently, international investors representing financial assets worth $24 trillion — yes, trillion; that’s more than a quarter of the entire world’s 2012 economic product — urged national leaders to take much stronger action to limit climate disruption. They are concerned for their investments.

They have understood that there are not two sets of accounts, nor can the one marked ‘nature’ be drawn down perpetually to inflate another marked ‘wealth.’ This particular economic fable could be once be rationalized, if not justified, by the appearance that there was always another valley to deforest, another mountain to mine and seacoast to fish out, just beyond the next hill. Even that has been counter-factual since at least 198O. As I have observed before, humanity is now in an ahistorical but increasingly acute state of habitat scarcity. There are no more valleys over the next hill.

But when fact collides with faith, we know which usually wins. Indeed, the neo-liberalite catechism accepts even more fundamentally irrational beliefs than that as inerrant doctrine: ‘perfect knowledge’, ‘the invisible hand’, ‘infinite substitutability,’ ‘rational self-interest,’ the universal blessings of ‘comparative advantage’ and the evanescent Grail of the ‘free market’ are also core articles of the creed.

Mystical thinking almost always leads to a painful collision with reality—often most painful when mixed with politics, at any level. The television brought this point home to me recently with a documentary about the Biblically deranged Reverend Jim Jones, who successfully convinced 900 people to poison their children and themselves with tainted Kool-Aid in a jungle clearing.

Rev. Harper’s Kool-Aid economics are contributing to many times that many deaths every year. They may even do for the jungle. 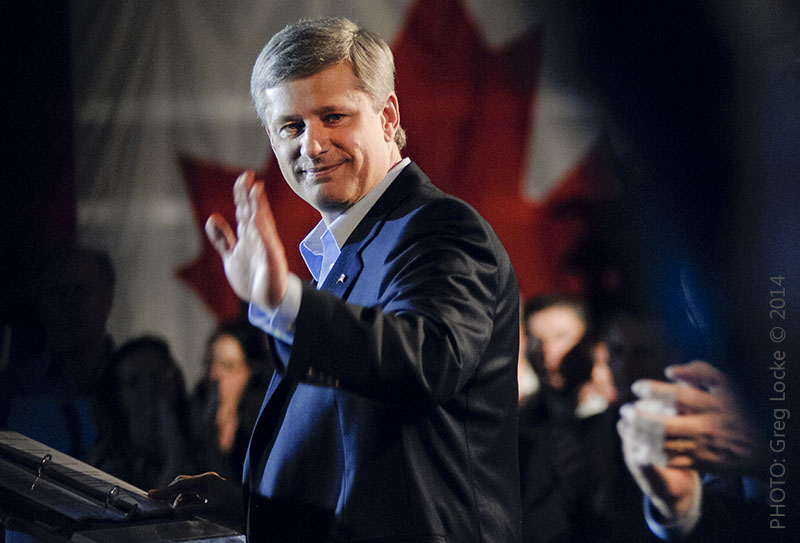