It seems beyond doubt that the co-pilot of Germanwings flight 4U9525 made a conscious decision to destroy the plane and kill the passengers. As with all other “murder-suicides”, this is a psychological phenomenon that demands an explanation, and action to prevent future tragedies as far as that is possible.

But it’s not simple – and while it is entirely right to understand the psychological make-up of the young man who appears to have been responsible it’s not as simple as blaming “mental illness”, much less “depression”.

It is very rare indeed to be a victim of a murder-suicide event and in those rare circumstances where risk is associated with mental health, it’s almost always associated with the risk to the person with the mental health issue, whether from their own actions or from violence directed at them by other people. Murder-suicide events should be seen as related to a specific individual and their particular circumstances, rather than simplistically explained in terms of a person “having a mental illness”.

Of course these types of actions can each be very different. It can involve family members or those close to or known to the perpetrator – for example colleagues or classmates. Others might involve strangers and, in the case of Andreas Lubitz on the Germanwings flight, probably a mix of both. Some actions may be more detached than others, for example the use of a gun or in this case an action from a closed cockpit. Each tragedy is unique.

However we do know some things about why people violently attack others and then end their own lives. We know from the other (admittedly very rare) murder-suicide events, that these attacks are usually carried out by young men (young men are, in our society, much more likely to be aggressive), a sense of alienation and resentment against other people and society (often fuelled by very real prejudice and unjust social circumstances), a sense of disillusionment and hopelessness, and attraction towards notorious glamour – often, ironically, fuelled by the kinds of headlines that I and my colleagues in mental health resent. And of course ready access to lethal weapons. 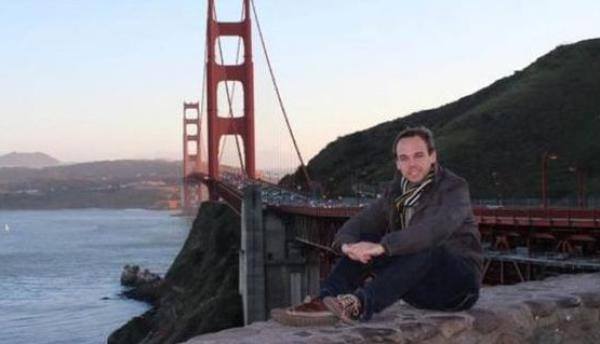 Some of these emotions and belief systems are recognisably similar to the misery suffered by many millions of people who, of course, have no intention to harm themselves or others (even if they occasionally take a few days off work, seek professional help or even seek a medical solution). It’s disrespectful and discriminatory to suggest that, because people in these violent, alienated or resentful frames of mind have some similarities with people in more understandable distress, depressed people should not be allowed to fly passenger jets (as the Daily Mail and Piers Morgan have implied) or that “depression” or “mental illness” can somehow explain these events.

James Ogloff, a psychologist and the director of Swinburne University of Technology’s Centre for Forensic Behavioural Science, has said that those who commit murder-suicide “have more in common with a suicidal person than a murderer” – but we know of course that the vast majority of the more than 800,000 people who take their lives each year have no intention of taking other lives. Murder-suicide events suggest, then, people “particularly resentful and angry against society broadly, or against a particular organisation”.

In circumstances when these kinds of events do happen we need to be clear about how rare they are and create a culture whereby people struggling with mental health problems will feel comfortable with sharing those ideas with their friends, their relatives, their colleagues and their bosses.

In the US and in other countries, there have been instances of murder-suicide events in places such as schools. Last year Elliot Rodger killed six people and injured another 14 in Isla Vista, California before turning his gun on himself. Such actions affect the more than those directly involved, particularly the families of those who decide to kill others before themselves.

Part of the enormously complex picture here is the ready accessibility of lethal weapons. That’s why America, with its culture of domestic gun-ownership, suffers disproportionately from these kinds of tragedies. In the Germanwings tragedy, it does appear at first sight that the co-pilot used his aircraft as a weapon (something we know is not impossible).

But it doesn’t really make sense to suggest that we would be protected if people with mental health problems were prevented from obtaining pilots’ licences. To proceed down that route seems impractical – we wouldn’t want to identify common and, in this context, irrelevant mental health issues (such as “depression”), since they are only tangentially related to this kind of behaviour. In any case, these are routinely screened for.

What we would have to do is identify young men with a sense of alienation and resentment against other people and society, a sense of disillusionment and hopelessness and the intention to kill others in a bid for notoriety. We should all be on our guard for such traits, though demonising people with mental health problems will not prevent this kind of event from happening.

So what should – what could – we do? I think we should encourage people to be open to their mental health and psychological well-being, and to seek help when necessary. We all share idiosyncrasies in our psychological make-up, and all of us experience problems from time-to-time which, when serious, get labelled as “mental health problems”. But these have nothing to do with the rare actions of mostly lone individuals.

Perhaps most importantly, we should also look to common-sense security precautions. Many airlines have introduced new security regulations to ensure that there are at least two members of the flight crew on the flight-desk at any one time. This is a perfectly reasonable response. It remains to be seen what else could have been done by the airline to prevent this terrible tragedy but there will no doubt be a close investigation and intelligent recommendations. These recommendations may well include calls for greater openness and acceptance of psychological issues and those mental health problems that are common to all of us.

Facts and Opinions is an online journal of select and first-rate reporting and analysis, in words and images: a boutique for select journalism, without borders. Independent, non-partisan and employee-owned, F&O performs journalism for citizens, funded entirely by readers. We do not carry advertising or solicit donations from foundations or causes. Help sustain us with a donation, by telling others about us, or purchasing a $1 day pass or subscription, from $2.95/month to $19.95/year. To receive F&O’s free blog emails fill in the form on the FRONTLINES page.