Jeremy Corbyn and the economics of the real world 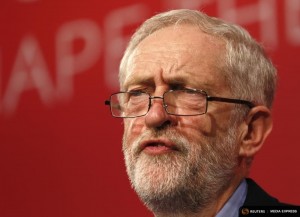 As the creator of what has come to be known as Corbynomics, my ideas on what is now known as People’s Quantitative Easing, progressive taxation, tackling the tax gap and other matters caused quite a stir in the Labour leadership race.

They are all policies that, in my opinion, are at the core of tackling the austerity narrative that has dominated the UK political debate. They are designed to put the country back to work on a fair and level playing field.

It is with this in mind that I am about to start teaching a course entitled Economics of the Real World at City University. I think there is a considerable overlap between the ideas I hope to explore with my students and the reason for Jeremy Corbyn adopting some of my thinking this summer.

I consider myself a political economist. We could argue for some time about where the boundaries between the two disciplines might be, but most can spot it with ease. It is, in my opinion, a sad fact of life that too many macroeconomists now consider research to be focused almost entirely on correcting theoretical aberrations in models of general equilibrium that bear little or no relationship to the real world. As an exercise in theoretical mathematical modelling this process creates academic curiosity, but I have my doubts about what it contributes to the real world.

In the real world of political economy that I wish to explore with my students in due course, there are three big themes.

It is my belief that there is no form of measurement, whether economic or (as importantly) in accounting, that is value-free. The choice of what we measure frames the debates we have. And the tools we use and the options they accept or reject are entirely subjective.

For example, to highlight one of my long-running areas of concern, the fact that companies deliberately use complex financial structures to hide 60% or more of their global trade from view in their financial statements (and enjoy tax breaks as a result) is not by chance. It is instead a deliberate decision to present a particular – and so inherently biased – view of globalisation that has had enormous significance for the structure of both trade and finance. To ask why those choices were made is therefore vital if the reason for seeking an alternative perspective, with all the policy implications that follow, is to be properly appraised.

My point is that it is clear that the economist is not an objective observer. His or her decisions necessarily affect the real world: the very act of measurement itself has an impact.

So how does this relate to Jeremy Corbyn? As a newly appointed academic I am all too well aware of the importance of the “impact” of my forthcoming work. What astonishes me, in that case, is how little work by so many UK academics in the fields of economics, accounting and tax has any chance of achieving that impact. It is not, it seems, ever designed to reach out to those who might have the chance to effect change by making use of it.

It is my hope that this is an issue that a new Labour leader might address. If the Labour leadership campaign has proved anything it is that there is need for a change in economic thinking if those policies to be offered in 2020 by all parties – but most especially those on the left – are to resonate with people anxious for change.

What also seems very obvious, is that politics is not, at present, either the source or repository for that thinking. In that case, the chance for meaningful dialogue between academia and Labour does at this moment appear to be high, and with it the prospect of real, impactful, engagement.

That is why I hope a new Labour leader will reach out to academia and positively invite new ideas, research, thinking, dialogue and so policy formulation. Now is the time for this. The politicians and academics involved all have until 2020 to achieve a result. There is a desperate need for an economics of the real world that is quite deliberately intended to change not just measurement, but reality.

Richard Murphy is a Professor of Practice in International Political Economy, City University London.  This article was originally published on The Conversation. Read the original article.