How to write a best-selling novel

Every now and then I come across excellent advice for the apprentice writer. There was a fine recent article, for example, in The Big Thrill (the house magazine of International Thriller Writers) on “how to lift the saggy middle” of a story. Like baking a cake. And then there is Eden Sharp’s The Thriller Formula, her step-by-step would-be writer’s self-help manual, drawing on both classic books and movies. I felt after reading it that I really ought to be able to put theory into practice (as she does in The Breaks). 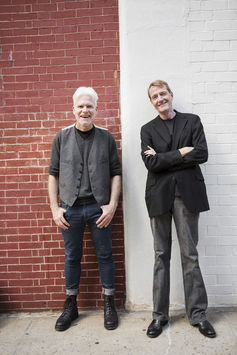 But then I thought: why not go straight to the source? Just ask a “New York Times No. 1 bestseller” writer how it’s done. So, as I have recounted here before, I knocked on Lee Child’s door in Manhattan. For the benefit of the lucky Child-virgins who have yet to read the first sentence of his first novel (“I was arrested in Eno’s Diner”), Child, born in Coventry, is the author of the globally huge Jack Reacher series, featuring an XXL ex-army MP drifter vigilante.

It is a golden rule among members of the Magic Circle that, when asked: “How did you do that?”, magicians must do no more than smile mysteriously. Child helpfully twitched aside the curtain and revealed all. Mainly because he wanted to know himself how he did it. He wasn’t quite sure. He only took up writing because he got sacked from Granada TV. Now he has completed 20 novels with another one on the way. And has a Renoir and an Andy Warhol on the wall. Windows looking out over Central Park. Grammar school boy done well.

He swears by large amounts of coffee (up to 30 cups, black, per day) and cigarettes (one pack of Camels, maybe two). Supplemented by an occasional pipe (filled with marijuana). “Your main problem is going to be involuntary inhalation,” he said, as I settled down to watch him write, looking over his shoulder, perched on a psychoanalyst’s couch a couple of yards behind him.

Which was about one yard away from total insanity for both of us.

Especially given that I stuck around for about the next nine months as he wrote Make Me: from the first word (“Moving”) through to the last (“needle”), with occasional breathers. A bizarre experiment, I guess, a “howdunnit”, although Child did say he would like to do it all again, possibly on the 50th book.

Maybe I shouldn’t be giving this away for free, but, beyond all the caffeine and nicotine, I think there actually is a magic formula. For a long while I thought it could be summed up in two words: sublime confidence. “This is not the first draft”, Child said, right at the outset, striking a Reacher-like note. “It’s the only draft!”

Don’t plan, don’t map it all out in advance, be spontaneous, instinctive. Enjoy the vast emptiness of the blank page. It will fill. Child compares starting a new book to falling off a cliff. You just have to have faith that there will be a soft landing. Child calls this methodology his patented “clueless” approach.

To be fair, not all successful writers work like this. Ian Rankin, for one (in his case I relied on conventional channels of communication rather than breaking into his house and staring at him intently for long periods) goes through three or four drafts before he is happy – and makes several pages of notes too.

And yet, with his Rebus series set in Edinburgh, Rankin has produced as many bestsellers as Child. Rebus also demonstrates that your hero does not necessarily have to be 6’5” with biceps the size of Popeye’s. And can be past retiring age too, as per the most recent Even Dogs in the Wild.

Child has a few key pointers for the would-be author: “Write the fast stuff slow and the slow stuff fast.” And: “Ask a question you can’t answer.” Rankin also advises: “No digressions, no lengthy and flowery descriptions.” He has a style, and recurrent “tropes”, but no “system”. And Child is similarly sceptical about Elmore Leonard’s “10 rules of writing”. “‘Never use an adverb’? Never is an adverb!” And what about Leonard’s scorn for starting with the weather? “What if it really is a dark and stormy night? What am I supposed to do, lie?”

Child never disses other writers. OK, almost never (there is one he wants to challenge to unarmed combat). But he is dismissive of a certain writerly attitude, a self-conscious mentality which he summarises as follows: “Hey, Ma, look – I’m writing!” And here we come close to the secret, the magic potion that if you could bottle it would be worth a fortune in book sales. Do the opposite. If you want to be a writer, the secret is: don’t be a writer. Try and forget you are writing (difficult, I know).

This is why both Child and Rankin speak with such reverence for the narrative “voice”. And why both privilege dialogue. The successful writer is a throwback to a vast, lost, oral tradition, pre-Homer. Another thing, fast-forwarding, they share in common: the default alter ego is rock star. It’s all about the vibe. Everything has to sound good when you read it aloud.

But if you seriously want to be a writer, think like a reader. Child explained this to me the other day in relation to his novel, Gone Tomorrow, set in New York, which is now often used to teach creative writing. “I introduce this beautiful mysterious woman. I started out thinking: I want my hero to go to bed with her. And then I thought: hold on, isn’t the reader going to be asking: ‘What if she is … bad?’” A small but crucial tweak: one letter – from bed to bad.

“So!“ you might well conclude, “isn’t this bloke like one of those con men who offer to show you how to make a fortune (for a modest outlay) and you think: ‘Well, why don’t you do it then?’” Fair comment. Which is why I am starting a novel right now about an upstart fan who tricks his way into a successful writer’s apartment and steals all his best ideas. I don’t know why, it just came to me in a flash of inspiration. Maybe that, in a word, is the core of all great art: theft.

Andy Martin is a Lecturer, Department of French, University of Cambridge. This article was originally published on The Conversation. Read the original article. Andy Martin in conversation with Lee Child is part of the Cambridge Literary Festival on April 14.