Ron Hynes: the man of 1000 songs departs for Cryer’s Paradise 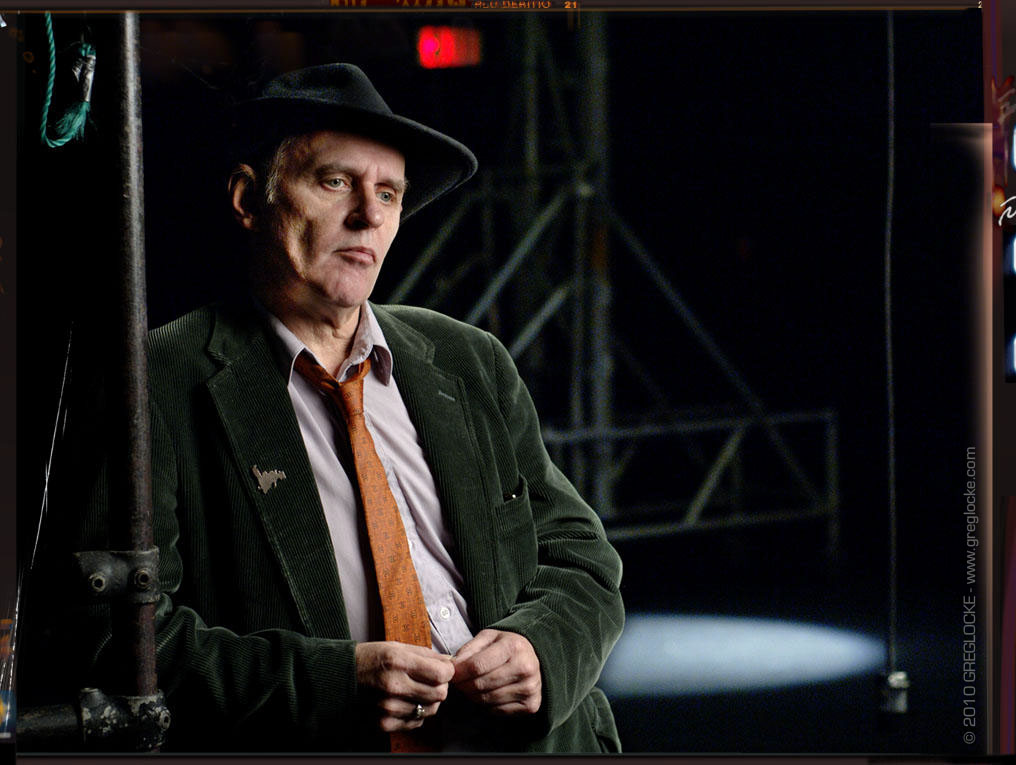 Newfoundland singer-songwriter and musical legend, Ron Hynes, died Nov. 19. He was 64. In an ironic coincidence there was a power failure in downtown St John’s around the same time. Across the bar I heard someone say, “I guess Ron turned the lights out when he left.”

Hynes’ music and writing marks a generation that began with Newfoundland’s cultural renaissance in the 1970s. It saw the rise of The Mummer’s Troup, Figgy Duff, Wonderful Grand Band, CODCO, Breakwater Books, Newfoundland Independent Film Co-op and visual artists such as Christopher Pratt, David Blackwood, Gerald Squires and Reginald Shepherd … and so many more.

Collectively, their art is the iconography of Newfoundland and, for the current generation, the touch stones and inspiration for the wealth of Newfoundland musicians, writers and visual artists that followed them. There are far too many to mention, but you see and hear them on Canada’s national TV, radio and in the print media almost daily, and some have international acclaim.

Little of Hynes’s work was the happy, cheery folk tunes most people think of when someone mentions Newfoundland music. His was the music of a story teller: tales of the realities of people’s lives; of the odd melancholy; of hard-won culture and existence in wind-blown sea spray, face up to the North Atlantic ocean.

Ron Hynes was known as The Man of a Thousand Songs, the title of one of his more well-known works. And as a songwriter Hynes was on par with the likes of John Prine, Gordon Lightfoot, Bob Dylan and Townes Van Zandt.

His most famous song, Sonny’s Dream, has been recorded by scores of musicians in dozens of countries. It is such a universal story that in many places it has entered into the local cultural canon as a traditional song. Many a Newfoundlander tells of being in pubs in Ireland, and getting into arguments when the song is played (and every pub musician plays it). They will say it’s a Newfoundland song. “No, no, it’s a traditional Irish song,” they are told. This is Mary Black’s fault. She had an enormous hit with it in Ireland.

Hynes’ life was not easy. There were bad deals with record companies (see his song, Record Man), the yoke of addictions, eventually a long struggle with cancer. But he wrote and sang right up to the end. He was working on a new album when he died.

“The body of work that he has left with us is such an enormous treasure for our province and for our people because it is us, it’s our stories and our songs,” said Alan Doyle, of the band Great Big Sea, in an interview. “We had somebody who could record our history in songs that he could sing at a concert and it’s just a beautiful testament.” 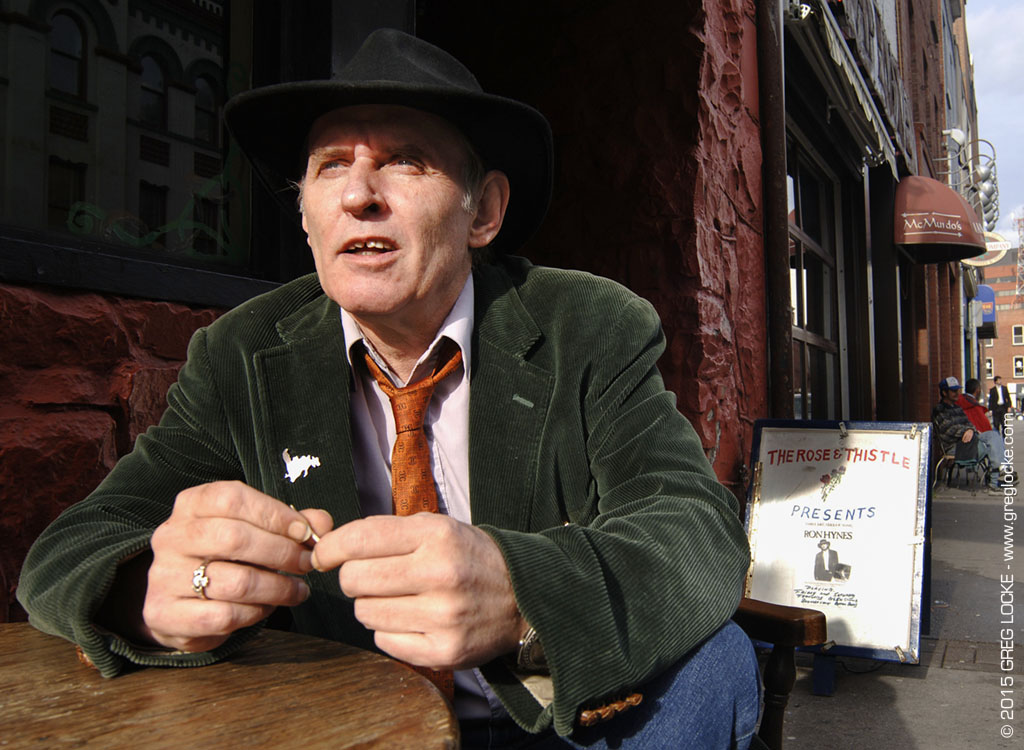 In 2006 I was assigned to photograph Ron Hynes for a magazine story. It would turn into a week long adventure through his world. Calling, connecting, missing, chasing him around the bars and coffee shops of downtown St. John’s. I went with him to shows, for lunch. We talked about the hard life of the artists in Newfoundland. I finally nailed him down to a formal photo shoot at the LSPU Hall. The one-time union hall became Newfoundland arts landmark, where so many of Newfoundland’s musicians, actors, performers and playwrights sprung forth, and where Hynes premiered Sonny’s Dream in a concert in 1977.

In that magazine article for Saltscapes, author Philip Lee wrote, “Ron will keep going so long as his favourite song is the one he’s about to write, so long as he feels there is another great one just around the corner. Every day that he is home he reads the words of playwright Samuel Beckett that he has tacked on his wall: Perhaps my best years are behind me. But I wouldn’t quit. Not with the fire in me now.

“I’ve never been able to escape Newfoundland,” Hynes told Lee, “The decision to stay there has coloured my work forever more.”

On Friday Nov. 20 there was a single candle lit by a statue of Hynes at the foot of George Street, the St John’s bar and entertainment district, where Hynes and his fellow musicians plied their trade for years. By any measure, it’s A Cryer’s Paradise.

Do read Philip Lee’s story, Man of a Thousand Songs about Hynes in Saltscapes magazine. It’s the best profile piece I seen to date about Ron Hynes.

Greg Locke is a founder and the managing partner, visual, of Facts and Opinions. He built the Facts and Opinions website, produces F&O’s photo essays  and occasionally writes for our reports, magazine pieces, and blogs.

Greg Locke has been a professional photographer, media producer and journalist for more than twenty-five years. Locke has covered politics, economics, energy issues, international development and civil conflicts in more than 30 countries, including the fall of communism in eastern Europe in 1980′s, civil wars in the Balkans and the conflicts of central and east Africa in the 1990′s. He has published three books and has been a regular contributor to Canadian Business, Canadian Geographic, Time, Businessweek, Macleans and Forbes magazines.