The treasured Leila Getz, described in the program as “Head Honcho” of the Vancouver Recital Society, welcomed us with her usual enthusiasm. “Thank you for choosing András Schiff over the Super Bowl. The magic begins.” And indeed, it did.

Moments later, the stately, 62-year old master pianist, wearing a knee-length black tunic, walked out from the wings, acknowledged our applause, sat down on the cushioned bench, rested his hands on the top of the piano for 20 seconds of contemplation, and began to play. 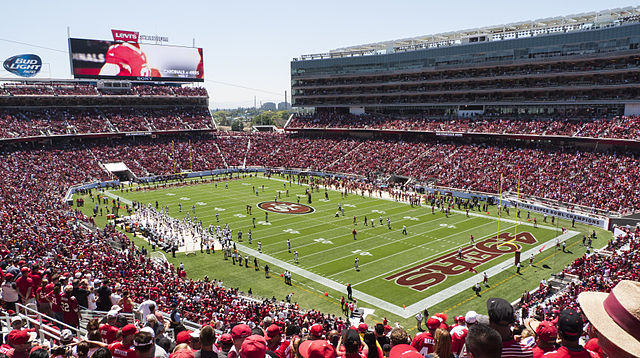 While gazillions tuned into the greatest annual event in the history of the world, aka the Feb. 7 Super Bowl, which surpasses even the Eurovision Song Contest in global importance, I sat entranced, with hundreds of others at the packed Vancouver Playhouse, for Schiff’s virtuoso recital. And to think, my first reaction when I discovered the cultural conflict between Super Bowl L and this long-ago booking was to ditch Schiff.

How could this life-long sports fan not prefer the performance of helmeted, gridiron goliaths bashing away at each other during those engaging snatches of football sandwiched between eight hours of commercials? Luckily, after one unsuccessful attempt to unload my Schiff ducat, I came to my senses. Denver and Carolina? Snore me big. Plus, I had PVR. András Schiff, it was.

The program by the renowned Hungarian-born maestro, no “hairy hound from Budapest” he, was sublime, even to these unclassical ears. Entitled The Last Sonatas, the program featured four pieces of music by Mozart, Beethoven, Haydn and Schubert, all written during the composers’ final year of life. So there was a poignancy to them, too.

Still, I couldn’t help thinking of the Super Bowl, and how glad I was to be missing it. For one thing, András Schiff played 90 minutes straight. No half-time. Not a single time-out. No five-minute break for commercials every time he switched composers. Lovely. And mesmerizing.

Furthermore, what happened on the keyboard was easily the equivalent of what was taking place on the football field. You don’t believe me? You think a sonata is just a sonata? Take a gander at the commentary by wordsmith extraordinaire Donald G. Gislason in the programme notes.

Which is better? Another lame pass by Peyton Manning or the Star Wars-tinged Allegreto from Mozart’s Sonata in B flat major K. 570 “with its recurring tick-tock beat, [summoning] up the mechanical world of clockwork music, and [featuring} some robotic C-3PO-style humour in its cosmic leaps and mock-confused meanderings of imitative counterpoint”? To say nothing of Mozart’s ability to provide more than taco chips and chili at halftime. “[He is] like a celebrity chef challenged to create a multi-course meal using only a few ingredients,” Gislason tells us. “Mozart is masterfully economic in this movement, constantly re-using his material over and over again, making garnish and main course at will.”

I was hardly sorry to have missed all those third-and-outs by Manning and “Fig” Newton, when I got to hear the second movement from Franz Schubert’s Sonata in A Major D. 959: “A tour de force of compressed emotional energy that explodes into near-chaos in its middle section. It opens with a simple, sparsely textured, repetitive lament that circles fretfully round itself like a madman rocking back and forth in his hospital chair. More wide-ranging harmonic ravings lead to an outburst of unexpected violence and eventually to a dramatic confrontation.” Just like Von Miller taking down Carolina’s haughty, pouting quarterback.

And okay, there have been worse half-time shows than Beyoncé, the Mars guy and Coldplay, but Beethoven’s Sonata in A flat major Op. 110 gave them a pretty good run for the money. “Beethoven lards his first section with rhythmic irregularities, dynamic surprises, dramatic pauses, and other raw signifiers of loutish humour,” enthuses Gislason. “The central section continues the mayhem with a series of tumble-down passages high in the register, rudely poked from time to time by off-beat accents”. With the added thrill of “[hearing] the same major chord, repeated over and over, getting louder and louder, leading back to the fugue theme…” A true pop sonata by that 57-year old hipster, Ludwig van. I slay, indeed….

So, all in all, with the help of a few, pretty fair country composers, András Schiff was my Super Bowl MVP, man of the match in every way. (In fact, the Stupor Bowl, still plodding along when I got home, was so boring, I wound up switching to curling, as its no offense and numbingly-long commercial breaks came to a stultifying close.)

I never bothered with the PVR.

This is where we have come to. We have, as a society, become obsessed with trivial pursuits. Not that this is necessarily a new development. As journalist H.L. Mencken said , you”ll never go broke underestimating the intelligence of the American public. We have always been rather easily baffled by bullshit. But the advent of the Internet and social media has kicked this cultural trait into hyper-drive.