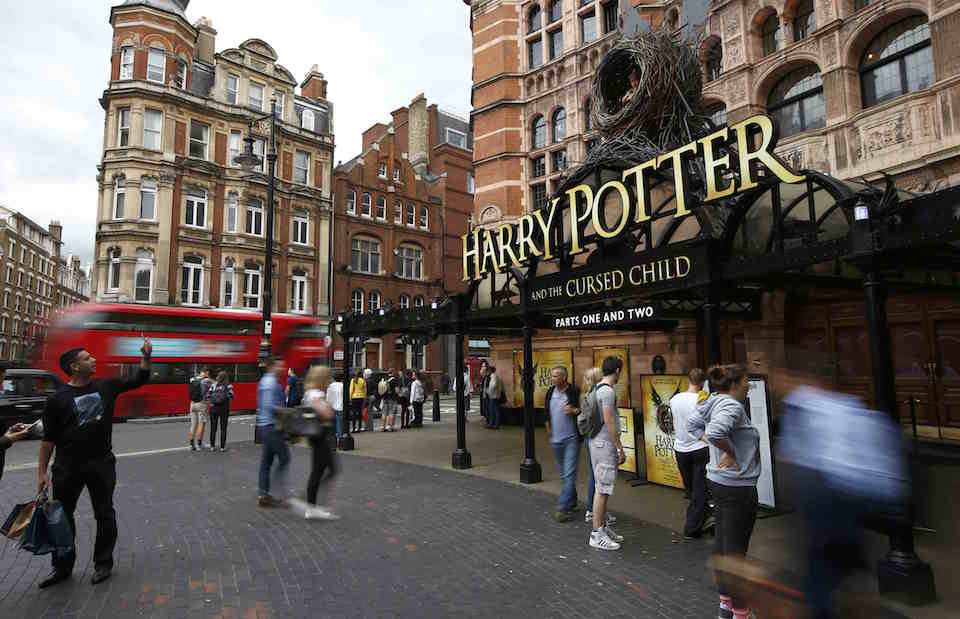 People stand outside The Palace Theatre where the Harry Potter and The Cursed Child play is being staged, in London, Britain July 29, 2016. REUTERS/Peter Nicholls

LONDON (Reuters) – Harry Potter has cast his last spell, his creator J.K. Rowling said at the gala opening of “Harry Potter and the Cursed Child” in London’s West End theatre district on Saturday.

Asked whether the stage production, and the publication of its script, which is being billed as the eighth in the Harry Potter series, heralds a new phase of stories, Rowling said:

“No. No. He goes on a very big journey during these two plays and then, yeah, I think we’re done. This is the next generation, you know. So, I’m thrilled to see it realised so beautifully but, No, Harry is done now.”

The British writer said it was not a difficult decision to put her Potter creation onstage thanks to producer Sonia Friedman’s vision for the show. 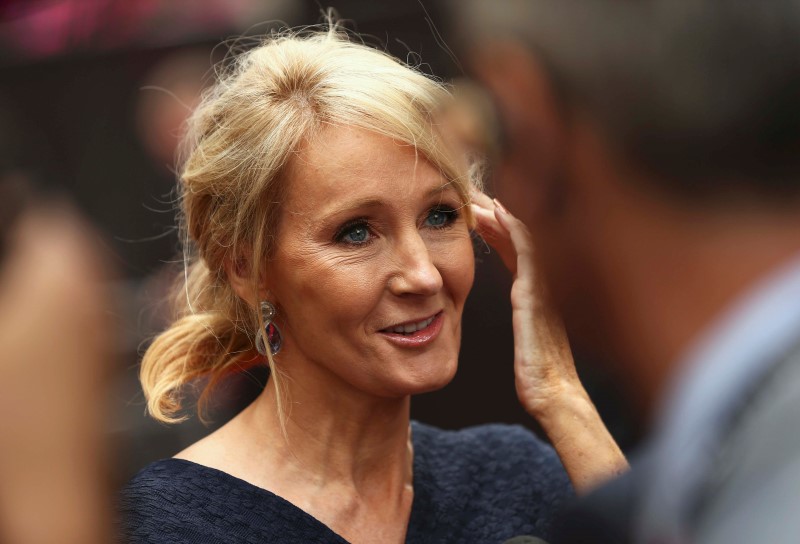 Author J.K. Rowling speaks to media as she arrives at a gala performance of the play Harry Potter and the Cursed Child parts One and Two, in London, Britain July 30, 2016. REUTERS/Neil Hall

“(It) chimed perfectly with the material I had about the next generation and I could see it would work perfectly. So, I never wanted to write another novel, but this will give the fans something special.”

Young Harry Potter enthusiasts from around the world queued outside the ornate Palace Theatre for a glimpse of Rowling and the cast of the production.

Based on an idea by the British author and Potter creator, the play and book feature a grown-up Potter as an overworked employee of the Ministry of Magic and father of three children who is grappling with his past.

The play, which is sold out through May 2017, opens ahead of the November movie version of Rowling’s Potter spinoff book “Fantastic Beasts and Where to Find Them,” and follows the opening in April of a second Harry Potter attraction within a theme park, this time at Universal Studios in Los Angeles.