Who is Patrick Modiano, and why don’t most of us know him? 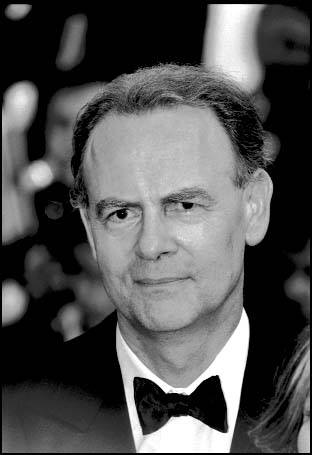 To the English-speaking world at least, the awarding of the 2014 Nobel Prize for literature to French author Patrick Modiano will probably have come as a surprise. Many won’t even have heard his name.

There is good reason for this. He is renowned in his native France for keeping a very low profile, only venturing into the public spotlight momentarily with the appearance of each new novel. What’s more, few of his novels have been translated into English.

This is probably because the incredibly distinctive ingredients of his universe do not travel particularly well. The poetic, evocative prose that works so well with his fragmented, mysterious narratives, his famous “petite musique”, cannot in translation do the original any justice whatsoever.

This distinctive “little music” is one of the many things that make Modiano’s writing unique. His extensive knowledge of French literature, culture and history is energetically displayed from his very first novel, La Place de l’Etoile (1968). His admiration for Proust and Céline and his love of French poets like Verlaine are a constant in his work. Verlaine’s rhythms can sometimes be seen to infuse his own writing.

Modiano views time, memory and the past as the subject matter of all great novels – and this and a fascination with identity underpin his fictional universe. He writes a very hybrid kind of text in which various elements pull against each other generating the ambiguity that has become his trademark. And so the highly literary combines with elements of the detective or crime novel. Historical figures and details from his own life sit alongside the purely invented and the distinction between the two is hard to discern.

His characters likewise often roam over boundaries; are introduced in one work and then crop up again in another or others. Sometimes they are the same, sometimes slightly different (a knowing nod to Balzac’s famous technique). So many of these links exist that it is often said that each successive book is in effect a new chapter of a unified magnum opus that has yet to be completed.

In much the same way that Modiano draws on a wide variety of source material, so too does his writing take on different forms. Although he is best known for his novels, he has also produced, for example, shorter fictional pieces and children’s books, and he has contributed to a number of films, most notably Louis Malle’s Lacombe, Lucien, for which he co-wrote the script. A past member of the Cannes Film Festival jury, Modiano has long been fascinated by the cinema and his fiction is characterised by cinematic techniques – focusing, blurring, dissolves, cuts. This is perhaps why a number of his novels have been adapted (not always successfully) for the screen.

In France, Modiano’s fiction initially made an impact because of its unconventional focus on the dark years of the wartime Occupation and more particularly on the poorly-known French Gestapo. But nowadays he is appreciated as a writer of mysteries which are investigated but never fully solved, a writer who, through this basic device, explores concerns which are of moment today and will remain so. His novels think about the irrecoverability of the past, preserved only partly in documents and in memory – and to which mere “traces” provide some tantalising insight. The interaction between past, recollection and identity is the chime that runs through his work, highlighting our inability really to know others and in many ways ourselves.

He may well be “a Proust for our time”, as Peter Englund said when announcing the Nobel award, but he is also in many ways the antithesis of the author of A la Recherché du Temps Perdu. He is committed to writing novels that can be read in a single sitting and which are extremely accessible, even if their apparently simple style can seem to mask a concern with serious issues.

For all of these reasons, Modiano’s fiction is of course best read in the original French. But should Anglophone readers wish to test the waters with one of the translations, then The Search Warrant, about an investigation into a young Jewish girl deported and killed in the Nazi death camps, may be a good place to start.

Patrick Modiano certainly deserves to be better known outside of his native country. There, he has consistently had the happy knack of appealing to critics, intellectuals and academics, while at the same time unfailingly featuring in the best-seller lists. France will not have been surprised by the novelist’s success.

Alan Morris, a Senior Lecturer in French at Strathclyde University, receives funding from the British Academy; The Carnegie Trust for the Universities of Scotland