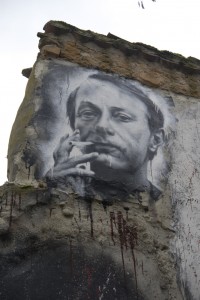 When gunmen (thought to be radicalized Muslims) burst into the offices of Charlie Hebdo on the morning of January 7, the front page of the satirical newspaper’s most recent edition featured a caricature of French author Michel Houellebecq. The same day, his new novel Soumission (Submission) had been released – a fictionalized account of France’s election of an Islamist president in 2022.

“In 2022, I’m observing Ramadan!” the cartoon of a ragged, cigarette-smoking Houellecbecq exclaims.

Submission had generated controversy even before its publication. Many on the Left worried that its depiction of an Islamicized France would be a boon for Marine le Pen’s anti-immigrant National Front party. And while François Hollande, France’s socialist president, has promised to read the novel, many have condemned it as Islamophobic.

Who is Michel Houellecbecq? Though largely unknown in the United States, Houellecbecq (pronounced well-beck) is one of France’s most popular and commercially successful living authors. Many consider him to be France’s most significant literary export in decades.

Even before Submission, the author was no stranger to controversy. Houellecbecq first came to prominence on the French literary scene in 1998 with the publication of Les Particules élémentaires (The Elementary Particles), a novel that describes the collapse of Western civilization from the point of view of two disaffected half-brothers.

The major point of contention in the novel was its disparaging treatment of post-60s culture in France (like the U.S., France was marked by anti-establishment protests in 1968) and its scathing criticism of sexual liberalism. The novel depicted a post-60s France awash in depression, social and sexual isolation, as well as moral and religious decay. From the point of view of the Left, it was read as an indictment of the values of a whole generation.

At the same time, the novel was equally unsympathetic to free-market capitalism, which caused a significant clamour in the right-wing media. In this respect, Houellebecq perplexed both the Left and Right in France: the media had difficulty determining where to place him along the traditional ideological spectrum. The novel also prominently featured the sexual exploits of its characters (one of the half brothers, Bruno, is a frequent visitor of nudist colonies) so many in the press criticized the novel for celebrating the very moral decadence it seemed to condemn.

Subsequent novels such as Plateforme (Platform), La Possibilitié d’une île (The Possibility of An Island) and La Carte et le territoire (The Map and the Territory) also garnered their fair share of controversy. Platform, for example, recounts the attempt by several French citizens to create a sex resort in Thailand, which ends in tragedy when Muslim terrorists attack the resort and kill or maim most of the vacationers. It’s worth noting that Platform was released during the fall literary season of 2001, just before the attacks of 9/11.

La Possibilité d’une île (2005) tackled the issue of glorifying youth culture and the physical and moral neglect of the elderly. It explicitly evoked the deadly European heat wave of 2003, which claimed the lives of thousands of elderly people who died in nursing homes while their families were away on vacation. In 2010, Houellebecq won the prix Goncourt, France’s highest literary prize, for La Carte et le Territoire, but more controversy arose when journalists discovered that Houellebecq had lifted brief passages from Wikipedia articles.

In translation, Houellebecq has enjoyed broad popularity in Europe, though in the United States he remains relatively unknown. Much of this is due to negative reviews his novels have received in left-leaning intellectual publications such as The New Yorker and The New York Times. But there’s also the perception that the author’s work is somehow “too European” to appeal to a broad American audience. His novels are filled with themes of cultural and economic decline, psychological stagnation, sexual desperation, and rampant materialism. It would not be too much of a stretch to say that Houellebecq’s work feeds brilliantly off the decline of European civilization in the 20th century. This message, if it is not lost on Americans, is at least antithetical to their cultural myth of progress and the American dream.

But American readers may now take notice of Houellebecq’s most recent novel: Submission deals with the pan-western concern of a globalized Islam, and in the wake of Wednesday’s shootings will certainly receive even greater scrutiny. One can only wonder how prescient it will be: how will the role of Muslims in politics change? And how will the far-right respond to – or even exploit – the tragedy? 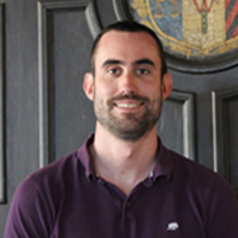