Alice Munro: Nobel a victory for the neglected short story 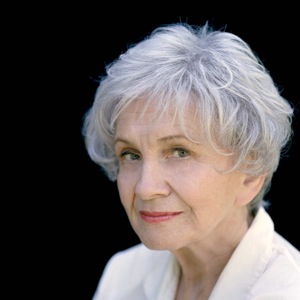 The announcement of Alice Munro as 2013’s winner of the Nobel Prize for literature marks the high point in the 82-year old writer’s long career, but also a significant recognition for the form with which she is so closely aligned, the short story. She has been called “Our Chekhov” by the American writer Cynthia Ozick.

Munro began her career publishing stories in literary magazines, selling her first at 18, before going on to publish collections including Open Secrets and The Love of a Good Woman. Even her novel, Lives of Girls and Women, reads more like a series of semi-autobiographical episodes sharing a narrator, rather than an unbroken narrative.

Born in Wingham, Ontario, the majority of Munro’s stories are set in the Canadian province in which she grew up. The stories may be set in small towns but their range and depth are anything but trifling. Moving through entire lives and communities, her works do not focus on single epiphanic moments but situate realisations and turning points in the wider context of a life. The lives of women; factory workers, teenage girls, spinsters, have most often been opened out in Munro’s short stories. The finding, losing or hiding of sexualities, the everyday banalities that make up relationships, the myriad ways in which women’s lives impinge on those of others are all explored in focussed, un-embroidered prose.

A friend of mine was teaching a class on Lives of girls and women and one of the women in her class actually came from where I grew up. This woman put up her hand and said, ‘I think the class should know that Alice Munro came from the wrong side of the tracks.’ I thought, yes, I did, and I never realised how much this influenced me.

Many of her characters are frustrated by the inescapability of social hierarchy, particularly in small-town or semi-rural locations where families are known to each other through generations. Canada is not a classless society for Munro. This aspect of her work has led Munro to see herself as an anachronism because she, in her words “write[s] about places where your roots are and most people don’t live that kind of life any more at all”. The Nobel prize confirms her work is contemporary and important and that its local particularity is what gives it its wider significance.

Winning the Nobel prize is sure to boost Munro’s reputation and sales figures, but also to promote the significance of the short story as a globally respected literary form. The short story had sometimes been an overlooked genre, seen as part of a writer’s journey towards longer fiction and particularly the novel.

It has also been a very contested genre, the porous borders between the short story and the novella causing consternation among those who like their fiction to fall into neat categories (the brevity of Ian McEwan’s On Chesil Beach made it a controversial nominee for the 2007 Man Booker prise).

But the short story allows writers to be daring, to do what they might not be able to do in a longer form. It does not have quite the same responsibilities as a novel, not least to keep readers attentive chapter after chapter, and enjoys a rather different relationship to narrative. Its brevity exposes it to other pressures though. Richard Ford has called it an “unforgiving genre”. A long novel can survive the odd ill-placed word or misconceived character, a short story cannot.

Munro rises to the challenges of the form in story after story demonstrating incredible focus and consistency proving herself a worth winner of international acclaim. This Nobel is not just a prize for Munro, but a win for short fiction.

Beth Palmer is Lecturer in English at University of Surrey. This article was originally published on The Conversation. Read the original article.