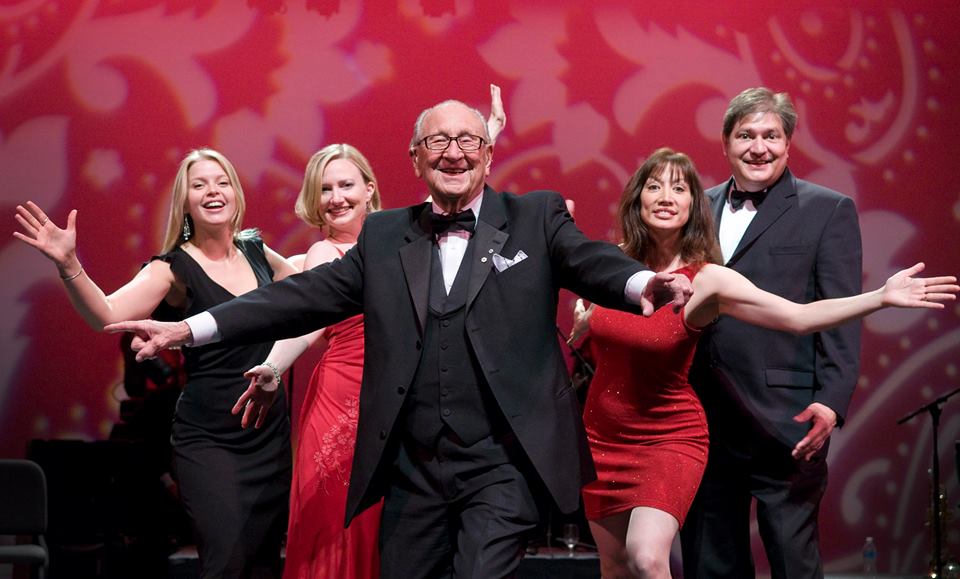 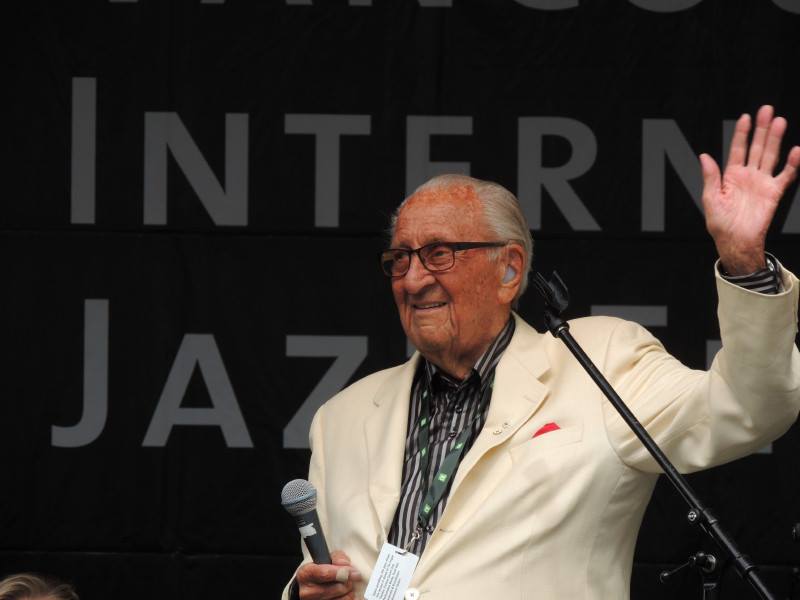 I certainly didn’t know Dal Richards well. But I knew all about him, and I loved running into him. How often do you get to shake hands and say ‘hello’ and ‘thanks’ to a living legend? Vancouver’s King of Swing had a gig every New Year’s Eve for 79 years, which, as the whimsical Richards never tired of pointing out, must be some kind of world record.

This year, Dal didn’t make it. The bandleader, who really did seem like he would live forever, passed away six days short of his 98th birthday on, yes, New Year’s Eve. No one ever accused Dal Richards of not having a sense of occasion.

The thing about Dal was not only his accomplishments as a terrific bandleader and musician, but that he kept on playing. The years rolled by, and you kept wondering, will this be the year Dal Richards finally hangs up his baton, clarinet and sax? But he never really did. He carried on his joyful work well into his 98th year, until a bout of illness near the end stilled him at last.

Richards was a living history of Vancouver, Canada, playing all those joints, dives and booze cruises that have long since passed into the city’s past. And of course, he also had the best regular gig of all, at the swank Panorama Roof on the top floor of the Hotel Vancouver, where his swing band became an institution. Their show was broadcast nationally on CBC Radio for years. Decades later, according to Vancouver Sun chronicler John Mackie, Dal could still recite the mellow announcer’s introductory words by heart: “It’s Saturday night, and the CBC presents the music of Dal Richards and his Orchestra from the Panorama Roof. High atop the Hotel Vancouver, overlooking the twinkling harbour lights of Canada’s gateway to the Pacific, it’s music by the band at the top of the town.”

His run there lasted until 1965, when, as Richards ruefully observed, rock and roll hit like a tidal wave. Big bands were suddenly quaint relics of a bygone era. They now had to scrounge for any gig they could get. On New Year’s Eve 1965, as he told John Mackie, Richards found himself lugging all his stuff up the backstairs of the old Boilermakers Hall on Pender Street for the only date his band could corral. Richards went into hotel management.

Yet he continued to maintain a band for occasional side gigs, and he never gave up his run at the Pacific National Exhibition. A monument on the fair grounds attests to his 77 straight years of PNE appearances. That, too, is surely a world record of some kind, and likely a record for the entire galaxy, as well.

Then, surprisingly, in the teeth of the heavy metal era, big bands mounted a bit of a comeback. Dal Richards was back in demand. His afternoon “tea gigs” at the venerable Commodore Ballroom drew surprising crowds, and he was reborn as one of the city’s leading musicians. Probably half the city has now seen him play at some point. A medical miracle, and a legend to the end. 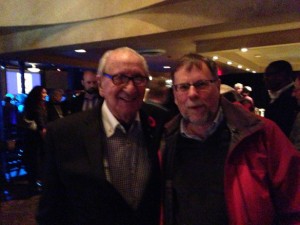 One of the many things I liked about Dal Richards was the fact that he was not some kind of musical recluse, pouring over sheet music, just waiting for his next gig. He was out and about, a man about town. You never knew where you might bump into him, just being a citizen. I’ve seen him at Bard on the Beach, the memorial service for Drew Burns at the Commodore, and just this fall, at a B.C. Lions’ game. For those who don’t know, Richards had a special attachment to the gridiron Lions. His name is forever synonymous with the team’s famous fight song, Roar, You Lions, Roar, which Richards and his band used to play live at Lions’ games. Their recording of the song is still played at B.C. Place after every touchdown by the home team.

Dal also showed up at the opening of the False Creek streetcar run for the 2010 Olympics. Well, someone had to play Chattanooga Choo-Choo. Brilliant journalist that I was, I asked him if he remembered the old Vancouver streetcars. With that wonderful, ever-youthful twinkle in his eye, Dal, then 91, replied: “I remember the horse and buggy.”

RIP, Dal Richards, a happy, happy man. I’m not sure anyone brought more joy to more people in this good old city than you did. May you do the same up there in that Big Band Ballroom in the Sky.

For fans and those few new to the Richards legend, here is John Mackie’s terrific obituary in the Vancouver Sun: http://www.vancouversun.com/richards+vancouver+king+swing+dies/11625321/story.html#ixzz3w1fNkcov

Watch Dal Richards and his orchestra perform In the Mood in 2014 at the Pacific National Exhibition: