Bob Dylan has won this year’s Nobel Prize for Literature. The media has reported on this surprising choice by asking musicians, poets, and writers if Dylan’s songs are indeed “literature”. Irvine Welsh, the author of Trainspotting (1993), made it clear on Twitter that he didn’t think they were:

If you’re a ‘music’ fan, look it up in the dictionary. Then ‘literature’. Then compare and contrast. 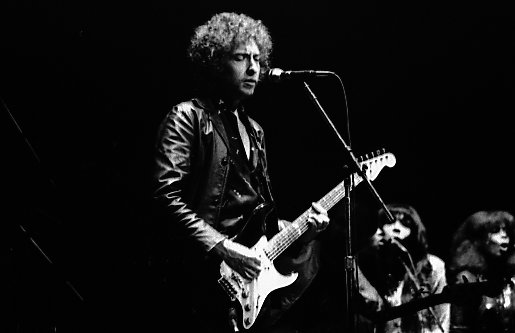 So are song lyrics a type of literature or, more specifically, poetry? The English poet Glyn Maxwell thinks not. In On Poetry (2011), he writes that “Songs are strung upon sounds, poems upon silence”. Inhabiting silence makes poetry the harder and more important art form. Music, Maxwell writes, makes lyrics seem better than when they appear on the whiteness of the page.

But many don’t share Maxwell’s position. The critic Christopher Ricks has long championed Dylan’s song lyrics as poetry. In Dylan’s Vision of Sin (2004), he places Dylan’s songs in a poetic tradition that includes Tennyson and Donne.

Both Maxwell and Ricks, however, ignore an ancient link between poetry and music. Ancient Greek poetry, such as the epics of Homer or the lyric poems of Sappho, were accompanied by a stringed musical instrument called the lyre. It is from the lyre that we get the words “lyric” and “lyrics”.

Perhaps not surprisingly, the Swedish Academy drew attention to this ancient link between poetry and music when announcing its decision. The permanent secretary of the Swedish Academy, Sara Danius, pointed out that Homer and Sappho were “meant to be performed, often together with [musical] instruments”.

But how accurate is it to compare Dylan with Sappho and composers of art song? Dylan belongs to the tradition of blues, country, and Tin Pan Alley (the commercial American songwriters of the first half of the 20th century). He was central in the rise of “Americana”, a mix of folk and popular American musical forms that have little to do with “elite” musical forms such as opera and lieder.

Dylan has avoided taking on the mantle of “poet”. He once described himself as a “song ’n’ dance man”. Nevertheless, he famously took the name of a Welsh poet (Dylan Thomas) for his pseudonym. (Bob Dylan was born Robert Zimmerman.) In addition, his songs, as Ricks and others have pointed out, take in numerous literary references, as seen in his many often-playful allusions to the Bible. And while his breakthrough in the early 1960s was as a “folk” singer, Dylan quickly became famous for the complexity and “poetic” quality of his lyrics.

So, do Dylan’s lyrics survive as poetry in the “silence” of the page? You can find out for yourself by reading the 960 pages of Dylan’s The Lyrics: 1961-2012 (2014). And you can compare his work with those of other song writers – such as Lou Reed, PJ Harvey, and Paul McCartney – whose lyrics have been published in book form.

Certainly, many people would argue that the lyrics of Dylan’s classic songs from the 1960s do survive as poetry. The strange, surreal, and often funny lyrics from Highway 61 Revisited (1965) and Blonde on Blonde (1966) arguably represent his peak as a lyricist.

Visions of Johanna, from Blonde on Blonde, is a good example of the “literary” Dylan.

Ain’t it just like the night to play tricks when you’re tryin’ to be so quiet?
We sit here stranded, though we’re all doin’ our best to deny it
And Louise holds a handful of rain, temptin’ you to defy it
Lights flicker from the opposite loft
In this room the heat pipes just cough
The country music station plays soft
But there’s nothing, really nothing to turn off
Just Louise and her lover so entwined
And these visions of Johanna that conquer my mind

Visions of Johanna contains some of Dylan’s most celebrated lyrics, and you can see why. It clearly works on the page.

But should we make the printed page the standard of what counts as “literature”? Bob Dylan’s songs are multimedia things. Lyrics are to songs what scripts are to plays or films. We can read scripts for enjoyment, and to better understand the productions they come from. But to pretend that the play or film is somehow secondary is clearly a mistake. Equally, we can’t ignore the music and performances that accompany Dylan’s song lyrics.

Dylan’s Nobel Prize shows up what the Swedish Academy has so far ignored in their award system: film, popular music, and the emerging forms of digital storytelling.

Perhaps what this Nobel tells us more than anything is that “literature” or “poetry” are categories of our own making. To move beyond the page seems long overdue.

David McCooey is a Professor of Writing and Literature at Deakin University This article was originally published on The Conversation. Read the original article.