It was a magical night, mixed with a heavy dose of poignancy, as the vaunted Orquesta Buena Vista Social Club made its final appearance in Vancouver, Canada. There will be no more tours. Many of the aging Cuban music stars we got to know and love from Ry Cooder’s venture to Havana in the 1990’s are no longer with us. 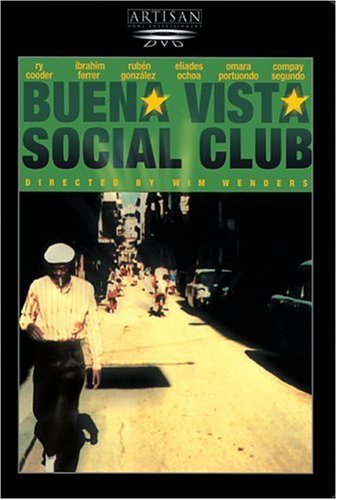 Only five Buena Vista originals remain, and one of them, the incomparable diva Omara Portuondo, will soon be 85. She could barely walk onto the stage at the sold-out Chan Centre. As soon as the music started up, however, her fountain of youth kicked in, transfixing us still with the haunting power of her voice and an aching ability to caress the lyrics. Spanish really is the loving tongue. For most of her short set, we were on our feet, showering her with the adulation befitting a legend who toured with Nat King Cole and began singing and dancing at the Tropicana Club way back in 1950. Legend, thy name is Omara.

The other old-timer who held centre stage for his own mini-concert was Eliades Ochoa. Although a relatively youthful 69, his strong voice now has a husky rasp to it Otherwise, he was the same endearing cowboy, clad in Johnny Cash black, with Stetson and a guitar, who was such a part of the initial group. In addition to his consummate musicianship, there is a lovely sweetness to Ochoa that just makes you smile when he’s on stage. Not only that, he shared his concern about the environment. Introducing a song about “la luna”, Ochoa noted: “Because of climate change, we may all end up living on the moon…”

(The other originals were trumpeter Manuel ‘Guajiro’ Mirabal, who stayed in the background, energetic laud player Barbarito Torres, who seemed to have aged barely a whit, and the 54-year old “kid”, Jesús ‘Aguaje’ Ramos, band director and trombonist extraordinaire.)

The now familiar saga of the Buena Vista Club remains one of my favourite feel-good stories. All those once celebrated veterans of the pre-Castro years of Cuban Son* living out their years, gradually forgotten as the revolution ticked on. Then, suddenly, out of nowhere, Ry Cooder drops in from some kind of music heaven, and they become world-famous. At their age!

What was going through the minds of 90-year old Compay Segundo, 79-year old Ruben González, 71-year old Ibrahim Ferrer and Omara Portuondo, as in 1998 they left their modest rooms in crumbling Havana for the bright lights of New York and a concert at Carnegie Hall? On Wim Wenders’ affecting documentary, you could virtually feel them pinching themselves, staring out at the rapturous audience, their faces lit with such joy and emotion. Yet they were far from over-awed. Their swagger and aplomb from the old days remained intact.

The day after their Vancouver appearance, we dug out the Buena Vista Social Club video (no DVD for us) and enjoyed it all over again. But this time there was the added, bittersweet reminder of the missing, so full of life back in 1998. In a nice touch, on a large, backdrop screen, the Vancouver concert ran silent profiles of members who had died, with many black  and white photos from their early performing days when they were kings.

Meanwhile, their first CD remains the best-selling world album of all time. It charmed everyone, everywhere. The music is so infectious, with that rollicking Cuban beat, yet so simple -– songs about a couple going to the beach, an apartment burning down, someone heading off to the store and, of course, the enduring enchantment and mystery of love. Always sung with passion.

Many of those at the Chan were Spanish-speaking, and there’s nothing quite like an Hispanic audience. Many were soon up out of their seats and dancing wherever they could find a bit of room. It was great. Although many of the backing musicians had past connections with the original performers, organizers wisely injected some youth to the band. Singers Idania Valdés and particularly Carlos Calunga reminded us how it must have all looked and sounded at the Tropicana Club all those years ago.

All in all, it was a wonderfully satisfying night from musicians we will never see again. I couldn’t help think of the last few lines of Fern Hill by Dylan Thomas, the best poem ever written on the passage of time.

“Oh as I was young and easy in the mercy of his means,

Time held me green and dying

Though I sang in my chains like the sea.”

This story was previously published, here, by The Ex-Press

Rod Mickleburgh has been a journalist for more than 40 years, with stops just about everywhere, from Penticton to Paris to Peking. Managed a few awards and nominations along the way, but highlight was co-winning Canada’s Michener Award with my highly-esteemed Globe and Mail colleague, Andre Picard, for our coverage of Canada’s tainted blood scandal. Left the Globe, my reporting home for more than 22 years, in the summer of 2013. Have my name on two books: Rare Courage, containing first person-accounts from 20 veterans of World War Two, and The Art of the Impossible, a tale of the wild and wooly 39 months of British Columbia’s first New Democratic Party government led by Dave Barrett. Co-authored with Geoff Meggs, The Art of the Impossible won the Hubert Evans Prize for non-fiction at the 2013 British Columbia Book Awards. Currently investigating time management, without regular deadlines. Visit Rod Mickleburgh’s WordPress site is Mickleblog.