Why don’t we wipe mosquitoes off the face of the Earth? 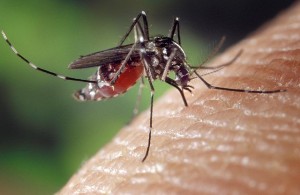 A blood-sucking, disease-spreading, whining creature is always going to be a hard sell, even to nature lovers. And the dreaded mosquito is now the prime suspect behind the sudden arrival and explosive spread of Zika virus in Central and South America. Zika is transmitted by a mosquito vector Aedes aegypti, a pan-global tropical species already well known for spreading diseases such as yellow and dengue fever.

There are only around 3,500 species of mosquito, which is modest for a family of insects – but their impact on human health and welfare is catastrophic. Female Anopheles mosquitoes carry the parasite that causes up to 500m cases of malaria a year while the Asian Tiger Mosquito, Ades albopictus, spreads dengue fever and the chikugunya virus. Mosquitoes have been ready vectors for emergent diseases such as West Nile virus and now Zika.

Mosquitoes are credited with causing more misery and loss to humanity than any other organism (with the obvious exception of ourselves). Mosquitoes are unlovely creatures, all twitchy legged and whining, their larvae infesting miasmas and dismal swamps. And under the right conditions they are mobile and expansionist pioneers, perfectly at home in the disrupted habitats we create.

Which begs the question: what good do they do – and if we could wipe them from the face of the Earth should we?

As pointed out by ecologist Sarah Fang, the consensus is that mosquitoes do not do any unique or particular good that would be missed. If you judge them according to ecologist Charles Elton’s gentle but evocative idea of each creature having a niche – much as every English village has a cast of characters who have their place such as butcher, baker and policeman – then mosquitoes seem to have no special purpose on the face of it. So one wouldn’t miss them, surely?

Arguments in favour of mosquitoes fall into two broad categories. First that their sheer numbers are an essential link in some food webs, notably the Arctic tundras where, for a few brief weeks in summer they hatch in extraordinary numbers, creating visible clouds of adults and a very rich food supply to migratory birds that have come north to exploit this bounty.

Fang also suggests that the mosquitoes’ assaults may be ferocious enough to divert the migration lines of caribou with possible consequences at a landscape scale as the herds’ grazing and trampling shift location. In an unusually exact link between mosquitoes and their predators, a study of foraging Little Forest Bats, Vespadelus vultuernus, in eastern Australia revealed a very heavy reliance on adults of the mosquito Aedes vigilax. So, that Little Forest Bats need mossies may be as good a case as mosquitoes can muster.

Juvenile mosquitoes are also important in some freshwater foodwebs, including as prey to specialists such as the mosquito fish, Gambusia affinis or in the tiny pools of water held in the leaf bases of pitcher plants and bromeliads high in the rainforest canopy. In among the canopy trees a miniature fauna of vividly coloured poison dart frogs and crabs thrive in the bromeliad pools, called phytotelmata, feeding off the bodies of drowned juvenile mosquitoes. But despite poison dart frogs and bats having their own fan club among ecologists and nature enthusiasts, they are unlikely to sway the majority of people in favour of mosquitoes.

The second argument is that mosquitoes have a more general role providing ecosystem services such as pollination by adults or driving the release of nutrients as their young feed on organic detritus. But although mosquitoes can act as pollinators for orchids and golden rods, among other plants, they don’t have a monopoly – they are not especially suited to this role and there are plenty of other pollinators to take their place.

While the decline of the honey bee is a prominent example of an ecosystem service at peril, mosquitoes are just another one of the many pollination bit-part players, an unloved understudy that can be written out of the part. Their significance has always been to menace.

As the Portuguese explorer João de Barras said of the tropics, “God has placed a striking angel with a flaming sword of deadly fevers, who prevents us from penetrating into the interior to the springs of this garden.”

So there seems no great reason to defend mosquitoes. Their destruction would lift a terrible curse from humanity. Except for one nagging doubt …

All that warm, nutritious blood suddenly available. There are plenty of other midges and mites, black flies and fleas out there just waiting for the opportunity to step in. Be careful what you wish for.

Mike Jeffries is a Teaching Fellow, Ecology, Northumbria University, Newcastle. This article was originally published on The Conversation. Read the original article.

Where did Zika virus come from, and why Brazil?
AMY Y. VITTOR  Report

Love in the time of Zika
BEVERLEY PATERSON   Report