By Jake Jacobs, The Conversation
August 2014

After decades of use in some of the most well-known hygiene and cleaning products in our bathrooms and kitchens, concerns about the safety of triclosan – an anti-germ chemical used in products including Colgate Total toothpaste – means it is being phased out by some manufacturers and in some countries. But it is still widely used, despite research that suggests it – and some other antibacterial and antifungal products – could pose a serious risk to our health and potentially to unborn foetuses. 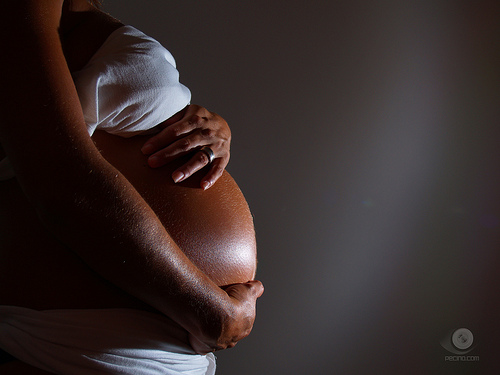 In a sample of 181 expectant mothers, researchers found traces of triclosan in all the women’s urine. Traces were also found in the umbilical cord of foetuses in more than half of the women.

The researchers, who are due to present their work at the International Society of Exposure Science annual conference, said this had worrying implications. “There is currently insufficient information regarding the potential effects such exposures might have on the health of the human population,” said Benny Pycke, a researcher from Arizona State University, who was involved in the study.

Triclosan was first used in hospitals in the 1970s to sterilise surgical equipment. Today it has found its way, albeit in lower concentrations, into an extensive collection of consumer products including soaps, toothpaste, detergents and more surprisingly, kitchen utensils and toys. Jessica Tyrrell, a research fellow at the University of Exeter, said that this widespread use made it easy for the chemical to enter our bodies orally and even through our skin.

There is growing concern – and debate – over potential problems from exposure to chemicals in daily products, including triclosan. In the US, the Food and Drug Administration (FDA) have partnered up with the Environmental Protection Agency (EPA) to review its effects on humans and the review is due to be also be discussed at the annual conference of the American Chemical Society.

In May, the US state of Minnesota announced restrictions on the use of triclosan in cleaning products and notably hand and body sanitisers, due to come into effect in January 2017. However, the ban won’t apply to any consumer products with triclosan that already have FDA approval, such as Colgate Total toothpaste, which claims to be “the most clinically tested toothpaste in the world”. On its website, Colgate said: “Reviews by the US Food and Drug Administration, the American Dental Association, and government agencies around the world confirm triclosan’s safe use in toothpaste and recognise that Colgate Total provides an important health benefit.”

But in response to public unease over the use of triclosan, and in a somewhat pre-emptive move, industry giant Johnson & Johnson has already begun phasing out the use of the controversial chemical in their products. Procter and Gamble, behind a host of leading brands, are also moving away from use of the chemical. On their website they said: “Due to our limited use of the ingredient, we have decided to eliminate triclosan from our products by 2014.”

Triclosan may not be our only worry, according to Laura Geer, assistant professor at State University of New York. Her work has shown a link between high levels of butyl paraben – another antimicrobial often used in cosmetics – and shorter lengths in newborn babies.

However, Pycke warned against introducing alternatives too hastily without proper testing of alternatives. “Although exposure to parabens might constitute a risk, omitting them or replacing them with less studied alternatives may constitute a more important yet different risk to the population,” he said.

Our increasing exposure to under-researched chemicals concerns Tyrrell. She advises caution towards a tendency to focus on single chemicals as a combination of different additives is likely to cause more harm. “As more chemicals are produced there are more combinations to be wary of and we lack the resources to be able to keep up with thorough testing,” she said.

Triclosan’s antimicrobial properties are hugely effective in hospitals but, like parabens, balancing their advantages versus their potential risks is something that is being considered more seriously. For many, exposure to potentially toxic chemicals in everyday products might not be worth the risk and, according to FDA experts, there is no evidence to support that antibacterial soap containing triclosan is more effective than plain soap and water at preventing illness.