On reading and writing our winters away 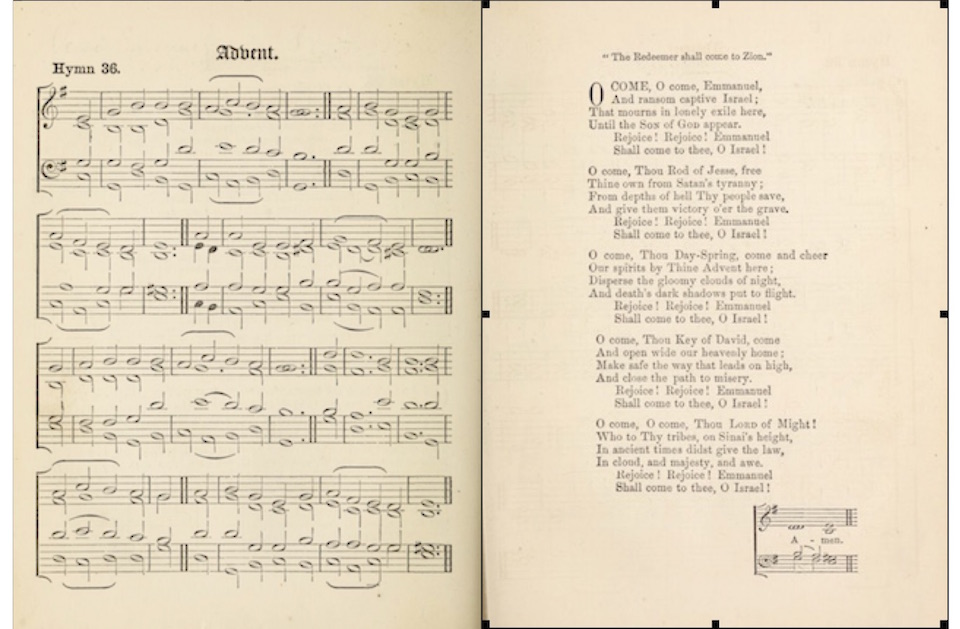 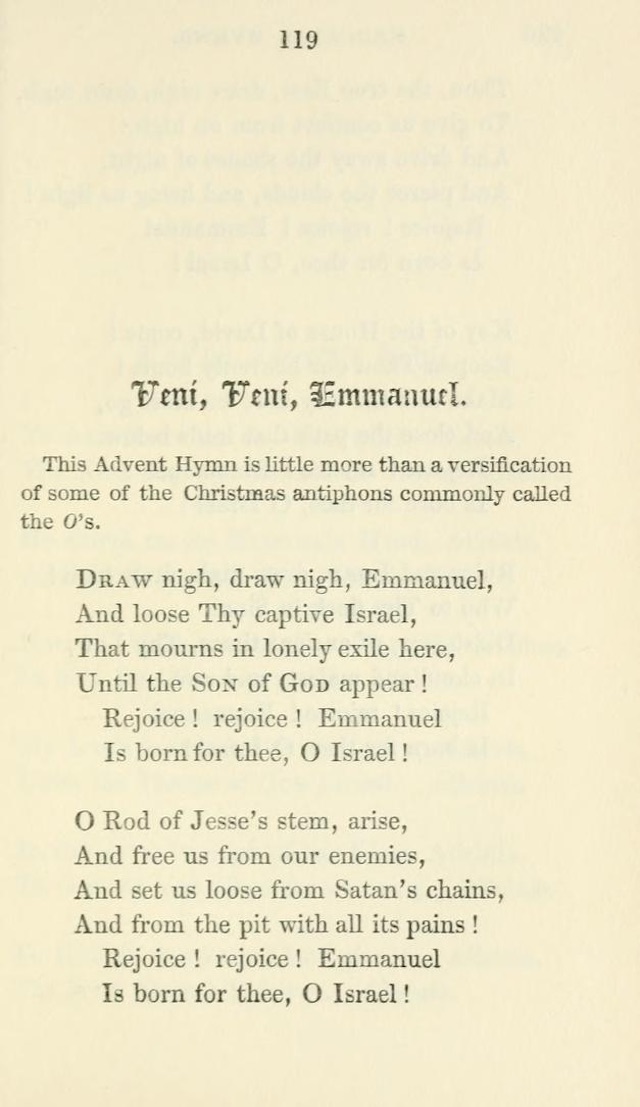 John Mason Neale’s 1851 Medieval Hymns and Sequences started O come, O come Emmanual on its English-language journey, above, but without the hymn’s namesake first line. The page shown here is a copy of a page in the Open Library electronic edition of the second, or 1863, edition of Hymns and Sequences. Thomas Helmore’s 1853 Accompanying harmonies to the hymnal noted first complemented text with music.
Neale dedicated the 1863 Hymns and Sequences to Helmore.

Chronically ill, John Mason Neale was also constitutionally incapable of submitting to the received order and its imperatives and arrangements.

His first recorded “Buggar it!” occurred in his youth, at Cambridge. The prize status of top classical student, he eschewed its pursuit because he disliked mathematics. “ . . . he had so rooted a distaste for mathematics  that he would not qualify himself to become a candidate for classical honours by gaining a place in the mathematical tripos.”

His most consequential “Buggar it!” occurred in his middling years. A legal challenge to his bishop’s authority prompted the bishop to prohibit the priest from discharging his ministerial duties for 16 years. The bishop only lifted his prohibition three years before Neale died.

A man of “strong convictions and the full courage of them,” and consequently unemployable or nearly unemployable, he found a patron who could forebear him and he turned his antiquarian interests and linguistic and literary skills into a marketable activity.

The Sackville family provided him a living for the last 20 years of his life, appointing him, in 1846, supervisor of an almshouse that the family had maintained since 1608. The living wasn’t much, £25 annually more or less, but the situation was enabling.

The duties were light; the residents numbered 30. The warden’s residence was big enough for a young, and growing, family, and its office more than sufficient for a man of literary talents. The chapel was ruined enough to appeal to an antiquarian like Neale. Its restoration put him in harm’s way, however: His bishop thought Neale’s restoration an indulgence in “spiritual haberdashery,” and imposed the prohibition already mentioned.

About 160 million copies of Hymns Ancient and Modern have been sold since 1861, the year of first publication. The charity sustained by the hymnal’s sales today owns at least a half-dozen publishing houses, a dozen or so journals and periodicals and the Church House Bookshop in London, the official Church of England book store.

O come, O come, Emmanuel is Hymn 36 in the inaugural Hymns Ancient and Modern. The song had been available to the compilers since 1851 and publication of Neale’s Medieval Hymns and Sequences; the music, since 1853 and publication of Thomas Helmore’s Accompanying harmonies to the hymnal noted.

The Internet DNB entry is here:

Looking for a word this winter? Hymns Ancient and Modern is an inimitable resource:

In the radio player below, hear O Come O Come Emmanuel by IKOS David Clifton with the choirs of Peterborough Cathedral, from the Free Music Archive. Creative Commons. The YouTube video below features Joan Baez singing the hymn.

Independent, non-partisan and employee-owned, Facts and Opinions performs journalism for citizens, funded entirely by readers. We do not carry advertising or solicit donations from non-journalism foundations or causes. We appreciate and need your support: please click here to purchase a $1 day pass, or subscribe.   Sign up here to receive a free email subscription  to new blog posts and notices of new work. Contact us at Editor AT factsandopinions.com