Why the Greek election matters 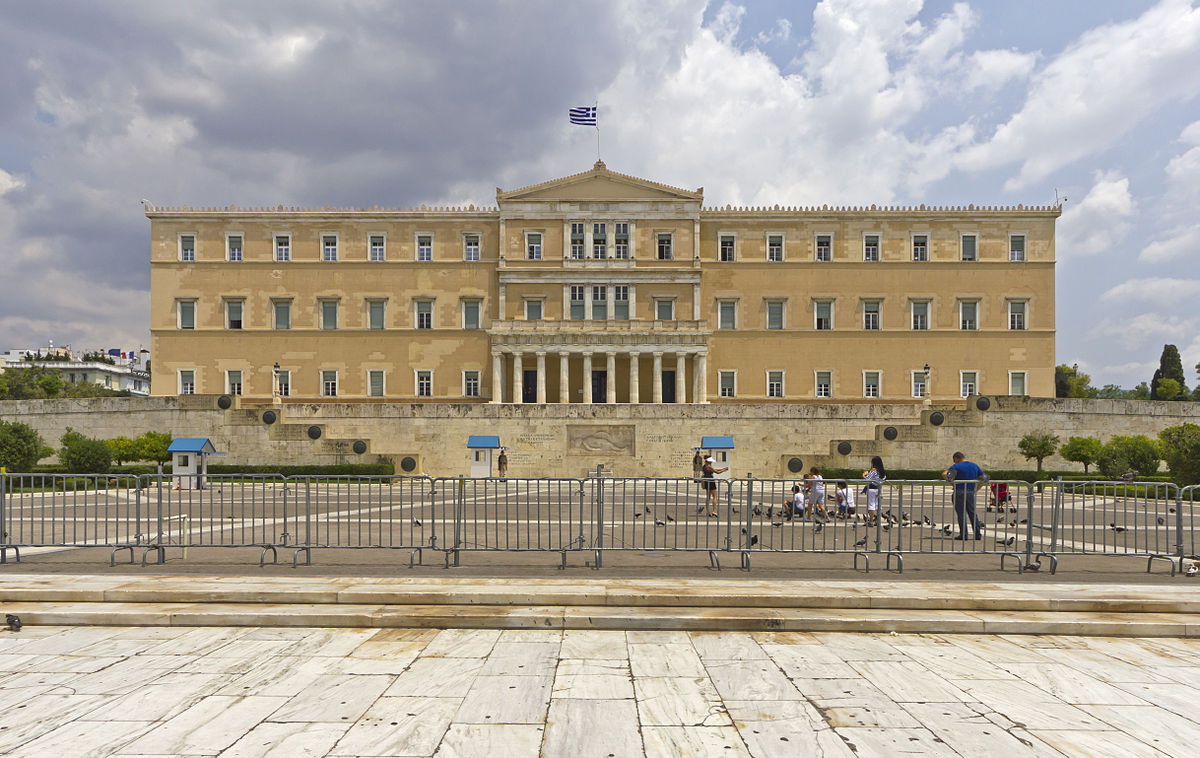 The Hellenic Parliament. Photo by A. Savin via Wikipedia, Creative Commons

The Greek election on January 25 will be the most important in recent memory. If the pollsters are proven correct, Syriza is poised to win by a large margin and this victory will end four decades of two-party rule in Greece.

Since 2010 – and as a result of austerity measures – the country has seen its GDP shrink by nearly a quarter, its unemployment reach a third of the labour force and nearly half of its population fall below the poverty line.

With the slogan “hope is coming” Syriza, a party that prior to 2012 polled around 4.5% of the vote, seems to have achieved the impossible: creating a broad coalition that, at least rhetorically, rejects the TINA argument (There Is No Alternative) that previous Greek administrations have accepted. In its place, Syriza advocates a post-austerity vision, both for Greece and Europe, with re-structuring of sovereign debt at its centre.

How significant is this victory for Europe and the rest of the world? Comments range from grave concerns about the impact on the euro and the global economy to jubilant support for the renewal of the European left. For sure, Syriza is at the centre of political attention in Europe.

The origins of the party are to be found in a series of splits and consolidations involving various left-wing political groupings that, in one form or another, were originally related to the Communist Party of Greece. Syriza in its current form is a strategic coalition comprising a variety of political platforms that include social democrats, radical socialists and communists, environmentalists, anti-globalisation campaigners and human rights advocates.

Its original base comprised small business owners, academics and teachers with very little appeal among traditional working class voters. But the party’s current appeal is far broader, extending to the middle classes that were hit so hard by austerity measures (especially those associated with the public sector), as well as self-employed people, ex-small business owners, unemployed and underemployed people (especially youth).

Unlike other EU countries, these parts of the Greek electorate are not attracted to ultra-nationalist Eurosceptic parties. As traditional left-of centre voters they find attractive Syriza’s political narrative, a combination of anti-establishment discourse, mild left-wing patriotism, a vision that another Europe is possible and a vague hope for improving their economic and social condition.

Not all are convinced by Syriza, however. The voters attracted to far-right party Golden Dawn are traditional anti-communists who used to belong to the conservative New Democracy party or LAOS, a smaller nationalist ultra-right party.

Their appeal is among the lower middle classes (and some ultra conservative working class) who have been also hit hard by austerity. These voters have bought into the rhetoric that culprits behind Greece’s demise are the corrupt political elite and the large number of illegal migrants.

Golden Dawn’s popularity has fallen slightly in recent months, but it is still strong and according to recent polls it is likely to gain 6% of the vote. But the party is politically isolated, with its leadership in prison and no access to mainstream media. It is unlikely that will play any role in the forming of any government in future.

How likely is that Alexis Tsipras, Syriza’s charismatic 41-year-old leader, will be “the Communist Harry Potter who could implode the eurozone”?

Despite the scaremongering that often surfaces in media reports, it is clear that the majority of Syriza representatives want to avoid having to take Greece out of the common currency. Despite some eurosceptic voices in the party, the leadership can hardly be characterised as anti-European. In internal discussions, various factions within Syriza have argued for introducing a national currency but these have remained, so far, a minority voice within the party.

Instead, the current leadership of Syriza has made numerous statements that it does not intend to destroy the euro or force Greece out of the eurozone. But they also mentioned that they are not willing to keep Greece into the eurozone at any cost. If Greece leaves the euro under Syriza, it will happen not because its leadership wants to but because it will be forced to.

This rather ambivalent message has served Syriza well both domestically and externally. Domestically, it alleviated the fears of many disaffected middle class voters who are very sceptical about a return to Drachma.

Externally, it indicates the spirit with which Syriza will approach any forthcoming negotiations with the troika (the International Monetary Fund, the European Central Bank and the European Commission). Namely, that Syriza does not share the same neoliberal economic policy agenda as Greece’s lenders – and certainly challenges Germany’s insistence on continuation of austerity – but it is willing to compromise over a mutually beneficial deal.

In terms of political rhetoric, Syriza has stated its political ambition is to change Europe as well as Greece. In what is admittedly a clever political move Syriza refused to accept the narrative of Greek exceptionalism when it comes to sovereign debt.

While attacking the incompetence and corruption of the two-party establishment that has run Greece since the 1970s, Syriza has framed the issue of Greek sovereign debt as part of the wider issue of European economic governance and, most recently, promoted the idea of a European summit on debt. In this way it opened a political space both for itself and other European political forces to change the dominant economic narrative in the EU.

Is the EU establishment going to respond? The announcement of new quantitative easing measures from the ECB marks a change in economic policy but according to chief Mario Draghi, Greece could be treated differently and any help will come with conditions. The months ahead will be tense and uncertain but one thing is for sure: nothing will be the same in Greek and European politics after Monday.