By Simon Mabon, The Conversation
January, 2015 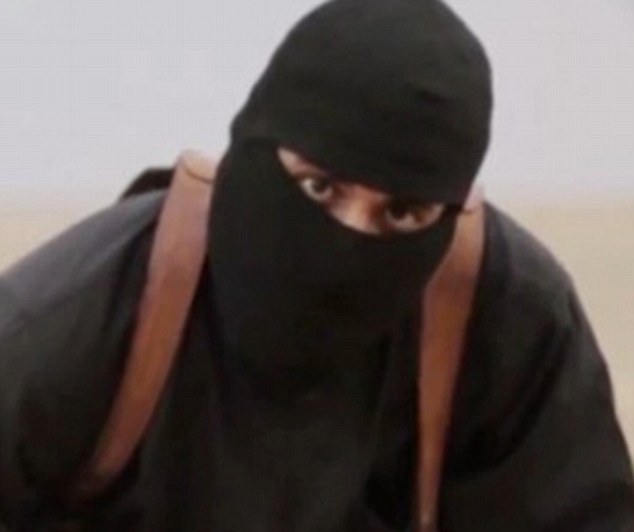 How “Jihadi John” came to symbolize the Islamic State

As we approach the fifth anniversary of the Arab Uprisings, it’s hard to remember the days of popular protests, of democratic revolutions and of dreams of a better future that rocked the Middle East in 2011. Nearly five years on, tensions between rulers and the ruled have exploded across the region – and the ensuing struggles for survival have continued to take all manner of ugly forms.

At the centre of things, the Syrian conflict has deepened – and while the brutality of Islamic State (IS) has been responsible for much of the recent chaos and tragedy across Syria, the regime of Bashar al-Assad has been responsible for seven times as many Syrian deaths as IS. Assad’s position was strengthened by continued support from Russia, Iran and Lebanon’s Hezbollah, antagonising powerful states in the West and the Gulf – particularly Saudi Arabia. The Gulf states also faced domestic threats from IS, with the group carrying out a number of attacks on Shia sites and communities across the region.

The Syrian conflict became ever more internationalised in 2015. The number of foreign fighters on the ground – on all sides – continued to grow, while on the diplomatic level, the Vienna talks tried to resolve the seemingly intractable conflict – though they have yet to yield any decisive action.

The task of dealing with IS was further complicated by a batch of new wilayats, groups who declared allegiance to IS. Wilayat Sinai in particular was purportedly responsible for a range of acts, allegedly including a massive bomb attack in Cairo and the downing of a Russian passenger jet over Egypt’s Sinai Peninsula.

All the while, Syria’s refugee emergency has now escalated to a point that United Nations secretary general, Ban Ki-Moon, referred to it as the worst humanitarian crisis of our time. It has now killed more than 200,000 people, displacing 7m within the country and driving more than 4m to flee abroad.

In neighbouring Lebanon, the state struggled to provide safe haven for the millions of refugees fleeing the conflict in Syria, a problem exacerbated by the Lebanese government’s long-term refusal to ratify the 1951 Refugees Convention. Government paralysis brought rubbish collection services in Beirut to a spectacular standstill over the summer, giving birth to the #YouStink movement – which left Lebanese politicians in little doubt as to what their people think of them.

Other neighbouring states also absorbed large numbers – Turkey took in more than 2m and Jordan a further 1.4m. Almost 250,000 refugees fled Syria and crossed the border into Iraq, where they face a precarious future. 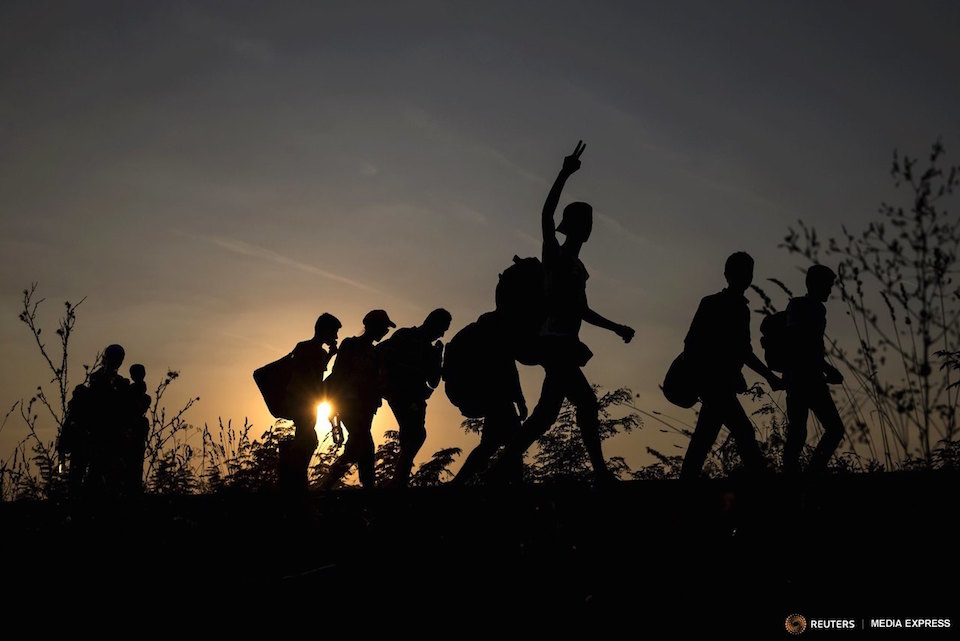 Iraqi premier Haider al-Abadi, a year into his prime ministership, faced a welter of serious challenges which were all exacerbated by the fight against IS. While his government has tried to dilute the sectarian differences that so badly dogged Iraqi society under Nouri al-Maliki, the country is still facing the same deep-seated grievances that created the conditions for militant groups to spring up in the first place. 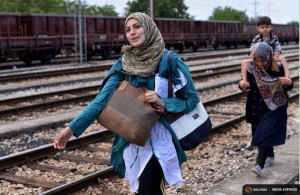 Migrants arrive from Greece at the train station in Gevgelija near the Greek border with Macedonia July 30, 2015. REUTERS/Ognen Teofilovski

Elsewhere, Benjamin Netanyahu won yet another term as prime minister of Israel, drawing support from an increasingly right-leaning electorate that was seduced by Netanyahu’s hawkish politics. Coupled with this victory was an increase in settlement building across Palestinian territories and, unsurprisingly, the freezing of the peace-process – leading to talk of a third intifada over the summer. While these pessimistic predictions have so far not come true, the intense frustration at the current situation is palpable.

Across the border, the Egyptian president Abdel Fatah al-Sisi, increasingly concerned with security across the state, continued the counter-revolution and finally all but extinguished the hopes that lit up Tahrir Square in early 2011. Key Muslim Brotherhood figures, among them the country’s deposed president, Mohammad Morsi, and the group’s leading cleric, Mohammad Badie, were sentenced to death, leading to widespread condemnation and protests.

Almost in the background but no less seriously, the proxy conflict between Saudi Arabia and Iran rumbled on, complicating events in Syria and Iraq and throwing up new crises of its own. In March, these tensions erupted into a full-blown proxy conflict in Yemen fought by a Saudi-led coalition of states against a coup mounted by Houthi separatists backed by Iran.

This made Yemen’s already tragic situation even worse, as socio-economic conditions rapidly deteriorated and the casualties rose beyond 40,000 in total – albeit to remarkably little international outcry. In recent days, the Yemeni government and Houthi rebels have called a ceasefire and have agreed to participate in talks in Switzerland. In an effort to create a coordinated counter-terrorism strategy across the region, Saudi Arabia established a coalition of 34 countries, most of them Muslim states. While the intent should be commended, Iran was not a part of the coalition and some members were surprised to be included, having not formally agreed to join, raising questions about the credibility of the coalition.

There was one rather remarkable ray of hope: the nuclear deal reached between the P5+1 powers and Iran. Probably the single biggest diplomatic success of the year, it was greeted with much chagrin by regimes in Israel and across the Gulf. The deal will lift economic sanctions on Iran, providing much needed injections of capital into the Iranian economy. The prospect of an increasingly influential Iran, galvanised by a growing economy, is a cause for concern for many in the Gulf – and there are fears that this could also strengthen the position of Iran’s allies, notably, Hezbollah and Bashar al-Assad.

But ultimately, the Middle East will remember 2015 above all for the continued brutality of IS and the fraught, messy efforts to contain it, all at a tragic human cost. Entering 2016, people across the region still face an array of existential threats.

The imperative to ensure that basic human needs are met is paramount: many people are struggling to access food, shelter and security, while millions of refugees and displaced people desperately need access to health care (both physical and mental) as well as education and employment.

And even in some of the Middle East’s more stable countries, the political and human cost of providing support to refugee populations that number in the millions is becoming a terrible strain – turning the screws on societies already pushed almost to the point of collapse.

Simon Mabon is a Lecturer in International Relations at Lancaster University This article was originally published on The Conversation. Read the original article.