More than 50 years ago a storm erupted when aquatic biologist Rachel Carson published Silent Spring. The book, gathered together from scattered information on pesticides, offered a powerful narrative about the harm chemicals caused people and the environment. 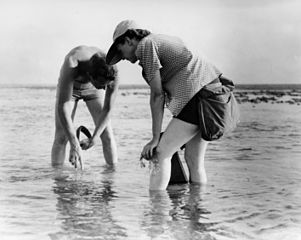 “Silence” was the price mankind paid for poisoning spring birds with pesticides.

Before the book’s publication, one anguished woman wrote to Robert Cushman Murphy, curator emeritus of birds at the American Museum of Natural History. Before the elm trees in her village underwent repeated sprayings for several years, she said, the area teemed with bird life, cardinals, chickadees, woodpeckers and nuthatches. After the DTT applications, she reported in 1958, the neighbourhood’s entire nesting population appeared to consist of one pair of doves and a catbird family.

Other, similar reports came from across the United States. A woman in Alabama reported a disturbing scene after the federal government unleashed a massive spraying program against the fire ant. She awoke one morning and “there was not a sound of a song bird. It was eerie, terrifying. What was man doing to our perfect and beautiful world? Finally, five months later a blue jay appeared and a wren.”

Those stories, and many others on the dangers of pesticides, appeared in Silent Spring. The pesticide industry heaped abuse on the Springdale, Pennsylvania author for her book. According to Linda Lear’s introduction to the 40th anniversary edition of Silent Spring, just released by Houghton Mifflin, the chemical lobby called Carson “a bird and bunny lover,” a woman who kept cats and was therefore clearly suspect. She was a romantic “spinster” who was simply “overwrought about genetics.” The industry spent $250,000 trying to discredit her research, but failed, notes Lear, author of Rachel Carson, The Life of the Author of Silent Spring.

In its time, Carson’s book sparked federal and state investigations into pesticide use, and led to a ban against the domestic production of DDT in the U.S. It was banned in Canada in 1969. Today, Silent Spring is a modern classic. In Time magazine’s special issue, “100 Most Influential People of the Century,” Peter Matthiessen wrote: “Even if she had not inspired a generation of activists, Carson would prevail as one of the greatest nature writers in American letters.” 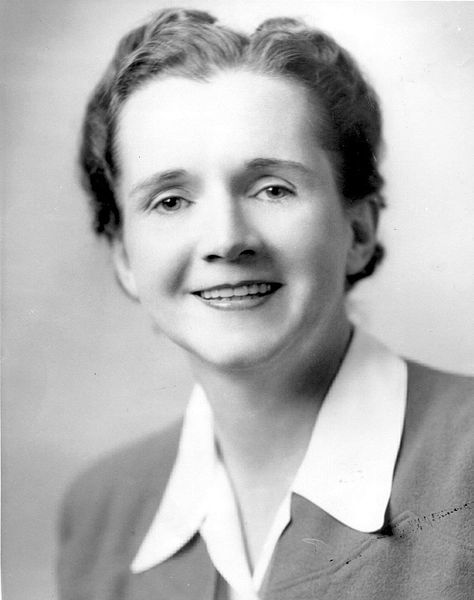 Decades later, what is the impact of Silent Spring? Have its lessons been taken to heart? It all depends on where you look.

Forty years after the book was published, in Prince Edward Island, nearly 5,000 trout were poisoned in the Wilmont River, a small waterway on the southeast of the Island. It wasn’t the first time a large number of fish have died in rivers in the Canadian province. In 2000, thousands of fish succumbed in the Mount Herbert, Indian and French rivers. In 1999, nearly 10,000 fish died in nine separate incidents. In every instance, pesticides were blamed. The fish in the Indian River, for instance, died from exposure to the insecticides edosulfan and azinphos-methyl, both confined to the restricted use list by the United States’ Environmental Protection Agency. The chemicals flowed past buffer zones from an agricultural field into the river.

To readers of Silent Spring, the fish kills are disturbingly familiar. Carson devoted a chapter in her book to several such incidents in New Brunswick’s Miramichi River, one of the world’s great salmon waterways. In 1954, the Canadian government sprayed the forests of the Northwest Miramichi with DDT to prevent a budworm infestation. Within days, Carson reported, dying salmon and brook trout littered the banks of the river. An entire year’s worth of spawning salmon were killed.

“If the runs in the Northwest Miramichi are still in relatively good condition,” Carson wrote, “this is because spraying was done one year only.”

Elizabeth May, executive director of the Sierra Club of Canada and now leader of Canada’s federal Green Party, recalls she campaigned hard in the 1970s to prevent budworm spraying in Cape Breton, where she’d moved from her home in the U.S.

“I think largely the reason it never happened, that they never did spray with any chemical from the air on Cape Breton, is because I had Silent Spring with me.”

May remembers reading Carson’s book in Grade 10, in 1970. At the time she was living in Bloomfield, Connecticut, a community that had a lot of mosquitoes and where pesticide fogging wasn’t uncommon. Several years earlier, two of May’s pet sheep mysteriously died, a ghastly scene that traumatized May’s family.

“They both died with nervous twitches and shakes. They died quite horrifically, because I remember riding in the back of the truck to get the sheep to the vet, with all four legs gyrating and their eyes looking wild.”

The pets’ deaths were sufficiently serious to the May family that they had an autopsy done to find out what killed them. Veterinarians couldn’t find any explanation; they checked the sheep’s stomach contents for poisonous berries and came up negative.

After May read Silent Spring and its descriptions of organic phosphate poisoning, she wrote to city officials asking if anything had been sprayed about the time the animals died. It turned out the city had used heptachlor.

“They died with symptoms described in Silent Spring as relating to those kinds of chemicals,” May says. “I was against pesticides ever after that.”

“We are still poisoning the air and water and eroding the biosphere, albeit less so than if Rachel Carson had not written” – E.O. Wilson

Remarkably, Silent Spring almost wasn’t published. It was a Canadian resident, Martin Haase, who helped persuade publisher Houghton Mifflin that Carson’s book was a ground-breaking work and that it would gain a wide audience. Haase, who made Chester, Nova Scotia, home but at one time lived in Belmont, Massachusetts, had his own run-in with pesticides that first led to his interest in the subject.

In the 1950s, a company came to his house to spray a tree against Dutch elm disease. It was outside Haase’s window and he was near it at the time. When the pesticides drifted in, he immediately became shaky and disoriented. His wife called several doctors, who were unable to diagnose the problem. Finally, a third doctor contacted the tree firm and asked them what the active ingredient had been in the spray. It turned out to be DDT.

Haase, who had helped publish a booklet on pesticides by Beatrice Trum Hunter called Gardening Without Poison, said publisher Houghton Mifflin was concerned about publishing Carson’s Silent Spring. Paul Brooks, then an editor with the publishing house, told him the firm was worried Carson’s book would lose money, attract lawsuits and was too controversial.

“They actually hesitated and almost didn’t publish it,” Haase recalled in a 2002 interview. “But I was one of those who urged Brooks to press for its publication and he did. Of course, it not only turned out to be an important book, which we all knew, but it turned out to be a big money-maker for Houghton Mifflin, and Brooks went on to become editor-in-chief.”

Haase also met Carson. He remembers her as a soft-spoken but strong-willed woman who never realized what a fight she’d face from the chemical companies. “I think the great thing about Carson,” he says, “is not only did she write the book, but she stood up — even though she was ill (with breast cancer) — to the tremendous onslaught of the chemical industry against her and this book, trying to label her as a quack and everything else. She didn’t take it lying down.”

While Haase calls Silent Spring a watershed book and credits it with waking people up to the dangers of pesticides, he laments the fact that pesticides are still as prevalent as ever, and worries that the great increase in cancer in the human population comes from all the chemicals that have spread through the food chain. “The book, of course, is still in print,” he says, “but sadly the chemical companies are still running strong.”

In an afterword in the new edition of Silent Spring, Pulitzer Prize-winning biologist Edward O. Wilson opines that if Carson were alive today “she would give America a mixed grade. The increased public awareness of the environment would please the educator in her; the ranking of her book as a literary classic would astonish the writer; and the existence of new regulatory laws would gratify the frustrated government bureaucrat.”

Wilson says Silent Spring continues to command our attention because the examples and arguments it contains are timeless lessons. “They are also timely, because the battle Rachel Carson helped to lead on behalf of the environment is far from won. We are still poisoning the air and water and eroding the biosphere, albeit less so than if Rachel Carson had not written.”

Adapted from a piece published by The Ottawa Citizen, December, 2002