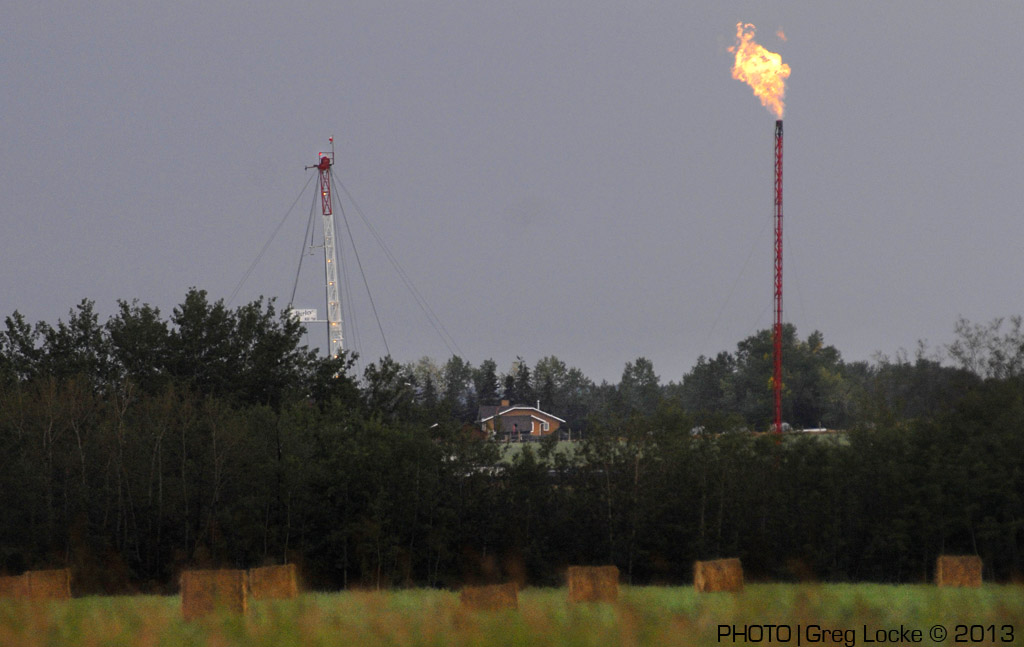 Careful, evidence-based journalism underpinned New York’s decision Wednesday to ban fracking in the state. This story by the not-for-profit investigative news room ProPublica provides the back story of the state governor’s announcement.

Fracking — the technique of fracturing underground rock by piping in hydraulically pressurized liquid  – has boosted oil and gas extraction around the world. The boom in fracking in the U.S. especially has vastly increased America’s domestic energy supply, and is a factor in the recent plunge in global oil prices. Fracking has also led to conflicts over land use, and is also linked to human health and environmental risks, and earthquakes under some conditions.

Jurisdictions that have banned or suspended fracking include, as of this posting, several counties and municipalities in other American states; parts of Spain; France; Germany; the Netherlands; Bulgaria; and the Canadian provinces of New Brunswick and Quebec.1 Other jurisdictions have banned or regulated some of the chemicals used in fracking.

When natural gas companies first pressed into New York in 2008, state environmental regulators barely understood the process of “hydraulic fracturing.” On Wednesday December 17, six and a half years after ProPublica first raised concerns that the drilling could threaten both the state’s water supply and its residents’ health, Gov. Andrew Cuomo banned the process across the state.

The ban makes New York, which holds large natural gas reserves in the Marcellus Shale, the largest and most significant region to bow out of the nation’s energy boom because of concerns that its benefits may be outweighed by the risk.

The decision comes after a long-awaited report from the state’s Health Department this week concluded that the fracking would pose health risks to New Yorkers. It also follows an exhaustive state environmental review effort that began the day after ProPublica’s first story in July 2008.

Since then, New York has walked an indecisive line on drilling, while an energy boom provoked by advances in fracking technology took much of the rest of the country by storm. Today’s lower oil prices are due, in part, to an oil bonanza in North Dakota’s Bakken Shale that had barely begun when New York first put a temporary halt to new drilling in the state. Likewise, the gas drilling waves that have rippled through states from Pennsylvania and West Virginia to Michigan, North Carolina, Maryland, Texas and Wyoming had yet to run their course.

But by delaying a decision on drilling for so many years, Cuomo also allowed a clearer picture of the impacts and changes that drilling activity would bring to emerge. That clearer picture ultimately dampened the enthusiasm for drilling in New York and validated many of the environmental and health concerns that anti-drilling groups have raised across the country.

Just across the state line from New York’s Southern Tier, where the richest Marcellus gas deposits lie, Pennsylvania landowners dealt with one incident of water contamination after another. They complained of illnesses caused by both the water and new air pollution brought by the drilling. State regulators in Pennsylvania 2013 once enthusiastic boosters of the process 2013 wound up cracking down on drilling companies’ messy practices and strengthening their own environmental laws as a result.

Across the country, similar stories emerged, many of them reported as part of a four-year-long investigation by ProPublica. From Texas and Louisiana to California, drilling waste was being spilled or leaking into drinking water aquifers and high pressures caused by fracking activities were causing wells to leak. Methane gushed from wells and pipelines. And residents’ allegations that the drilling was causing symptoms from nerve disorders to skin lesions and birth defects began to be substantiated through peer-reviewed scientific research.

The potential payoff for such risks 2013 which the drilling industry long maintained were minimal 2013 was that drilling would bring huge economic benefits to rural regions long desperate for new jobs and an injection of economic vigor. That economic promise has been born out across many parts of the country, but in some instances, those who needed the financial benefits most have been denied them.

An investigation by ProPublica earlier this year found that landowners in Pennsylvania who supported drilling and signed leases with drilling companies in order to earn a share of the profits were instead being cheated out their payments, called royalties. In fact, the stories showed, energy companies had withheld royalty payments worth billions of dollars from both landowners and the federal government across states from Texas and Wyoming to Louisiana and Colorado, substantially blunting the prosperity that could come from allowing drilling to proceed.

All of this, it now seems, must have made Cuomo’s decision this week a lot easier. But the ban also reflects the conclusion of a lengthy learning curve for New York State.

When ProPublica reporters, in a joint project with WNYC, first went to Albany to talk with the state’s environment regulators, those officials couldn’t answer basic questions about the process they were poised to permit: What chemicals would be pumped underground near drinking water supplies? Where would the waste be disposed of and did New York have facilities capable of handling it? State officials told ProPublica then that fracking had never once caused pollution to water supplies, and said they were unaware of the hundreds of cases brought to their attention by ProPublica where such damage had indeed taken place.

On the morning of July 23, 2008, then Gov. David Paterson called for those state environment officials to go back to the drawing board in their assessment of the risks of fracking before the state issued any new permits, effectively placing a moratorium on drilling that lasted until now.