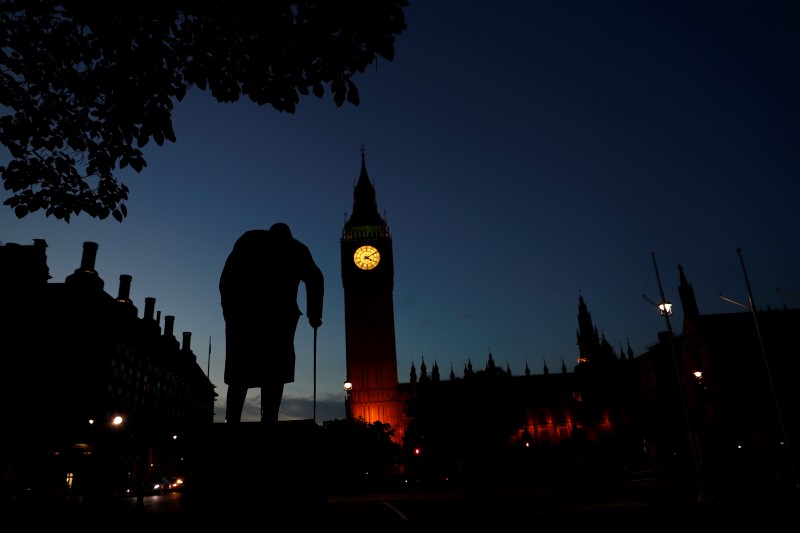 LONDON (Reuters) – Britain has voted to leave the European Union, forcing the resignation of Prime Minister David Cameron and dealing the biggest blow since World War Two to the European project of forging greater unity.

Global financial markets plunged on Friday as results from a referendum defied bookmakers’ odds to show a 52-48 percent victory for the campaign to leave a bloc Britain joined more than 40 years ago. 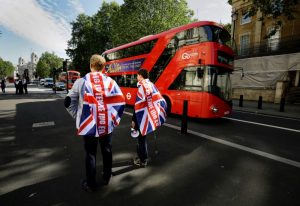 The pound fell as much as 10 percent against the dollar to touch levels last seen in 1985, on fears the decision could hit investment in the world’s fifth-largest economy, threaten London’s role as a global financial capital and usher in months of political uncertainty. The euro slid 3 percent.

World stocks saw more than $2 trillion (£1.46 trillion) wiped off their value. Big banks took a battering, with Lloyds, Barclays and RBS falling as much as 30 percent.

The FTSE stock index recovered much of its early losses by the end of the day after the world’s main central banks offered financial backstops.

The United Kingdom itself could now break apart, with the leader of Scotland – where nearly two-thirds of voters wanted to stay in the EU – saying a new referendum on independence from the rest of Britain was “highly likely”.

An emotional Cameron, who led the “Remain” campaign to defeat, losing the gamble he took when he promised the referendum in 2013, said he would leave office by October.

“The British people have made the very clear decision to take a different path and as such I think the country requires fresh leadership to take it in this direction,” he said in a televised address outside his residence.

“I do not think it would be right for me to be the captain that steers our country to its next destination,” he added, choking back tears before walking back through 10 Downing Street’s black door with his arm around his wife Samantha. 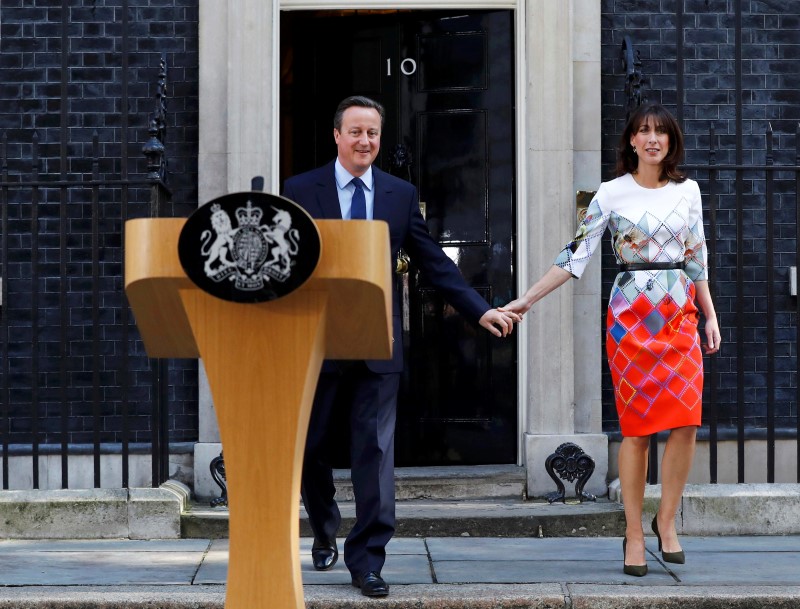 Britain’s Prime Minister David Cameron walks out of 10 Downing Street with his wife Samantha as he prepares to speak after Britain voted to leave the European Union, in London, Britain June 24, 2016. REUTERS/Stefan Wermuth 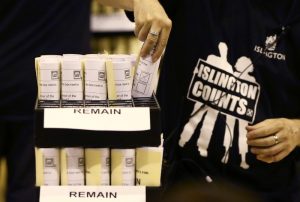 Ballots are sorted after polling stations closed in the Referendum on the European Union in Islington, London, Britain, June 23, 2016. REUTERS/Neil Hall

Quitting the world’s biggest trading bloc could cost Britain access to the trade barrier-free single market and means it must seek new trade accords with countries around the world. A poll of economists by Reuters predicted Britain was likelier than not to fall into recession within a year.

The EU, which rose out of the ashes of two world wars fascist and communist totalitarianism to unite a continent of prosperous democracies, faces economic and political damage without Britain, which has the EU’s biggest financial centre, a U.N. Security Council veto, a powerful army and nuclear weapons.

“It’s an explosive shock. At stake is the break up pure and simple of the union,” French Prime Minister Manuel Valls said. “Now is the time to invent another Europe.”

German Chancellor Angela Merkel, who invited the French and Italian leaders to Berlin to discuss future steps, called it a watershed for European unification.

Her foreign minister, who will with France present other EU founding members with a plan for a flexible EU on Saturday, called it a sad day for Britain and Europe.

The vote will trigger at least two years of divorce proceedings with the EU, the first exit by any member state. Cameron, in office since 2010, said it would be up to his successor to formally start the exit process.

His Conservative Party rival Boris Johnson, the former London mayor who became the most recognisable face of the Leave camp, is now widely tipped to seek his job.

“We can find our voice in the world again, a voice that is commensurate with the fifth-biggest economy on Earth,” he told reporters at Leave campaign headquarters.

MPs from the Labour Party also launched a no-confidence motion to topple their leader, leftist Jeremy Corbyn, accused by opponents in the party of campaigning tepidly for its Remain stance. 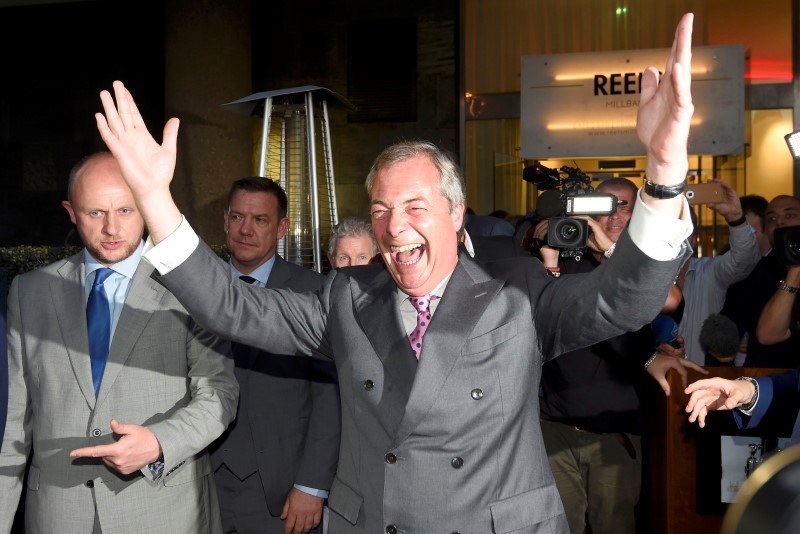 Nigel Farage, the leader of the United Kingdom Independence Party (UKIP), reacts at a Leave.eu party after polling stations closed in the Referendum on the European Union in London, Britain, June 24, 2016. REUTERS/Toby Melville 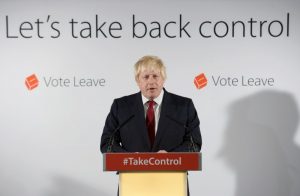 There was euphoria among Britain’s eurosceptic forces, claiming a victory over the political establishment, big business and foreign leaders including U.S. President Barack Obama who had urged Britain to stay in.

“Let June 23 go down in our history as our independence day,” said Nigel Farage, leader of the eurosceptic UK Independence Party, describing the EU as “doomed” and “dying”.

The shock hits a European bloc already reeling from a euro zone debt crisis, unprecedented mass migration and confrontation with Russia over Ukraine. Support for anti-immigrant and anti-EU parties has surged across the continent.

U.S. presidential candidate Donald Trump, whose own rise has been fuelled by similar anger at the political establishment, called the vote a “great thing”. Britons “took back control of their country”, he said in Scotland where he was opening a golf resort. He criticised Obama for telling Britons how to vote, and drew a comparison with his own campaign.

Obama said he had spoken with Cameron and that the United States’ relationship with Britain would endure.

“While the UK’s relationship with the EU will change, one thing that will not change is the special relationship that exists between our two nations,” he said in a speech.

Britain has always been ambivalent about its relations with the rest of post-war Europe. A firm supporter of free trade, tearing down internal economic barriers and expanding the EU to take in ex-communist eastern states, it opted out of joining the euro single currency and the Schengen border-free zone.

Cameron’s ruling Conservatives in particular have harboured a vocal anti-EU wing for generations, and it was partly to silence such figures that he called the referendum.

The 11th hour decision of Johnson – Cameron’s schoolmate from the same elite Eton private boarding school – to come down on the side of Leave gave the exit campaign a credible voice.

World leaders including Obama, Merkel, Chinese President Xi Jinping, NATO and Commonwealth governments had all urged a Remain vote, saying Britain would be more influential in the EU. 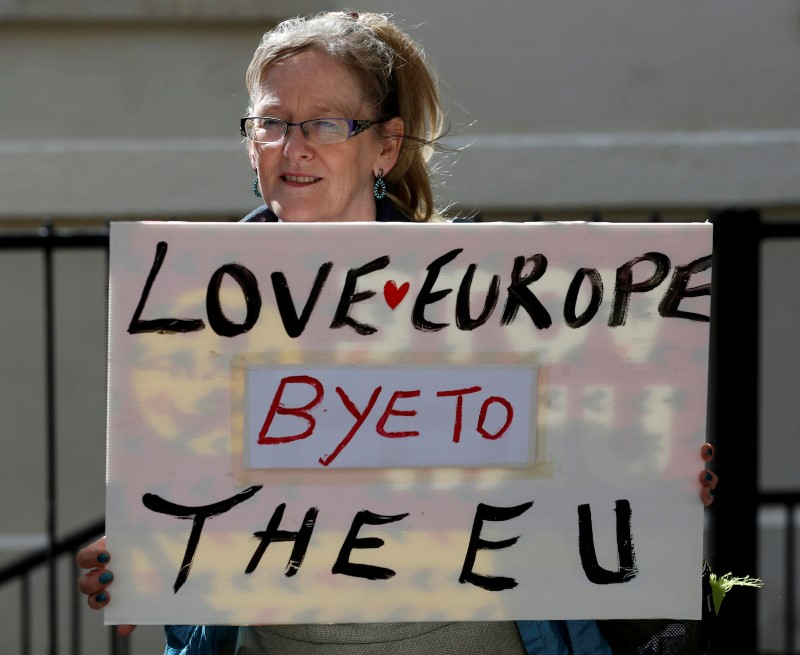 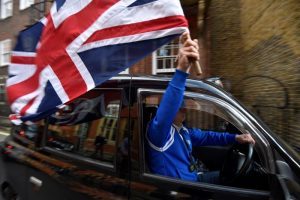 The four-month campaign was among the most divisive ever waged in Britain, with accusations of lying and scare-mongering on both sides and rows over immigration which critics said at times unleashed overt racism.

At the darkest hour, a pro-EU member of parliament was stabbed and shot to death in the street. The suspect later told a court his name was “Death to traitors, freedom for Britain”.

The campaign revealed deep splits in British society, with the pro-Brexit side drawing support from voters who felt left behind by globalisation and blamed EU immigration for low wages. Older voters backed Brexit; the young mainly wanted to stay in. London and Scotland supported the EU, but swathes of England that have not shared in the capital’s prosperity voted to leave.

Support for Remain among Scots prompted Scottish First Minister Nicola Sturgeon to declare it “democratically unacceptable” for Scotland to be dragged out of the EU, two years after voting to stay part of the United Kingdom. “I think an independence referendum is now highly likely,” she said.

The financial turmoil comes at a time when interest rates around the world are already at or near zero. The shock could prevent the U.S. Federal Reserve from raising interest rates as planned this year or even provoke a new round of emergency policy easing from central banks.

Left unclear is the relationship Britain can negotiate with the EU. EU officials have said UK-based banks and financial firms could lose automatic access to sell services in Europe.

Huge questions also face the millions of British expatriates who live freely elsewhere in the bloc as well as millions of EU citizens who live and work in Britain.