Nothing is rotten in Denmark, but China lives in a corrupt time: report

China, Turkey and Angola became increasingly corrupt, more quickly, than most other countries in the world in the past year despite strong economic growth, Transparency International reported Wednesday.

“Poorly equipped schools, counterfeit medicine and elections decided by money are just some of the consequences of public sector corruption,” said the report. “Bribes and backroom deals don’t just steal resources from the most vulnerable – they undermine justice and economic development, and destroy public trust in government and leaders.”

“The biggest falls were in Turkey (-5), Angola, China, Malawi and Rwanda (all -4). The biggest improvers were Côte d´Ivoire, Egypt, Saint Vincent and the Grenadines (+5), Afghanistan, Jordan, Mali and Swaziland (+4).”

More than two thirds of the 175 countries in the 2014 Corruption Perceptions Index score below 50, on a scale from 0 (perceived to be highly corrupt) to 100 (perceived to be very clean). Denmark ranked top with a score of 92; North Korea and Somalia scored eight.

BRIC countries were cited as a particular concern:

China’s score fell to 36 in 2014 from 40 in 2013, despite the fact the Chinese government launched an anti-corruption campaign targeting corrupt public officials. The government has recognized the need to follow officials who hide ill-gotten gains overseas. This January, leaked documents revealed 22,000 offshore clients from China and Hong Kong, including many of the country’s leaders.

Corruption and money laundering are also problems for the other BRIC countries. This year has seen questions raised related to a major oil company using secret companies to bribe politicians in Brazil (which scores 43), questions about Indians (38) using bank accounts in Mauritius (54) and Russians (27) doing the same in Cyprus (63).

The report said countries that are not rated as highly corrupt must do more to “stop encouraging it elsewhere by doing more to prevent money laundering and to stop secret companies from masking corruption.” For example,  a blog post accompanying the report said corrupt Chinese are easily able to launder their proceeds in other countries, and the “United States, Canada and Australia are the most popular destinations for corruption suspects.”

The report lauded Denmark, Ukraine and Britain for pledging to create public registers, including beneficial ownership information for all companies incorporated in the countries, to “make it harder for the corrupt to hide behind companies registered in another person’s name.”

The 10 least corrupt countries, said the organization, are:

It named the most corrupt as: 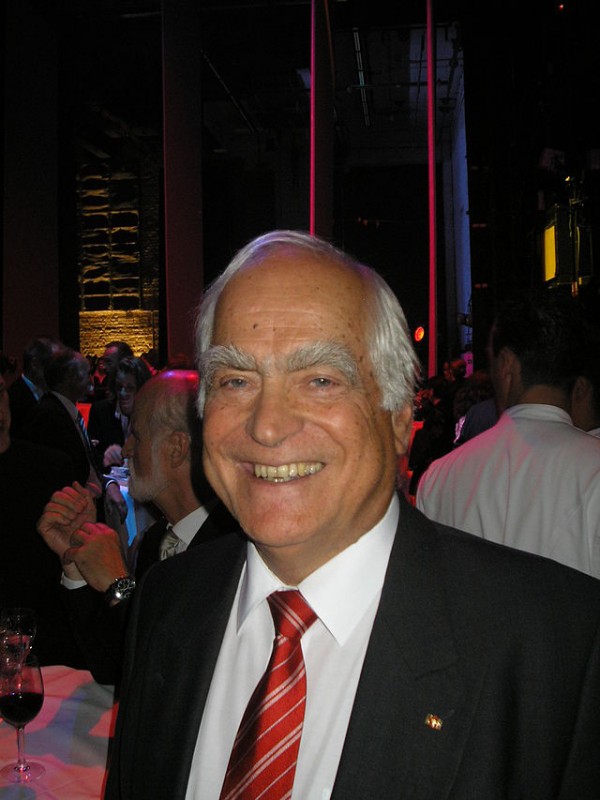 Peter Eigen, one of 10 founders of Transparency International. Photo by “Gryffindor” via Wikipedia, Creative Commons

The index is the 20th  by Transparency International, a non-profit founded in 1993 . The organization site said it was founded because ” corruption was directly undermining efforts to fight poverty and further development in the world’s poorest countries. While working for the World Bank, Transparency International’s founder, Peter Eigen, saw that major contracts for power plants, highways or telephone networks were awarded so as to line the pockets of government officials with little regard for the communities they were supposed to be benefitting.”

The ten founders, an eclectic and global group of jurists, politicians and activists, drafted and signed a founding charter at The Hague, the Netherlands, in 1993, which was filed in the Register of Association of Berlin Charlottenburg, in Germany.

The organization notes that it does not tackle just developing countries. “Bribe money was often coming from the wealthiest, and supposedly least corrupt, countries, in the form of illicit payments made by companies to public officials, and often with the support of their home governments. Banks, accountants and lawyers were also implicated in helping world leaders steal public funds, and launder, store and invest them safely abroad.”

The organization site says its biggest achievement in the past two decades has been to move corruption from the realm of a taboo subject to part of normal political discourse. Along with publishing indexes, it has pushed to successfully change laws in developed countries, helped draft the UN Convention against Corruption, and developed tools to help businesses draft policies on corruption and work together to resist demands for bribes.