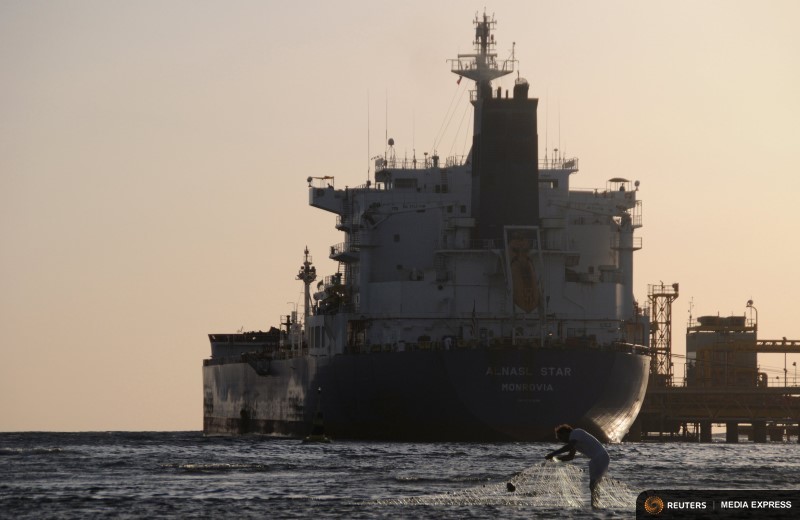 LONDON/HOUSTON (Reuters) – The oil sector is slipping into the red after years of fat profits as the steep slump in oil prices shows little sign of ending, with this quarter shaping up to be the worst since the downturn started.

The world’s top oil companies have struggled to cope with the halving of oil prices since June 2014. They have cut spending repeatedly, made thousands of job cuts and scrapped projects.

The lower-for-longer outlook for oil prices took its heaviest toll yet in the third quarter as oil companies again reported a dramatic drop in income. Some saw results swing into the loss column, and the industry had billions of dollars in impairment charges.

With 10 of the top 20 European and North American oil and gas producers having reported third-quarter results, seven have posted losses.

Shell posted a third-quarter loss of $7.4 billion on Thursday, hit by a massive $8.2 billion charge after halting its exploration in Alaska’s Arctic sea and a costly oil sands project in Canada.

About half of Shell’s charges reflected a downward revision of the long-term oil and gas price outlook, Chief Executive Ben van Beurden said. Net profit excluding identified items collapsed to $1.8 billion from $5.85 billion a year ago.

Eni posted a net loss of $1 billion and France’s Total had a sharp drop in profit, though its results were stronger than expected.

“It is slowly going to claw its way back into the black through cost-reduction efforts, but that will take time. It will depend on price movements, but it will take time to get all these cost savings through the system.”

Even after cost efficiencies and spending cuts, European oil companies on average will require an oil price of around $78 a barrel in 2016 to cover spending and dividend payments, according to Jefferies estimates before the latest results.

Analysts polled by Reuters expect Brent crude to average a much lower $58.60 a barrel in 2016.

Shell, which Jefferies says has the lowest cashflow breakeven point at around $66 a barrel, said it would axe 1,000 additional jobs after the 6,500 job cuts announced earlier this year.

Companies are also tapping the debt market, benefiting from a relatively low debt ratio that will allow them to cover spending and dividend payments that, except for Eni, have remained unchanged.

Britain’s BP increased its debt ratio to 20 percent from 15 percent a year ago after agreeing in July to pay $20 billion in fines relating to the 2010 Gulf of Mexico oil spill.

Europe’s majors have reduced 2015 spending programmes about 15 percent to near $107 billion, and more cuts are seen next year.

Results have been bolstered somewhat by gains in refining and trading segments, as lower prices lifted global fuel demand, though this boost is expected to fade with the seasonal winter drop in demand.

Shell and Eni shares were down 1.4 percent and 1.8 percent respectively at 1422 GMT, with Total up by 0.4 percent. The European oil and gas index was largely flat.

In New York, shares of ConocoPhillips rose nearly 1 percent, or 44 cents, to $53.78 in midday trading. Chevron Corp and Exxon Mobil Corp will report on Friday.

(Additional reporting by Gwladys Fouche in Oslo and Stephen Jewkes in Milan; Editing by Terry Wade and David Gregorio)