Calls for G20 to act as fiscal, monetary policies falter 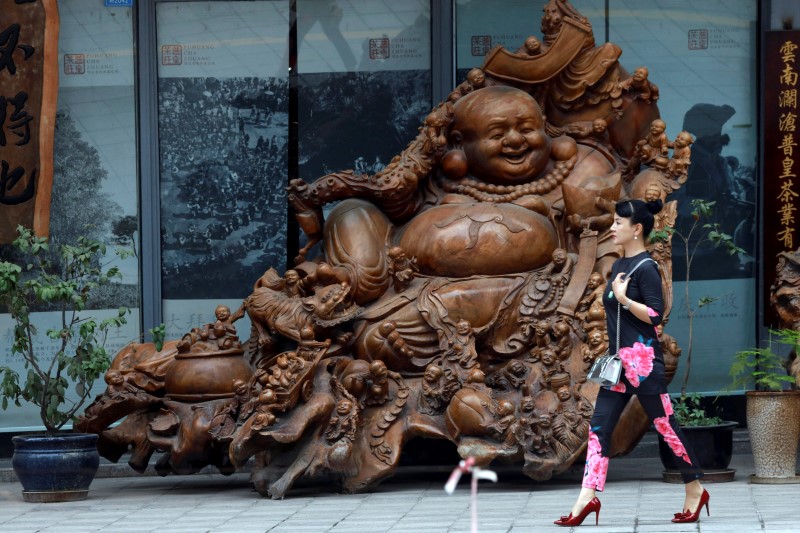 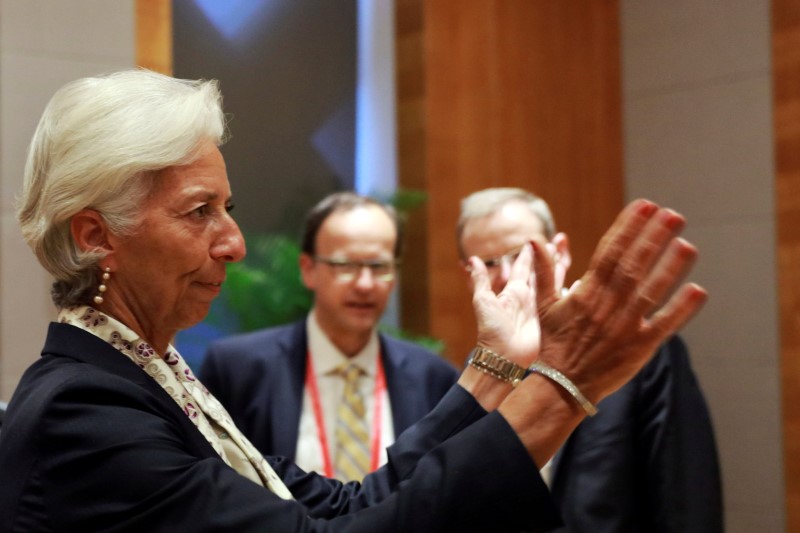 Lou was speaking at the start of a meeting of Group of 20 finance ministers and central bankers in the southwestern city of Chengdu, where they will confront challenges to global growth exacerbated by Britain’s decision to leave the European Union and consider deeper structural reforms.

“To promote strong, sustainable and balanced economic growth is still the core issue of G20,” Lou told a forum.

Various countries have taken steps to support economic growth in recent years, but Lou said the effectiveness of fiscal policy and monetary policy was “diminishing, and the side-effects are showing up.” 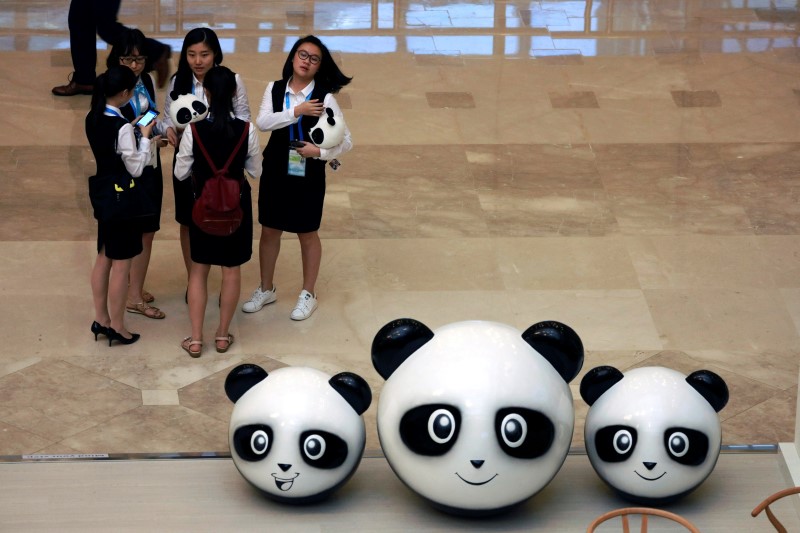 Chinese women gather near panda dolls at the venue ahead of the G20 Finance Ministers and Central Bank Governors Meeting to be held over the weekend in Chengdu in Southwestern China’s Sichuan province, July 22, 2016. REUTERS/Ng Han Guan/Pool 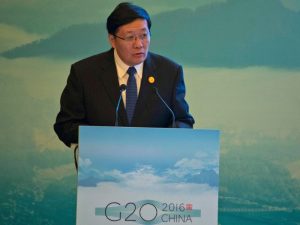 Markets are simmering with speculation that the Bank of Japan will cut its inflation forecasts and expand its already massive stimulus programme at a July 28-29 rate review, as a hit to exports from a strong yen <JPY=> and weak consumption has added to downward pressure on the economy and prices.

Regarded as a safe haven at times of market turmoil such as that caused by Britain’s vote to leave the European Union, the yen has strengthened to around 106 to the dollar. Aso has previously warned that the yen was rising too quickly.

A U.S. official indicated earlier that the depreciation of China’s yuan <CNY=CFXS> to five-and-a-half year lows, and the Chinese central bank’s reaction, were understandable and “consistent to a transition to a market-oriented exchange rate”.

“It wouldn’t be fair to say that over the last few months the downward movement of the RMB was something that was fundamentally driven by policy decisions,” he said.

The G20 meeting will be a debut of sorts for Britain’s newly-appointed finance minister Philip Hammond, who is likely to be grilled about the UK’s plans for keeping up economic growth in the wake of Brexit.

“There will be a lot of attention to this meeting as we gather for the first time since the Brexit vote shook markets,” said one Asian finance official.

“I expect G20 debate to focus more on potential effects from Brexit on the real economy in the longer term, which should be a matter of concern for emerging economies.”

The International Monetary Fund this week cut its global growth forecasts because of the Brexit vote, saying that uncertainty over Britain’s future trade relationship with Europe will stall investment and sap consumer confidence.

Data out of Britain on Friday seemed to bear out fears. A business activity index posted its biggest drop in its 20-year history, a sign that Britain’s economy appears to be shrinking at the fastest rate since the financial crisis in the wake of last month’s Brexit vote.

On Friday, Hammond said the UK could reset fiscal policy if necessary, his strongest comments to date on how policy may change after Britain’s historic decision to leave the European Union.

The spectre of protectionism, highlighted by U.S. Republican presidential candidate Donald Trump’s “America First” rhetoric and talk of reworking or quitting trade agreements, will also hang over the meeting.

Turkey says it will uphold democracy and rule of law

CHENGDU, China (Reuters) – Turkey will strongly adhere to democratic principles and rule of law, Deputy Prime Minister Mehmet Simsek said on Saturday, referring to the government’s crackdown in the aftermath of a failed military coup.

“From the very beginning, I wanted to say that despite what has happened a week ago in Turkey, that we will continue to strongly adhere to democratic principles and apply rule of law and not much really has changed. I know there are question marks,” he told a meeting of G20 finance ministers and central bankers in the southwestern Chinese city of Chengdu.

The government’s widening crackdown in the aftermath of a failed military coup has spooked investors, who have dumped the lira currency and sold stocks.