A lawsuit against Iran by the son of journalist Zahra Kazemi, who died after an alleged beating, rape and torture in an Iranian prison, hit a wall Friday in Canada’s top court.

The Supreme Court of Canada ruled that Kazemi’s son Stephan Hachemi could not sue Iran’s government and key officials for $17 million Canadian for his mother’s suffering and death, because they are protected under Canada’s State Immunity Act.

Kazemi was a freelance photojournalist born in Iran in 1948, educated at the University of Paris, and who emigrated to Canada. She retained her Iranian passport and was using it to travel in Iran at the time of her death. 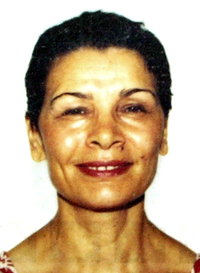 Kazemi, who sold her work to magazines and a European photo agency, was detained outside Evin Prison in June, 2003 while taking photos of protesters. She died shortly afterward, on July 11, 2003, in Iran’s Baghiyyatollah al-Azam Military Hospital. Iran refused to ship her body to her son in Canada for burial.

The case sparked a diplomatic quarrel between Canada and Iran, intervention by Amnesty International and other human rights and press groups, and at one point the arrest by Iran of several Intelligence Ministry officials. The autumn after she died, an Iranian parliamentary commission reported that Kazemi had been under the jurisdiction of the Iranian judiciary when she was beaten. Iran’s official response to her death wrapped up in July, 2004, when an Iranian court acquitted intelligence agent Mohamed Reza Aqdam Ahmadi, on the grounds there was insufficient evidence, said the Committee to Protect Journalists.

Hachemi launched his suit in the province of Quebec in 2006, against  the Islamic Republic of Iran, its head of state, the Chief Public Prosecutor of Tehran and the former Deputy Chief of Intelligence of the prison where Kazemi died.

Friday’s final Canadian ruling upholds a verdict by Quebec’s top court, which essentially ruled that because Kazemi was not injured in Canada, Canada’s State Immunity Act renders the defendants immune.

Six Supreme court justices agreed with the Quebec court; only one, Rosalie Abella, dissented. “The State Immunity Act is constitutional and prohibits civil law suit against a foreign country,” said the Supreme Court. The defendants “are immune from the jurisdiction of Canadian courts.”

Abella disagreed, writing in her lone dissent “They are not immune from the jurisdiction of Canadian courts and the claims against them should be allowed to proceed.”

The court referred the issue to Canada’s political system. “A foreign state and its functionaries cannot be sued in Canadian courts for acts of torture committed abroad. This conclusion does not, however, freeze state immunity in time. Parliament has the power and the capacity to change the current state of the law on exceptions to state immunity, just as it has done in the past,” said the majority.

Excerpts of the Supreme Court of Canada ruling:

K, a Canadian citizen, visited Iran in 2003 as a freelance photographer and journalist. She was arrested, detained and interrogated by Iranian authorities. During her detention, she was beaten, sexually assaulted and tortured. She later died as the result of a brain injury sustained while in the custody of Iranian officials. Despite requests made by K’s son, H, that her remains be sent to Canada for burial, she was buried in Iran. Although a report commissioned by the Iranian government linked members of the judiciary and the Office of the Prosecutor to K’s torture, only one individual was tried. That person was acquitted following a trial marked by a lack of transparency. In short, it was impossible for K and her family to obtain justice in Iran.

In 2006, H instituted civil proceedings in Quebec seeking damages on behalf of himself and his mother’s estate against the Islamic Republic of Iran, its head of state, the Chief Public Prosecutor of Tehran and the former Deputy Chief of Intelligence of the prison where K was detained and tortured. H sought damages on behalf of K’s estate for her physical, psychological, and emotional pain and suffering as well as damages for the psychological and emotional prejudice that he sustained as the result of the loss of his mother. Both H and the estate also sought punitive damages. The Iranian defendants brought a motion in Quebec Superior Court to dismiss the action on the basis of state immunity….

…. At issue in this appeal is whether the Islamic Republic of Iran, its head of state and the individuals who allegedly detained, tortured and killed K in Iran are entitled to immunity by operation of the SIA . The resolution of that issue rests on the scope of the SIA , the impact that the evolution of international law since the SIA ’s adoption might have on its interpretation, and whether the Act is constitutional. An overarching question, which permeates almost all aspects of this appeal, is whether international law has created a mandatory universal civil jurisdiction in respect of claims of torture, which would require Canada to open its courts to the claims of victims of acts of torture that were committed abroad. Moreover, this Court is asked to determine whether torture may constitute an official act of a state and whether public officials having committed acts of torture can benefit from immunity.

…. State immunity is not solely a rule of international law, it also reflects domestic choices made for policy reasons, particularly in matters of international relations. Canada’s commitment to the universal prohibition of torture is strong. However, Parliament has made a choice to give priority to a foreign state’s immunity over civil redress for citizens who have been tortured abroad. That policy choice is not a comment about the evils of torture, but rather an indication of what principles Parliament has chosen to promote.

…Parliament has given no indication whatsoever that Canadian courts are to deem torture an “unofficial act” and that a universal civil jurisdiction has been created allowing foreign officials to be sued in our courts. Creating this kind of jurisdiction would have potentially considerable impact on Canada’s international relations. This decision is to be made by Parliament, not the courts.