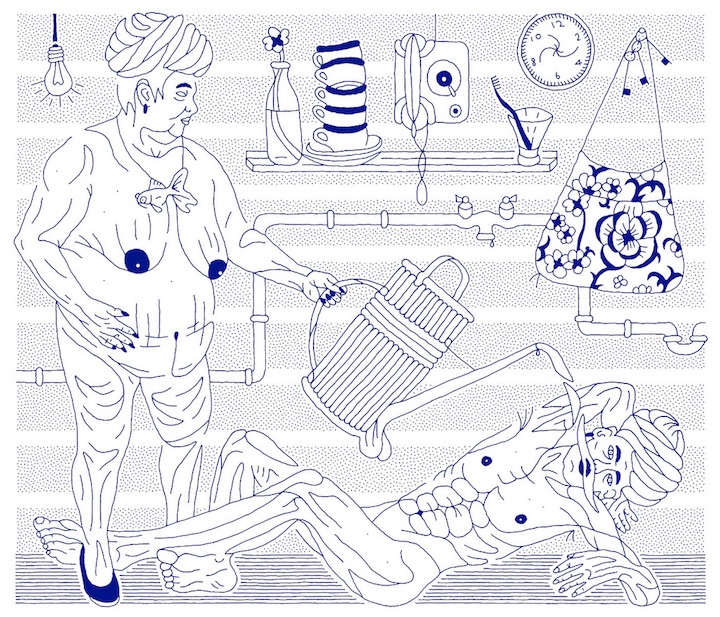 One of the most important takeaways from America’s Senate Intelligence Committee’s torture report summary is that senior Central Intelligence Agency personnel — which the report refers to as CIA headquarters — knew from the very beginning that torture was unlawful and learned quickly that their brutal program was pointless.

Yet they told the interrogators to keep torturing.

In November, 2001, before the CIA had a single prisoner in its custody, its lawyers began researching potential legal defences to torture.

In July, 2002 its lawyers drafted a letter to the justice department seeking advance immunity from prosecution under the U.S. law that bans torture.

The letter was never sent, but as John Sifton of Human Rights Watch has noted, it’s clear evidence that the CIA knew what it wanted to do was unlawful, and did it anyway.

Abu Zubaydah was the first victim of the CIA’s torture techniques.

Just days after his torture regimen began, in August, 2002, CIA personnel sent cables back to CIA Headquarters, in which they repeatedly said they thought it “highly unlikely” that Abu Zubaydah had the information headquarters sought.

Superiors at Langley told them to keep going.

CIA interrogators reported waterboarding sessions that left Abu Zubaydah “completely unresponsive, with bubbles rising through his open, full mouth.” (A CIA email in August, 2002 said that even watching videos of the torture produced in the viewer “strong feelings of futility (and legality) [sic] of escalating or even maintaining the pressure.”)

Abu Zubaydah would be subjected to the torture techniques for 20 days straight. He spent the equivalent of more than 11 days in a coffin-shaped box and was waterboarded 93 times. According to the Senate report, Zubaydah did not supply the information Langley said it wanted from the torture.

Yet the program was declared a success and expanded.

By early 2003, the CIA was making plans that called for detainees to be tortured basically upon arrival at a given CIA detention site.

For example, when the CIA decided to render Ramzi Bin al Shibh to its prison in Poland in February 2003, interrogators prepared for his arrival by drafting an interrogation plan that called for him to be shaved, stripped, and shackled “hand and foot with arms outstretched over his head” in a cold room – all before interrogators even met him and determined whether he was “cooperative,” to use the report’s term. 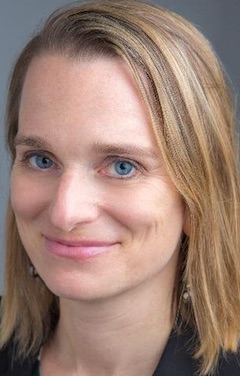 Marcellene Hearn is a lawyer whose ACLU assignment is management of legal and policy challenges to torture and unlawful detention.

Bin al Shibh was then subjected to torture techniques for an estimated 34 days straight.  When the interrogators cabled CIA headquarters that they did not believe Bin al Shibh had the information it sought, superiors told them to keep going, and so they did, for another three weeks.

The Bin al Shibh torture plan became the “template.” Six more detainees would be subjected to similar treatment before meeting with interrogators under similar “plans” approved by Langley. These plans typically didn’t specify what information the CIA thought the victim had. In short, despite the CIA’s assertion that its methods were necessary because its prisoners were withholding information – which wouldn’t justify its crimes anyway – actual withholding was clearly not a prerequisite for torture.

The report also reveals that over and over, with victim after victim, CIA headquarters told interrogators to keep going even when the interrogators assessed that the prisoner did not have the information the CIA sought, was “cooperating,” or might be permanently psychologically damaged.

This happened repeatedly with Abd al Rahim al-Nashiri, who was rendered by the CIA in November, 2002 to the “Salt Pit” prison in Afghanistan, then to Thailand (where he was waterboarded three times), and then on to Poland in December, 2002.

After al-Nashiri arrived in Poland, interrogators cabled headquarters that al-Nashiri was not “withholding important threat information” and that if the CIA’s methods were resumed he might “suffer the sort of permanent mental harm prohibited by the statute.”

Langley responded by sending an untrained interrogator to Poland who shackled Nashiri with “his hands affixed over his head” for 2 1/2 days, and threatened him by holding a gun near his head as well as by operating a power drill next to his body while he was blindfolded.

Then, in January, 2003, one of the CIA’s two torture-touting contract psychologists was sent out to Poland. “Dunbar,” code for Bruce Jessen, recommended another course of torture techniques – which headquarters approved – even after the chief interrogator warned that “continued enhanced methods may push [al-Nashiri] over the edge psychologically.”

Al-Nashiri would be held in Poland until June 2003 before being transferred to five more CIA prisons. On July 24, 2014, the European Court of Human Rights found that Poland was complicit in the CIA’s torture of al-Nashiri.

The report also details torture and secret detention seemingly unconnected to any intelligence purpose at all. The situation at the Salt Pit is emblematic, the prison where Gul Rahman was tortured to death in November 2002.

Prisoners at the Salt Pit were kept in the dark for 24 hours a day, in cells without heat in winter, with buckets for toilets. Senate staff found a photo of a “well-worn waterboard” at the Salt Pit, although the CIA has not admitted to waterboarding anyone there. The CIA could not explain the presence of the waterboard to Senate staff.

More than a year after Rahman’s death, CIA officials on the ground and back at headquarters knew shockingly little about who the CIA held in Afghanistan and why. In December 2003, an official would cable CIA headquarters:

“[W]e have made the unsettling discovery that we are holding a number of detainees about whom we know very little. The majority of [CIA] detainees in [Country _] have not been debriefed for months and, in some cases, for over a year . . . . In a few cases, there does not appear to be enough evidence to continue incarceration, and, if this is in fact the case, the detainees should be released”.

To this day, the CIA can’t account for everyone held at the Salt Pit. Their stories remain unknown.

We don’t know who at CIA headquarters approved the torture plans and told the interrogators to keep torturing, because their names are redacted in the report. A special prosecutor, however, should be able to figure it out.

One of the five remedies would honour Americans who opposed the use of torture:
https://www.aclu.org/national-security/acts-courage-against-torture

And:
More of artist Dmitry Borshch’s grotesques are here:
https://www.flickr.com/photos/borshch/