Lacking ear plugs strong enough to block the din from America blasting the world, or a mega-phone loud enough to counter the babble, I’m resorting to two letters. 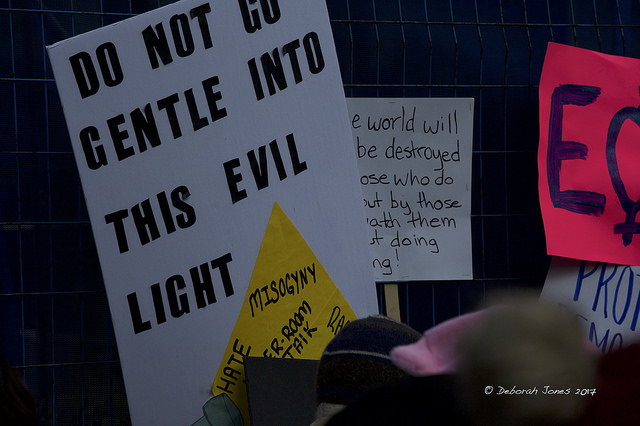 There’s a big world out there. Please remember that fact as we remain transfixed on America’s latest horrific but predictable melt-down. Yes, a raging super-power warrants some global attention. It does not require us to gorge on outrage, 24/7.

We are riveted wholly on the United States at the expense of other things, many in desperate need of our attention. We risk burn-out, gawping at America’s raging inferno. Stuff, important stuff, is at risk elsewhere — and just as it demands vigilance, America’s freak show is diverting our eyes and minds, and crushing our appetite for the information we need.

Please, just for a moment, ignore America’s bigots, racists, Nazis, supremacists of all sorts, culture wars. Turn away from the anger and grief pouring out of Charlottesville, Virginia, and Washington, D.C. Choose any random sample of other urgent issues, and pay attention. Suggestions:

The deadly terror attacks in Finland and Spain; the hundreds who died in a landslide in the Democratic Republic of Congo; Venezuela imploding in  a political and economic crisis and seeking any kind of ally; Kenya’s explosive politics.

Note the trillion dollars, countless jobs and whole communities at stake in just-started talks between Canada, the U.S. and Mexico, to overhaul the North American Free Trade Agreement.

Ponder the new twist on the peril facing Afghanistan, where America has now led a war for 16 years — foolishly helped by the professional militaries of many other nations. Afghanistan is still in ruins, arguably much worse. Now, American authorities have suggested sending in mercenaries to do what their soldiers could not. Think that will end well? At least, please, think about it.

Most of you who are reading this still live in democracies, albeit flawed. Most of us have voices that can matter — but only if we use them.

You have my sympathy, but I for one can’t bear witness 24/7. Even if I could, you don’t deserve my, or the world’s, attention.

The fact is, just-more-than 19 per cent of you in the US, of voting age, voted for your current president. Another just-less-than 20 per cent voted for Hilary Clinton, his only feasible opponent (after your undemocratic Democrats stomped on Bernie Sanders).

What of the more-than 60 per cent of you who sat out and allowed idiots* to take over your country? You, who were apathetic? You, who failed to get your point across and convince others? (ie, politics in a democracy). You, who were too divided to come together for the big stuff you’re now screeching about? You, yes you, have some ‘splainin to do.

But, please, explain and talk to each other.

The rest of us in the rest of the world are deafened by your noise. I’ve tried to tune you out and turn you off for most of each day, but now you have sucked all of the oxygen from everyone’s air. And, frankly, we need that oxygen to deal with very real stuff that’s not all about you.

*Idiot stems from the Greek idios; it refers to a private person who is, literally, ignorant, in a culture that values the body politic, or “politics.”

Deborah Jones is a founder of Facts and Opinions.