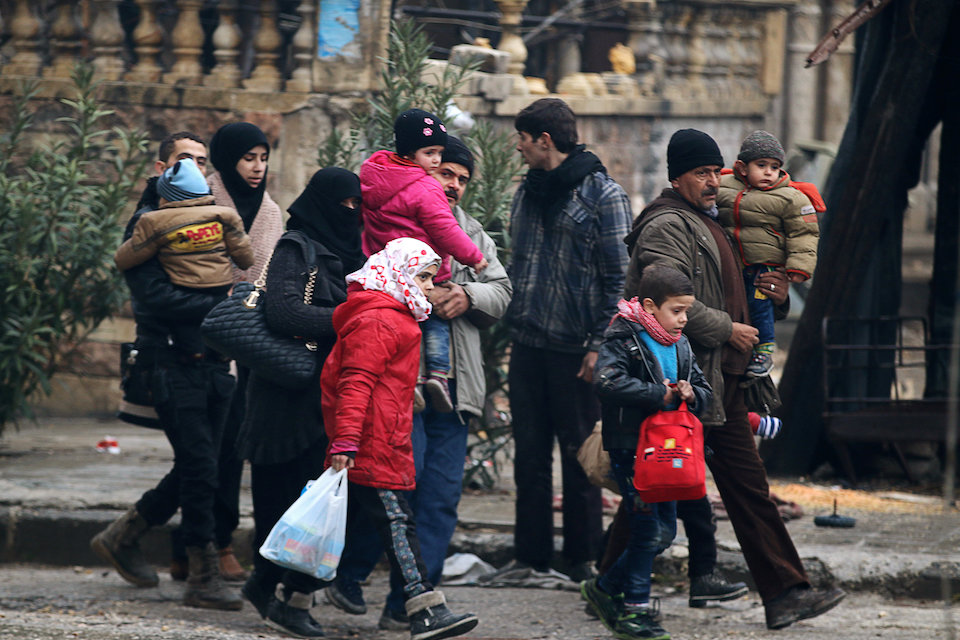 People carry their belongings as they flee deeper into the remaining rebel-held areas of Aleppo, Syria December 13, 2016. REUTERS/Abdalrhman Ismail

Rebel resistance in the Syrian city of Aleppo ended on Tuesday after years of fighting and months of bitter siege and bombardment that culminated in a bloody retreat, as insurgents agreed to withdraw in a ceasefire.

The battle of Aleppo, one of the worst of a civil war that has drawn in global and regional powers, has ended with victory for Syrian President Bashar al-Assad and his military coalition of Russia, Iran and regional Shi’ite militias….

However, the war will still be far from over, with insurgents retaining major strongholds elsewhere in Syria, and the jihadist Islamic State group holding swathes of the east and recapturing the ancient city of Palmyra this week. …. Read our full report here

Aleppo will fall, but Syrian war will go on — Analysis, by By Samia Nakhoul October, 2016