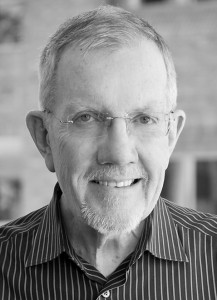 Brian Brennan is a founding feature writer with Facts and Opinions and a contributor to Arts dispatches and the Loose Leaf column. He is the author of the profile of Calgary Mayor Naheed Nenshi in the journal’s inaugural issue.

Brennan is an award-winning Irish journalist and author who has lived and worked in Canada since 1966. Trained at University College Dublin, Vancouver’s Langara College, the Poynter Institute in St. Petersburg, Florida, and the National Critics Institute in Waterford, Connecticut, he spent 25 years as a staff writer and columnist at the Calgary Herald, writing on such topics as politics, medicine, theatre and social history. Since leaving the Herald in 1999, he has freelanced for magazines and newspapers across North America, including The New York Times and The Globe and Mail. Among his awards are the inaugural Dave Greber Freelance Writers Award, the Hollobon Award for medical reporting and two Western Magazine Awards. His 10 published titles include several about the social history of Canada. His latest is an autobiography, Leaving Dublin: Writing My Way from Ireland to Canada.

Canada’s ambassador to Ireland: Once a Cop, Always a Cop

It’s hard to tell from the raw television footage if the shaven-headed protester posed any real danger to the Irish and British dignitaries gathered at a Dublin military cemetery this week to honour British soldiers killed during the 1916 Irish rebellion against British rule. But clearly the Canadian ambassador, Kevin Vickers, felt there was a threat. He made a beeline for the shouting protester, grabbed him by the sleeves of his leather jacket, marched him away from the podium and turned him over to police.

Remembering the Pillar. By Brian Brennan

A century ago, on April 29, 1916, the Irish Republic ended its brief existence with an unconditional surrender. Though successfully thwarted, it set off a series of events that led to the outbreak of an Irish war of independence between 1919 and 1921. Brian Brennan writes about his experience of Ireland’s independence movement halfway between then, and now.

In his Arts column, Brian Brennan recalls conversations he had with celebrities during his 15 years as a newspaper entertainment reporter. In many instances, he reports on things they said that weren’t included in the original articles.

The Pluck of the Irish: How a proud native cuts through the kitsch. By Brian Brennan (Subscription)

Here’s what I will not do this St. Patrick’s Day: I will not call it St. Paddy’s Day or the 17th of Ireland. I will not wear a green tie or sweater. I will not drink green beer. I will not wear a button that says, “Kiss Me, I’m Irish.” I will raise another glass to the poet Seamus Heaney, listen to Dublin pianist John O’Conor play the music of Irish composer John Field, and re-read James Joyce’s Portrait of the Artist as a Young Man. I will remember that many of us who become emigrants leave Ireland because we beg to differ, because we fear what Edna O’Brien calls the “psychological choke.”

I was 20 years old at the time so I remember, of course, where I was the day Kennedy was shot. I had been out visiting with friends that afternoon and when I got home my mother was in tears. “The president’s been killed,” she said. “Dev’s been killed?” I said, thinking she was referring to Ireland’s Brooklyn-born president, Éamon de Valera. “No, President Kennedy,” said my mother. “Somebody shot him.” For my mother, as for many in Ireland, it was as if a member of the family had been taken from us.

KINGS OF THE RANCH. By Brian Brennan (Subscription)

The pending sale of a cattle ranch in the foothills of the Canadian Rockies has drawn renewed media attention to the two eccentric brothers who once owned the rangeland property. Although they saw the ranch appreciate in value to an estimated $6 million during the 60 years they lived and worked on it, Maurice and Harrold King always gave the outward impression they were barely keeping the wolf from the door. They were squabbling bachelors who disagreed about almost everything yet couldn’t live without one another. Their home was a modest homesteader’s shack on a ranch that eventually spread to more than 5,000 acres.

Accordion Man: Born to Squeeze? Not me. By Brian Brennan (Subscription)

You’ve heard the jokes. They’re not funny. What’s the difference between an accordionist and a terrorist? A terrorist has sympathizers. Not funny, I tell you. Syndicated cartoonist Gary Larson (The Far Side) used to lead the insult brigade. He put his favorite on a greeting card sold all over the world. The caption read, “Welcome to Heaven, here’s your harp. Welcome to Hell, here is your accordion.” Not funny? All right, maybe a little bit funny.  Accordionists get no respect. I know. I used to be an accordionist. OK, still am. No respect I get.

The mayor of Calgary, Alberta, was about to give a speech in Toronto when an aide drew him aside to tell of trouble brewing back home. Floodwaters were surging in the Rocky Mountains. Towns upstream of Calgary were already under water, and Calgary would be inundated within a matter of hours. “Get me on the next plane out of here,” said the mayor, Naheed Nenshi. “This is serious business.” He delivered his speech while his staff scrambled to get him on the four-hour flight back to Calgary. Seven hours later, Nenshi was on the ground in his city’s emergency management centre, answering media questions about a calamity that could define his entire mayoralty. Just as Hurricane Sandy drew widespread attention to the leadership skills of New York mayor Michael Bloomberg, and 9/11 belonged to Rudy Giuliani, the Calgary Flood of 2013 could become the crisis that established Nenshi as Canada’s mayor.