Ruth Hopkins writes from Pollsmoor Prison in the Western Cape of South Africa: International Women’s Day on March 8 turns the spotlight on the fate of women, in particular their achievements and the slow pace of progress. An often overlooked group are women prisoners. Their needs, views and struggles barely figure in feminist discourse, let alone in the mainstream debate in society. F&O is pleased to publish a series of drawings by a prisoner who, for security reasons, goes by the name Palesa. Read  her story, Filth, disease, sex and violence for South African female inmates. 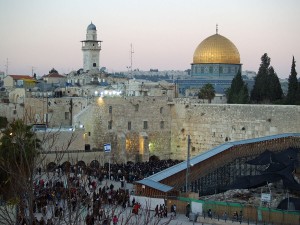 One story going largely unnoticed amid the  circus-like atmosphere of the Republican presidential primary campaign has serious consequences for Canada and the United States, and for many of their Jewish citizens: the struggle over the the definition of what it means to be a Jew in Israel. 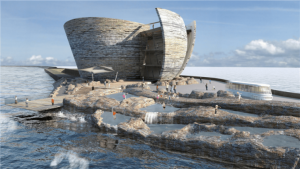 Can clean power plants be things of beauty? By Nicole Porter

The Referendum That Might Have Headed Off Flint’s Water Crisis. By Alec MacGillis, ProPublica 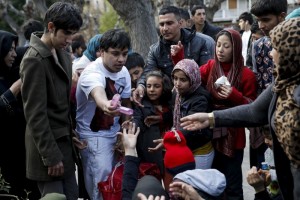 A transit camp is the most dramatic sign of a new crisis tearing at Greece’s frayed ties with Europe and threatening its stability.  The European Union’s most enfeebled state is suddenly being turned into what Prime Minister Alexis Tsipras calls a “warehouse of souls”.