The Poison in Afghanistan Politics 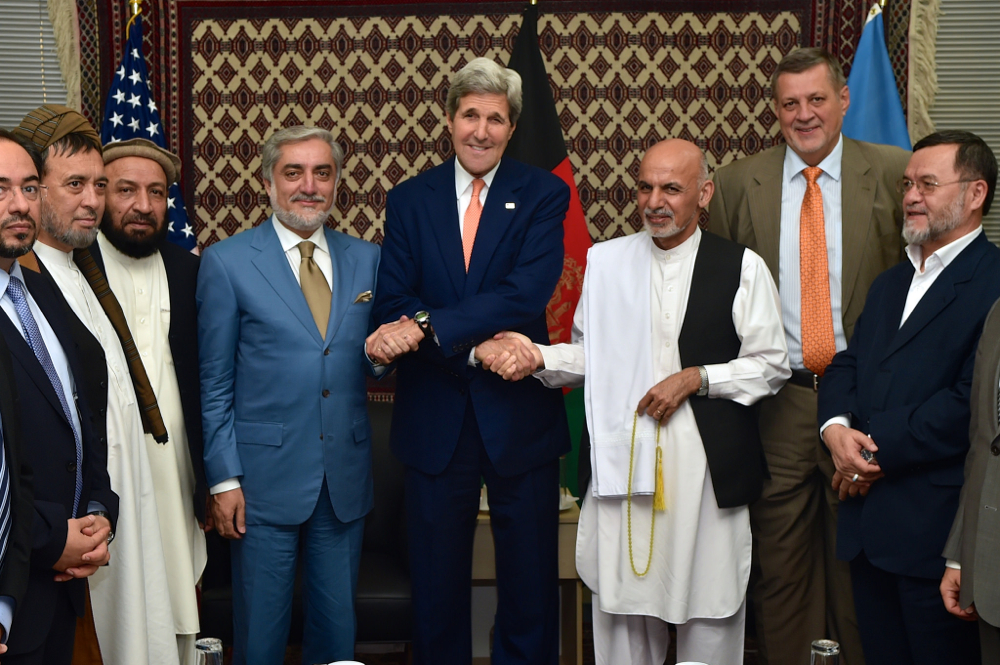 Afghanistan’s unity deal contains poisonous seeds which will pollute the country’s politics, writes International Affairs columnist Jonathan Manthorpe. Afghans turned out in their millions, defying Taliban and other threats, to have their votes cast. Ghani, Abdullah, with Kerry and other outsiders as handmaidens, over-rode that democratic exercise, argues Manthorpe. “Their backroom deal keeps at the hub of power all the corrupt and often brutal regional warlords and dispensers of patronage who have blighted Afghan politics.” An excerpt of his new F&O column, Afghan unity deal ensures future conflict (subscription):

However, the details of the deal contain poisonous seeds, which will pollute the new Afghan political process in coming years, and probably within months. An early indication of the troubles ahead came with Abdullah’s insistence that the results of the United Nations-supervised audit by the Independent Election Commission of the results of June’s run-off vote for the presidency not be published …. read Afghan unity deal ensures future conflict (Log in first; subscription or day pass* required)

Facts and Opinions is a boutique for select journalism, without borders. Independent, non-partisan and employee-owned, F&O is sustained entirely by readers: we do not carry advertising or solicit donations from foundations or causes.  Why? We appreciate your interest and support:  for $2.95 (the price of a cheap brew) you can subscribe to F&O for a month. If that breaks your budget, a one-day pass is $1. A subscription is required for most F&O original work. Subscribe for free to Frontlines by entering your address in theform on the right (we won’t share your address), or follow us on Facebook or Twitter.