Happy Thanksgiving from Canada, where F&O is based and where many of our readers reside. Canada’s thanksgiving has nothing of the glitz and commercialism of America’s famous festival a month later. Here it is, perhaps like Canada itself, more moderate, a celebration of feasts and gatherings, rooted in the northerly harvest season. This time Canada is also in the throes of an angry, divisive and lengthy campaign for the federal election on October 19. Most Canadians will feel far more thankful on October 20, when the pain of the election subsides.  Watch this week for F&O’s Focus on Canada’s election.

Today is also known as Columbus Day, commemorating the date Christopher Columbus arrived on American shores and changed the world, forever. Those who still “celebrate” Columbus Day now seem embarrassingly out of touch, oblivious to the horrors visited on the people living in the Americas after his arrival –and to the evidence that the conquerers caught syphilis** in the Americas and carried the disease back to ravage European societies. And while recognition is due to Columbus Day as a historic landmark, can we please junk the myth that Columbus “discovered” the Americas? Many other peoples sailed across that ocean blue, or trekked to it on land bridges, long before Columbus.  To mark the day, I re-read a tale I wrote about Vikings in 1991, to find that it remains remarkably fresh. You might like to take a look at it: The Vikings are Coming: A 1,000-year-old Viking journey revisited.

In case you missed these on our Contents page earlier, here are the latest works from F&O, including from Jonathan Manthorpe* — whom we warmly welcome back after a period of travel and an injury.

*Please note that our paywall has been replaced with password-protected pages for some of our original works. If you have donated to support us, or are a paying subscriber, and our note with the password did not make it through to you, please email me at djones AT factsandopinions.com and I’ll send it. Thank you for your support; F&O is an ad-free and spam-free zone reliant on you, our readers, to continue.

In the ranks of “barbaric cultural practices” the results of America’s firearms addiction are of the same order of magnitude as world wide of terrorism. Why do the Swiss not massacre each other at nearly the same rate?

Waiting for America’s next mass murder, by Tom Regan, Opinion

We Americans won’t have to wait long. He’s out there right now, with guns. We don’t know his name, or where it will happen….

Sylvia Tyson was learning how to be on her own when I met her …  “What’s past is prologue,” she liked to say, quoting a favourite line from Shakespeare’s The Tempest.

A case study in entrepreneurship, and environmental good intentions: In the late 1880s, a mysterious stranger, said to have come from the West, appeared in Niagara Falls and began to scout the opportunities there.

Being a product of the seventies, my first post-apocalyptic vision of earth was the 1979 film “Mad Max”. So I was intrigued about attending Wasteland Weekend, a festival inspired by that dystopian vision.

Some GM crops could have some benefits. What I object to is a lack of complex evaluations of the technology, the overzealous selling of its benefits and the framing of cautionary skeptics as anti-science scaremongers.

Syria is the new test bed for electronic weapons, in which the US, Russia and Europe invest billions, with Asian countries, led by China, catching up. 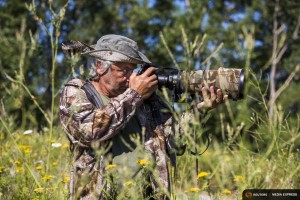 Like a rooftop garden in an overcrowded financial district, Toronto’s Leslie Street Spit is an unexpected urban oasis.

Canada entered “its dark night of the soul” this month, with a  Conservative party pledge for a snitch line to help people inform on their neighbour’s “barbaric cultural practices.”

He had made his mark at age 24 when his first single, “Honeycomb,” sold a million copies in the United States. He quickly followed that with two more million-sellers, “Kisses Sweeter than Wine” and “Oh-Oh, I’m Falling in Love Again.”

*Please note that our paywall has been replaced with password-protected pages for some of our original works. If you have  donated to support us, or are a paying subscriber, and our note with the password did not make it through to you, please email me at djones AT factsandopinions.com and I’ll send it. Thank you for your support; F&O is an ad-free and spam-free zone reliant on you, our readers, to continue.