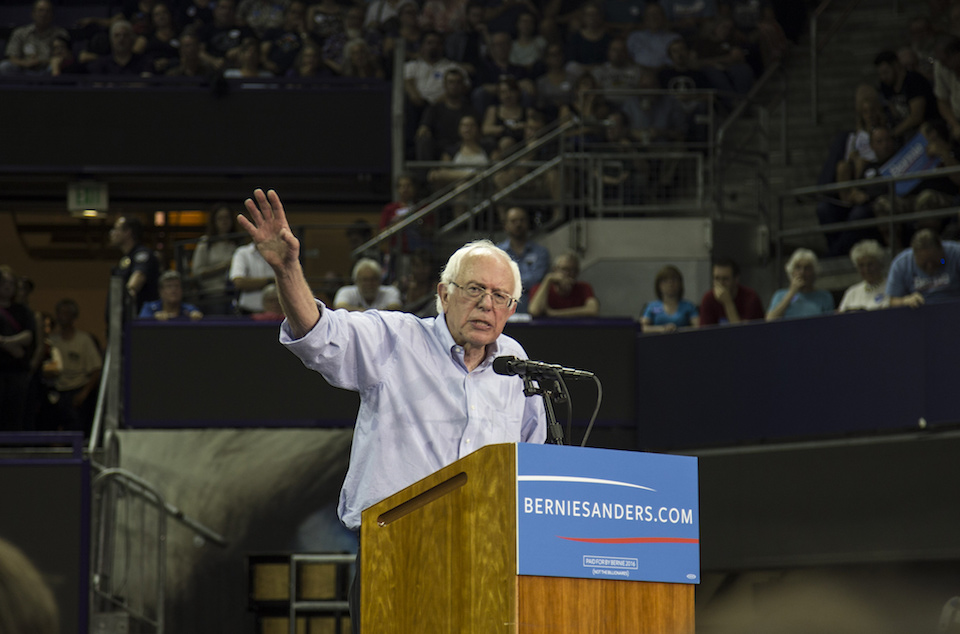 Let me say first, I don’t care who wins the Democratic nomination for president.

Which brings us to Hillary and Bernie. For several months now Hillary Clinton has been the anointed front runner, just as she was in 2008. And just as she did in 2008, she may be about to blow the whole thing. While the circumstances that are leading to Hillary’s current stumbles are different than in 2008, the outcome is eerily familiar.

So with all this momentum favoring Bernie Sanders, why is it that I am predicting that ultimately Hillary Clinton will be the Democratic nominee for president in 2016? It boils down to a simple factor: Bernie Sanders is too white. And so are Iowa and New Hampshire.

There are a lot of good reasons why Bernie Sanders is a very attractive candidate. He’s never been beholden to large corporations for funding, he has always walked his own path and, by and large, he says exactly what he thinks. But what he thinks has a lot more appeal to young, urban, and slightly older middle-class and upper-class whites. Bernie Sanders’ core message does not play as well among African-Americans and Latinos.

The Monmouth poll, taken mid-January, showed Sanders gaining a lot of traction on Clinton in almost every demographic group: whites, moderates, liberals, etc. But among African-American and Latinos, Hillary Clinton has increased her lead.

Clinton has three key factors in her favor: she has the support of Barack Obama, which will help her among African-Americans. In 2008 she outpolled Obama among Latinos, and there is little reason to doubt she won’t show the same kind of strengths this time around. And, she has a very important ally, namely her husband, former Pres. Bill Clinton, who is extremely popular among both minority groups.

Bill Clinton’s appeal to black voters especially cannot be underestimated. While talking heads on morning cable TV argue about the relevancy of his past sins, black voters remember a presidency that did a lot for them. Nobel Prize winning writer Toni Morrison once famously called him “our first black president.” It can be argued that Hillary, who is not from the south originally, may not have the same kind of lasting appeal, but having Bill campaign for her will absolutely help.

This is why Sanders’ popularity in Iowa and New Hampshire is a bit of a mirage. These two states are over 90% composed of older whites. In Iowa, 3.5% of the population is African-American, while about 5.6% is Latino. African-Americans are 1.5% of the population in New Hampshire., while Latinos are 3.3% (all according to the most recent US Census).

But take a look at South Carolina. According to fivethirtyeight.com (a site that I consider the absolute best at analysing polls and how they affect the American political landscape) Clinton has an enormous lead. In South Carolina, Clinton leads by almost 30 percentage points. In this southern state, 29% of the population is black, and one can pretty safely assume almost all of them vote Democrat.

In Nevada, a state with a very large Latino population (which actually holds its caucuses before the South Carolina primary) Clinton has a 22 point lead. The same is true of almost every other state across the South and Southwest.

One reason that Sanders is seen as doing better than he may actually be doing, is because of American media coverage of political campaigns. American media almost never takes the longer view. It is almost entirely wrapped up in the moment, and so coverage on American cable news networks now focuses on how Sanders may win both New Hampshire and Iowa. Little effort, if any, is made to show how these small pieces fit into the overall puzzle.

There is, of course, still time for Sanders to do more to attract minority votes. Media reports indicate that the Sanders people are very aware that this is a serious problem for them. But ham-handed attempts in Nevada to attract Latino votes, and a recent ad released in Iowa and New Hampshire that struck people as being very “white,” are not helping.

It just may be that minority voters don’t see a 74-year-old white man from Vermont as the best person to represent their concerns – even if he might be that person. And that means that Hillary Clinton will probably overcome her current problems and win the Democratic nomination.

Tom Regan has worked for the Canadian Broadcasting Corporation and with the National Film Board in Canada, and in the United States for the Christian Science Monitor, Boston Globe, and National Public Radio. A former executive director of the Online News Association, he was a Nieman fellow at Harvard in 1991-92. He is based in Washington, D.C.