Science and “the environment” should not be separated

Science based on outdoor study of the natural world is easily (and often) overshadowed in the frenzied excitement over gadgets and numbers. Above, the Spout on Newfoundland’s East Coast Trail near fishing village of Bay Bulls. Photo by Greg Locke. © 2009

Does the natural world have any relevance to modern science? Of course it does; but sometimes it seems like that’s not the case. This is a myth perpetuated directly and indirectly through media, policy decisions, academic disciplines, even some science engagement initiatives: that the natural world is somehow separate from science.

Some people assume that any discussion of science automatically includes ecology, botany, entomology and other natural sciences. In some contexts, it might. But, as our immediate surroundings become increasingly engineered and artificial, science based on outdoor study of the natural world is easily (and often) overshadowed in the frenzied excitement over gadgets and numbers. The tangible outcomes and “wow” factor inherent in the physical sciences and technologies (mathematics, chemistry, engineering) have effortlessly commandeered the scientific spotlight.

Just have a look at your favorite online news website. Under what category do environmental stories appear? Are they included under science? Or are they singled out as an unrelated topic?

Out of 14 of the most popular English language news websites in the world (from comScore’s global and U.S. top 10 lists), only three sites (BBC, NBC and New York Times) combine “Environment” and “Science” news stories together under one category. Five sites separate the two as unrelated topics; five have a science category only, with minimal coverage of natural environments; and one site has neither science nor environment news categories.

The power of communication to build and sustain myths, intended or not, is often underrated.

The act of separating science stories on medical breakthroughs and astronomical wonders from stories that cover ecosystems and biodiversity unwittingly enhances the myth in readers’ minds that science and nature are mutually exclusive. Combining science with technology is even more damaging, because it distances science further from natural systems and processes.

The power of communication to build and sustain myths, intended or not, is often underrated. In cultural theory, myths are dominant ideologies that are maintained through media and popular culture. So, separating all those sixth extinction and climate change stories from the science category in media simply perpetuates the myth that they are not scientific issues.

Yet, despite the popular portrayal of science as lab coats, space travel, gadgets and mind-blowing math, in reality, science is more closely aligned with the natural world around us. Science is about generating and sharing knowledge about the structure and behavior of the natural world. Technology is about the functional application of that knowledge to produce tangible outcomes.

This distinction goes beyond semantic pedantry. Science is independent of technology; they are not identical and they are not replacements for one another. If we reduce science to a technological sector removed from the natural world, its relevance to society becomes limited. It becomes another “industry” with a finite customer base, shifting its focus from the pursuit of knowledge, which has far-reaching benefits for all, to the tangible, immediate outcomes it can provide a certain sector of society.

What will be the consequences if the perceived connection between scientific endeavor and the natural world continues to weaken?

When this myth is perpetuated beyond popular media, it can have damaging impacts. The current Australian government, for example, spent more than a year without a minister of science at all, before tacking science onto the industry portfolio after public outcry. The industry minister, Ian Macfarlane, even suggested a new approach to scientific research funding, where funds could be awarded to universities based on the number of patent registrations, not the number of published scientific papers. His comments highlight a common misconception — that the vast majority of scientists work on creating and developing products that can be commercialized.

Critical to Understanding Our Place in the World

What will be the consequences if the perceived connection between scientific endeavor and the natural world continues to weaken? Presenting nature study as a pleasant but scientifically irrelevant hobby may have beneficial effects on our health and well-being, but it will damage our understanding of environmental issues and therefore our understanding of science.

Far from being self-indulgent, knowledge of natural sciences is critical to understand our place in the world and manage the environmental, social and economic challenges we face. How can we understand how environmental change will impact an ecosystem — and the human communities within it — if we don’t know what species and ecological interactions make up that ecosystem? How can we achieve sustainable agriculture if we don’t understand the ecological nuances of the pest, pollinator and predator communities that use the agricultural landscape? Technologists don’t create food, fiber and shelter; ecosystems do. But that can be hard to believe in a world where biotech ag and test-tube meat command so much of the spotlight.

So how do we make sure natural sciences share the spotlight dominated by technology and physical sciences? It’s a challenge, to be sure; and human psychology plays an important role. Gadgets and machines do things; their functionality builds on the momentum of the initial “wow” to sustain the audience’s interest. In contrast, much of the contemporary communication about ecology and natural history focuses on the beauty and vulnerability of nature. In a technological society that is increasingly removed from that beauty and vulnerability, this approach can have a hard time competing for public interest.

Everything in nature holds a story we can connect to. And we haven’t even come close to hearing them all.

The key is to communicate science in a way that is engaging and relevant to everyone, a goal that requires multiple complementary strategies, not just one. Ideally, science should be presented as a balance of natural and technological, so that scientists and nonscientists alike believe that ecosystems, organisms and ecological interactions are as essential to science — and ultimately society — as mathematics, engineering and technology.

Studying nature teaches us about interactions, consequences and survival. What could be more essential to all of us? Through natural sciences, we learn how environmental change affected us, as well as other living things, in the past (paleoecology). We learn how some of the tiniest organisms on Earth can make us sick or keep us alive (entomology). We learn that controversial species (such as wolves or dingoes) are a critical part of our local ecosystems (ecology). And we learn that we can’t fully understand the implications of these interactions, unless we identify and classify all the organisms involved (taxonomy).

Nature is useful and functional to you and me, not just as a resource opportunity or a “happy place,” but as a raison d’être. After all, ecosystems and organisms do things too — they are our natural life support system. Bees, flies and wasps pollinate crops and control insect pests so we can harvest food and fiber; wetlands purify the water we drink and mitigate flooding near our homes; birds and beetles scavenge wastes so we are less likely to suffer from disease.

The list goes on and on, because everything in nature holds a story we can connect to. And we haven’t even come close to hearing them all. The latest groundbreaking technology is indeed a great scientific story to share. But the story of how the natural world works — the world we all live in and depend on — is even more engaging.

Wanted: A new story of humanity’s place in the world, by Philip Loring, July, 2015 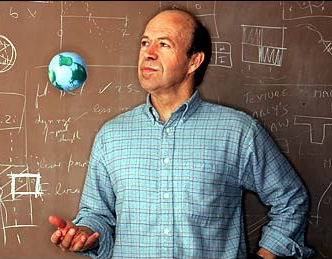