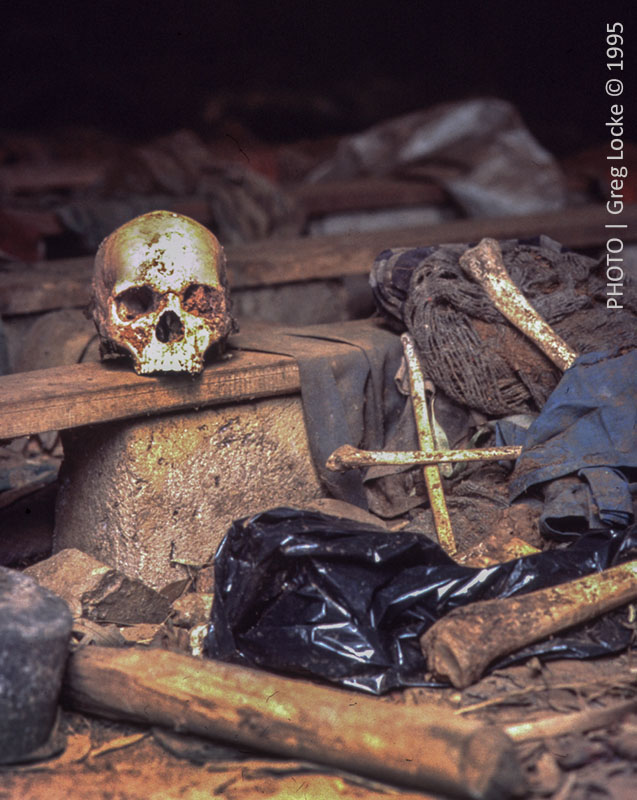 I could say it seems like just last year, but it’s been twenty years this month that the first journalists headed into Rwanda, on news that a mass slaughter of one ethnic group by another was taking place. A civil war turned genocidal and an estimated 800,000 would die in just 100 days in the small central Africa country. The mass killing ended when Paul Kagame’s forces swept in from neighbouring Uganda and took control of the country, but the ongoing conflict carried on across the border in eastern Congo, and continues to this day with various factions and proxy militias.

Associated Press photographers  Jean-Marc Bouju and David Guttenfelder relive their time in Rwanda in Revisiting the Rwandan Genocide: Origin Stories From The Associated Press, by Pamela Chen on the National Geographic website.

Bouju’s quote rang true for me and I’d guess everyone who has covered conflict, war and continuous refugee crisis.

“What I saw was a vision of hell,” Bouju describes, “A particular hell where you have daily life going on, people shopping, but meanwhile other people are butchering each other right there in the same street. The nonchalance of death was astonishing. And I cannot get that out of my mind. To this day, I don’t understand it. But I left a little bit of my soul there somewhere.” …Jean-Mac Bouju

The nonchalance of death is striking. But maybe only to those from the west, where life is supposed to be so precious and sacred, with urban violence only occasionally spilling over into middle and upper class suburbs. One thing for sure, it proved to me that the banality of evil is true. A year later, as I stood among the bones of thousands who died in the little church in Ntarama, Rwanda after a day-long orgy of murder, I could not help but think of the methodical and bureaucratic order of the slaughter. When the killers grew tired of using their machetes they herded everyone inside, and fired rocket propelled grenades into the church. The casualness of how one human being or group can dismiss, objectify, demonize and kill another is frightening and the lesson does not always have to be from a civil war in a far-off developing country.

Under a Malaria Moon is Greg Locke’s photo-essay, with field notes, from nearly a decade in Africa. (Subscription required)

Independent, non-partisan and employee-owned, F&O serves, and is funded by, readers. We do not carry advertising or solicit donations from foundations or causes. Our original work in Dispatches, Think and Photo-Essays is available for a $1 site day pass or at a modest subscription price. Use the SUBSCRIBE  form, right, to receive our free Frontlines blog and notices of new work. 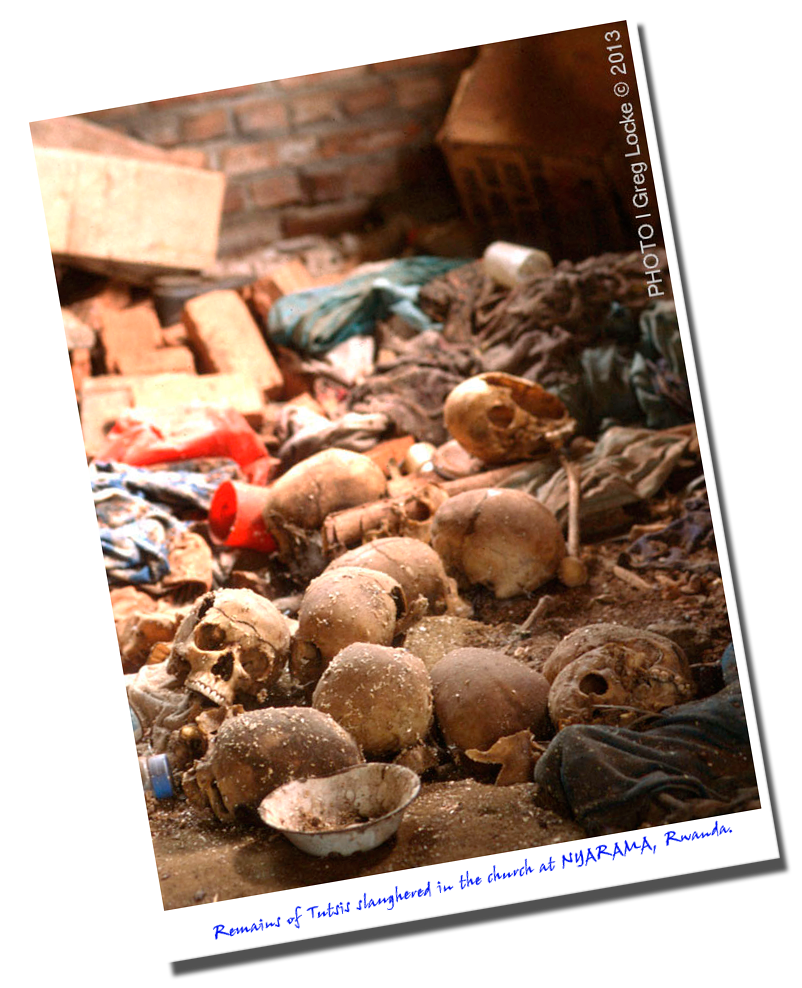