Norman Maen: from Ireland to Swine Lake with Muppets

Norman Maen had many challenges as a professional choreographer working on both sides of the Atlantic during the 1970s. But as Arts columnist Brian Brennan reports in his new time capsule piece, none was more demanding than Maen’s assignment to devise a routine for Rudolph Nureyev and Miss Piggy on The Muppet Show. An excerpt of Brennan’s Brief Encounters column, Choreographer to the Stars: Norman Maen: 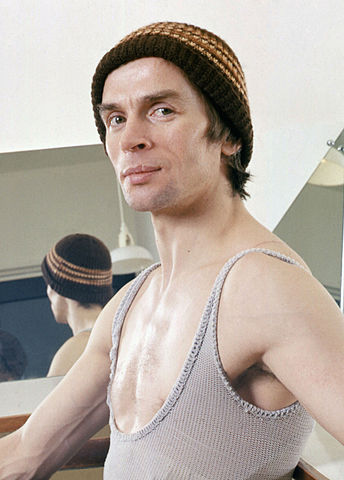 I had two questions for choreographer Norman Maen:

1. How did he choreograph an ice show for Olympic skating champion John Curry when Maen didn’t skate?

2. What was it like working with Rudolf Nureyev on The Muppet Show?

His answer to the first question was straightforward enough, if a little indecorous. “Wettest ass on the rink, dear,” said Maen. “I’m out there in me crepe soles, bringing everyone down around me, waltzing around, falling a lot, and that’s the way I choreographed it.”

The New York Times dance critic, Anna Kisselgoff, clearly thought Maen did a good job. When the Curry show opened at New York’s Felt Forum in December 1978, Kisselgoff wrote that Maen’s choreography for Curry’s signature piece, Debussy’s Afternoon of a Faun, was a highlight of the show. Maen had given Curry’s skating movements the “form and structured context of theatrical dance” and in the process had created something unique. “There is a new movement vocabulary emerging here,” wrote Kisselgoff. Clearly, Maen had come a long way from his dance beginnings in small-town Northern Ireland.

As for Nureyev, I wanted to know if it was true what they said about him. Was he really arrogant and petulant and difficult to work with? Was the artistic temperament always on display? … log in to read Choreographer to the Stars: Norman Maen (subscription required*)