A snapshot of the police beat this week in Toronto, Canada’s biggest city and its national centre of commerce:

The Day the Rob Ford Story Stopped Being Funny

“If this guy isn’t in jail, why bother having police at all? Why not just round up poor people whenever powerful people get the urge? The least we can do, it seem to me, is let everyone currently serving a sentence for drug use out of prison. Otherwise, the whole system is pure hypocrisy. Rob Ford is a threat to the still scared idea of equality under the law.”

“A Toronto crossing guard has been told to stop dancing while on the job out of concern that she could be distracting drivers. Kathleen Byers is known for dancing back and forth across Dufferin Street, south of Dundas Street West, to music from a boombox, which she wears slung over her shoulder.”

Further reading:
Free Range: A Rob Ford Nation. My small comments about the larger political picture; what the choice of mayor by Toronto’s citizenry says about Canada.
Andrew Coyne column in The National Post: Rob Ford mess a monster born of divisive and condescending populism

Canada, once phlegmatic, is no longer a serious country.

The question is, how to respond. To laugh, or cry?

Canada is consumed with the antics of Toronto mayor Rob Ford.

OK, the fact Ford remains in office in the country’s biggest city is grave. He earlier admitted to smoking crack, and today publicly said in city council that he purchased illegal drugs (while still claiming “zero tolerance for guns, drugs and gangs.”) These are the latest chapters of a long sordid saga, and yet for months nothing has ousted this man from the mayor’s office.

Even the spectre of a murder had no apparent effect on his popularity: a man named Anthony Smith was shot and killed some time after Ford was reportedly photographed with him earlier this year. A poll last week suggested that the mayor’s approval rating sat at about 44 per cent, while another poll released today reported that one in four city residents continue to believe he’s fit for office. (Though Ford was — very politely, in true Canadian fashion — asked not to lead the city’s Santa Claus parade.)

Rob Ford has provided terrific fodder for American comedians Jon Stewart and Jimmy Kimmel, and readers from Ireland to Asia are getting blow-by-blow details. Today’s headline in the Los Angeles Times was choice: “Crack-smoking Toronto mayor makes U.S. pols look good.” From coast to coast in Canada’s media, coffee shops, and even at my own table, it’s become impossible to avoid news reports or talk  about Toronto’s mayor.

Perhaps Ford’s case is merely another example of Canada’s famous tolerance – in this case for politicians behaving badly. Canadians, for example, gave the federal Conservative party a strong majority in 2011 even after its minority government was defeated over contempt of Parliament. We reacted with a collective shrug to this spring’s Federal Court finding of widespread fraud in that federal election. The province of Quebec is currently being roiled by revelations from a commission into corruption. Even without its recent suspensions of three senators, Canada’s Senate is … uh, well, I won’t even get into that can of worms.
Or maybe Ford’s case is just another blemish on a continuum of politics, lately slithering toward an extreme.

Either way, Canadians have proved ourselves too tolerant (or apathetic) to face down a miscreant mayor, and clearly not up to the task of improving a flawed political system. Neither excuse explains our obsession with the man. However, and especially in the context of truly important things happening domestically and globally, the obsession with Ford confirms something I’ve come to suspect about Canada’s character: Canada is no longer a serious country.

And I don’t quite know how to respond to that realization. To cry in shame, for what is lost? To laugh in relief that, while other places suffer worse economic hardship, wage real wars, or battle nature’s caprice, Canada’s problems are still so mild that we have the luxury of being absurd? 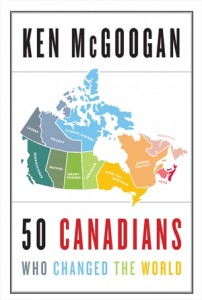