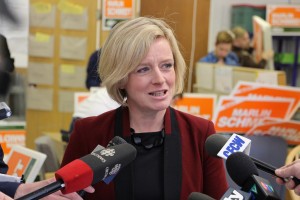 Alberta is once again the New Jerusalem, writes historian, author and F&O columnist Brian Brennan. An excerpt of his dispatch:

Alberta, the home province of Conservative Prime Minister Stephen Harper, has been viewed for 80 years – ever since the right-wing Social Credit Party was elected in 1935 – as Canada’s bastion of rock-ribbed conservatism. Or, as Alberta author Aritha van Herk put it, Alberta has been stereotyped as a province defined by such terms as “redneck, intolerant, racist, conservative, neo-Christian, suspicious of anything new, home of white supremacists, gun lovers, and not a few book-banning school boards.” Until now, after Albertans went to the polls to elect a new provincial government and change that image.

Click to read Alberta once again the New Jerusalem.

Facts and Opinions is an online journal of select and first-rate reporting and analysis, in words and images: a boutique for slow journalism, without borders. Independent, non-partisan and employee-owned, F&O performs journalism for citizens, funded entirely by you, our readers. We do not carry advertising or solicit donations from foundations or causes.

Alberta election: is change in the wind? 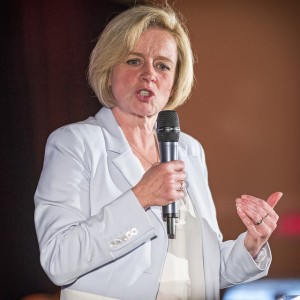 Could Alberta be the bellwether for shifting politics in North America’s oil patch communities?

The election, writes Holman, is “a missed opportunity to change that indifference, raising awareness among Albertans about why their information rights are important and how those rights can prevent another 44 years of unaccountable governments in this province.”

“Alberta, the province that elected North America’s first Muslim mayor, is flirting with another surprise: a feminist New Democrat government — or at least Opposition,” writes Kome.

Click here to read NOTEBOOK: a bellwether election for Alberta?