Brian Brennan on Richard Harris, of Camelot and Hogwarts 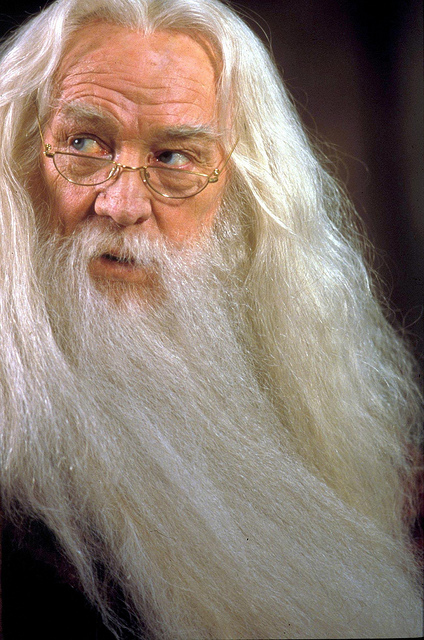 Richard Harris as Albus Dumbledore in Harry Potter and the Philosopher’s Stone, 2001. Promotional photo via Flickr

Richard Harris was off the booze and missing it when he starred as King Arthur in a touring production of Camelot. He told Arts columnist Brian Brennan that going back to his native Ireland and not having a drink was like “going to church and not saying a prayer.” An excerpt of Brennan’s new Brief Encounters column: From King Arthur to Dumbledore: Richard Harris

There was no booze in the star’s dressing room when Richard Harris came to Canada to star as the the once and future King Arthur in a touring production of Camelot. The one-time roaring boy from Limerick, Ireland – former drinking buddy of Peter O’Toole, Richard Burton and Dylan Thomas – told me he hadn’t touched a drink in more than four years.

“It makes my life extremely boring and probably very dull,” he said. The cultured singsong accent still betrayed Harris’s Irish upbringing. “I can’t even drink a thimbleful of wine nowadays. I’d go into shock because of the sugar in it.”

He suffered from hypoglycaemia (low blood sugar), a condition that in severe cases caused the sufferer to lapse into a coma. Harris still remembered the day, even the hour, when the condition forced him to quit drinking. …  log in to read From King Arthur to Dumbledore: Richard Harris (paywall*).

*You’ll find lots of great free stories inside our site, but much of our original work is behind a paywall — we do not sell advertising. We do need and appreciate your support – a day pass is a buck and monthly subscription costs less than a cup of coffee.