VERBATIM: My dad’s war and ‘the Great Work of our time’

The personal experiences that precede or, stronger, inform and influence innovation in thought and deed are always interesting and entertaining. Here’s a recent demonstration, its author a Wall Street exile who has passed the last 15 or so years investigating the riddle of, and solutions to, unfettered global capitalism. His name is John Fullerton. He wrote the “why I do what I do” statement that follows as the prologue to Regenerative Capitalism: How universal principles and patterns will shape our new economy. His Capital Institute organization published Regenerative on its web site.

The report notes that global threats including climate change, inequality, and the 2008 financial crisis have led to questioning of capitalism, while experiments are ongoing that reimagine capitalism for all levels of society — and the planet. In essence, noted Fullerton, the aim is “to create a self-organizing, naturally self-maintaining, highly adaptive Regenerative form of capitalism that produces lasting social and economic vitality for global civilization as a whole.” 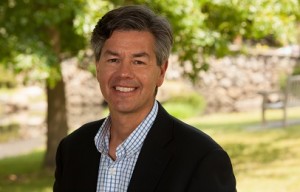 When I resigned from JPMorgan in the spring of 2001 after nearly [20 years’ service], I didn’t know what would come next. What I did know was that I no longer recognized the Morgan culture I had once cherished. Furthermore, I had become restless, feeling my career had lost any purpose beyond achieving “success” as defined by Wall Street and my Morgan bosses.  The culture I so valued had been defined by J.P. Morgan, Jr. in his testimony to a Senate subcommittee following the Crash of 1929. Then, Morgan spoke of the banker’s “code of professional ethics and customs.” He concluded [by] saying that, while the Morgan Bank had made mistakes, those mistakes had been “errors of judgment, and not of principle.”  In truth, this principled approach to banking had been in decline for years, a victim of the fierce pressure of competitive capital markets in a deregulated world, where economic brawn increasingly trumped civility. The recently completed takeover of Morgan by Chase Manhattan merely put the final nail in the coffin. At the time, Chase was focused on consolidating the banking industry through acquisition, a “rollup” strategy centred on increasing scale and cutting costs. This process was often brutal, but it worked well. Now, my future would require answering to new bosses with a new culture, and my initial impressions sent up red flags.  Disillusioned about the direction Wall Street was headed and the loss of the culture I so admired, I decided to walk away without a clear plan for my future. Then, not long after resigning, I experienced 9/11 first-hand. My disillusionment merged with despair.

What followed was years of searching. I was searching for how to make sense of a world that I could no longer explain to my children. At some level, I was also searching for my own purpose in it all.  This search first opened my eyes to the profound, interlocking crises we are now facing – ecological, economic, and social – including the shocking prospect that we are destroying the planet’s ability to support life as we know it. My most startling discovery, however, was that the modern scheme of economics and finance – what Wall Street “geniuses” (like me) practised so well – formed the root cause of these systemic crises. This realization occurred before the 2008 financial crisis and exists independent from it. However, that egregious display of irresponsibility, greed, and fraud further confirmed the reality that Wall Street had lost its way.  My struggle to find a credible alternative-framework for economics and finance sharpened my interest in the intellectual and scientific underpinnings of “systemic” or “holistic” approaches. I began by studying how we might apply the lessons of living systems to economic systems. Here my re-education became practical as well as intellectual. Through my impact investment projects, ranging from values-based banking to holistic rangeland management, I experienced the economic benefits of systemic decision-making firsthand. I have since [demonstrated] the practical benefits of balanced social, economic, and ecological health in more than 25 stories in Capital Institute’s Field Guide to Investing in a Regenerative Economy.  I then discovered that scientists were turning the rules by which living systems sustain  and regenerate themselves into empirical principles of systemic health and development, which applied as much to nonliving systems, including economies, as to ecosystems and living organisms. The resulting synthesis produced an unexpected alignment of insights from fields ranging from physics and biology to sociology and even the core spiritual beliefs common to all the world’s great wisdom traditions. For me, the message became clear:

We can — and must — bring our economic theory and practice into alignment with our latest understanding of how the universe and our humanity actually work!

My practical experience working with real-world regenerative projects and the solid science-based theory of regenerative economies presented here have made me confident in both the promise of Regenerative Capitalism, and the fact that it is already unfolding before our eyes. What remains is the immense challenge to spur a broad awakening to the profound social and economic transition it implies. Recognizing our shared purpose can help sustain the unwavering drive toward the great work that lies ahead.

This quest to understand the possibility of regenerative economics ended up answering the question of why I left JPMorgan over a decade ago with no knowledge of what my future might hold. It also gave new meaning to my 20-year experience witnessing high-finance’s  spectacular rise and alarming descent. Yet my appreciation of how purpose enables us to transcend our differences and find true meaning in our lives came most directly from my father.

A few years before he passed away, my father and I took a three-day trip. The longest one-on-one experience I can recall with my dad, the trip was a unique opportunity for me to hear him reflect on his life. What struck me was that he kept coming back to the war. My dad had served in the U.S. Navy in the Second World War, took part in the Normandy invasion, and later commanded a sub-chaser in the Pacific. The look in his eye as he spoke revealed that, despite the fear, pain, loss, and horror the war had brought, it had also been a deeply meaningful experience for him personally. What became clear to me listening over those three precious days was that it was the shared, noble purpose of the war – not the sacrifices – that had come to define his life. He was, after all, part of the Greatest Generation.

Our generation’s challenges and threats are different. We too must overcome our fears. But we must also transcend our ideological divides and our false separation from one another and from our environment. Climate change, ever-rising inequality, and even the despair that fuels radical fundamentalism are all symptoms of a deeply flawed economic ideology that requires that we shift to a more effective, systemic way of thinking about our next economy. That systemic shift most certainly includes the transformation of the financial system to embrace a meaningful purpose in service of a regenerative world. This is a monumental challenge that holds the promise of uniting our generation in a shared purpose. We now have a more rigorous understanding of what makes human networks healthy – this alone constitutes an amazing opportunity. It is time to act. Our actions, now, will most certainly define the nobility of our lives and our legacy. This is the Great Work of our time.