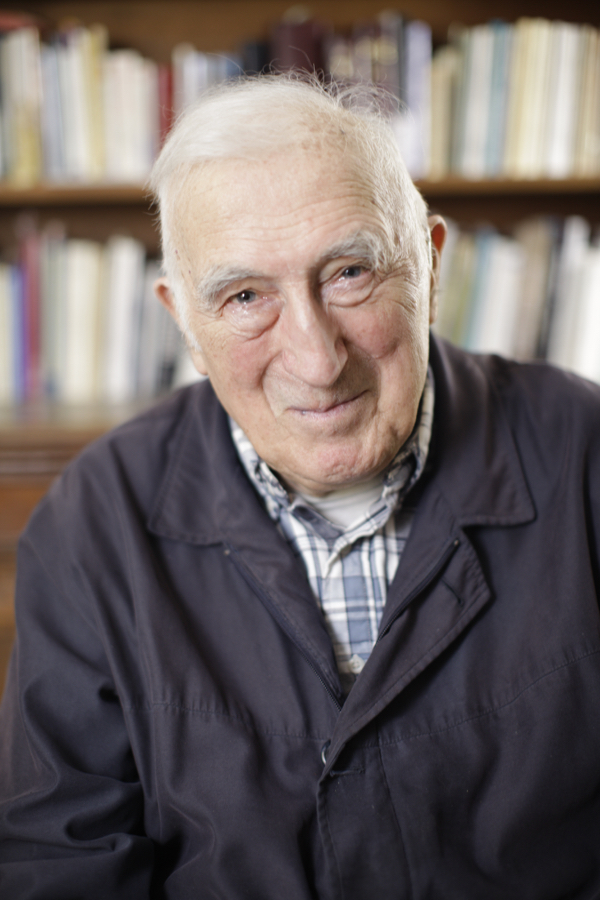 Jean Vanier, founder of L’Arch, and recipient of the 2015 Templeton Prize. Photo via the Templeton Foundation

In 1964 in France, Jean Vanier invited two disabled men into his home and life, as friends. It was the start of L’Arche, a global network of communities in which people with and without disabilities live and work together. Today, Vanier received the 2015 Templeton Prize, sometimes called the equivalent of the Nobel Prize, in the realm of spirituality.

The prize, currently worth about $1.7 in U.S. dollars, “honors a living person who has made exceptional contributions to affirming life’s spiritual dimension, whether through insight, discovery, or practical works.”

“Vanier’s five decades of living with deeply vulnerable people have led him to an understanding of weakness and common humanity,” said the Templeton Foundation in a statement announcing the award. “This learned wisdom reflects the essence of the Big Questions that have become a hallmark of the Prize and continue the legacy of its founder Sir John Templeton, the late global investor and philanthropist, in encouraging and recognizing spiritual progress.”

Templeton, who continues after death to make a difference in the world, would in today’s constrained Western zeitgeist have likely been viewed as an eccentric, especially where evidence-based inquiry meets faith.

“Scientific revelations may be a gold mine for revitalizing religion in the 21st century,” he once said. “All of nature reveals something of the creator. And god is revealing himself more and more to human inquiry, not always through prophetic visions or scriptures but through the astonishingly productive research of modern scientists.”

YouTube videos of Jean Vanier  are available here. Below, he addresses the big questions.