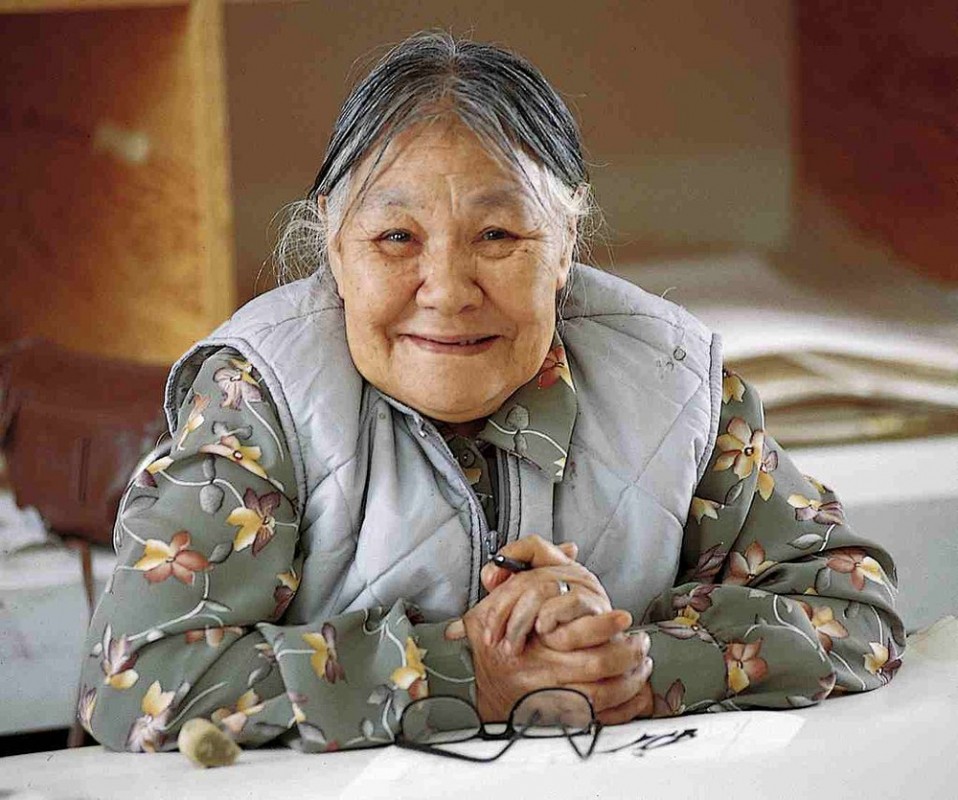 Occasionally the Internet, sometimes as as wonderful as it is weird, stops you in your tracks. Google’s Doodle for October 3 transported me back to my teens in the Northwest Territories, where Dorset Prints like Kenojuak Ashevak’s Enchanted Owl were glued onto people’s beer fridges, shed doors and even, rarely, placed with respect on walls in picture frames.

Google, through some mysterious algorithm in someone’s head, decided to plaster Ashevak on the Internet, and remind us that Inuit art has come a long way. It is now celebrated due to not only the talent of artists like Ashevak, but  the dedication of the late James Houston. Houston, an artist in his own right and a one-time federal civil servant in the high Arctic did more, with his wife Alma and their sons, to promote the art of the Arctic than most anyone. Previous generations – and myself as a teenager — failed utterly to recognize the beauty in much Inuit work. Today nobody aware of its import — numerous awards, honours, books and documentaries, and Ashevak’s famed owl being honoured with a Canadian  stamp — would feature an Ashevak on a beer fridge.

The context Google provided for its Friday Doodle honouring Ashevak is slim: she would have celebrated her 87th birthday today, had she not died early last year:

Our doodle in Canada pays tribute to Inuit artist Kenojuak Ashevak, who would have been 87 today. Ashevak’s work brought national attention to indigenous art and thrusted the ever-humble artist into the spotlight. For her contribution to art and Canadian culture, Ashevak was made an Officer of the Order of Canada and received a star on Canada’s Walk of Fame. 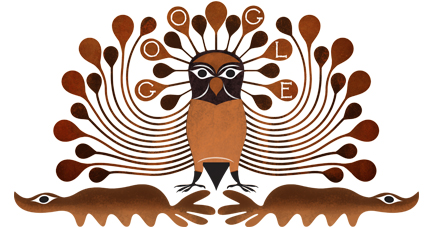 The Ashevak print  Google chose for its doodle on October 3, 2014

The art of the Inuit (not the “Eskimo,” a word that means raw-meat-eater and was inflicted on the Arctic people by Europeans) has been described as surreal or sublime. 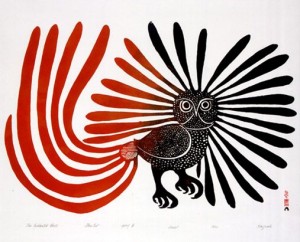 I see it first as joyful, a robust celebration of the precarious life in one of the world’s most harsh environments.

Ashevak — ᑭᓇᐊᓯᐃ in the Inuktitut language — was born in 1927 in an igloo on Baffin Island. Her life was hard by any standards: when she was six her father, a shaman, was reportedly killed for his beliefs by Inuit converts to Christianity. She was hospitalized in the south with tuberculosis for years. She bore witness to the deaths of seven of her 16 birth and adopted children, and two husbands. And yet through it all she created works that can only be seen as a celebration of life.

You’ll find lots of great free stories inside our site, but much of our original work is behind a paywall — we do not sell advertising, and reader payments are essential for us to continue our work. Journalism has value. We need and appreciate your support (a day pass is $1 and a monthly subscription is less than a cup of coffee).  If you’d like to give us a try before throwing pennies our way, drop me a note at Editor@factsandopinions.com, and I will email you a complimentary day pass. — Deborah Jones