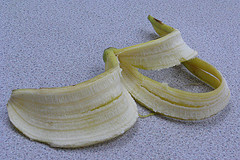 Every day another media list of newly-published science papers arrives in my email inbox: the result of earnest investigations into weighty issues. Then, once a year, there’s the Ig Nobel Prize list, awarded by an organization called Improbable Research.

Part of the amusement around this awards ceremony, held at Harvard on Thursday, is that the researchers whose work is the brunt of the humour were conducting earnest investigations into things they considered weighty. That, and how they are good sports about having their life’s work roasted. The awards are the highlight of the scientific calendar, Improbable Research claims Nature to have declared — not improbably.

The scientists awarded Ig Nobels at the ceremony on September 18 included researchers who investigated the mental health problems of cat-owners;  the brains of people who see Jesus’s face in toast; linkages between staying up late and being a psychopath; whether dogs poop according to north-south geomagnetic lines; and how reindeer react to humans disguised as polar bears.

“Improbable research is research that makes people laugh and then think,” states Improbable Research. “We also hope to spur people’s curiosity, and to raise the question: How do you decide what’s important and what’s not, and what’s real and what’s not — in science and everywhere else?”

Here’s the full list of the 2014 winners, most of whom paid their own travel expenses to accept their prizes in person,  “from a group of genuine, genuinely bemused Nobel Laureates,” at Harvard’s Sanders Theatre:

NEUROSCIENCE PRIZE [CHINA, CANADA]: Jiangang Liu, Jun Li, Lu Feng, Ling Li, Jie Tian, and Kang Lee, for trying to understand what happens in the brains of people who see the face of Jesus in a piece of toast.

PUBLIC HEALTH PRIZE [CZECH REPUBLIC, JAPAN, USA, INDIA]: Jaroslav Flegr, Jan Havlíček and Jitka Hanušova-Lindova, and to David Hanauer, Naren Ramakrishnan, Lisa Seyfried, for investigating whether it is mentally hazardous for a human being to own a cat.

ART PRIZE [ITALY]: Marina de Tommaso, Michele Sardaro, and Paolo Livrea, for measuring the relative pain people suffer while looking at an ugly painting, rather than a pretty painting, while being shot [in the hand] by a powerful laser beam.

ECONOMICS PRIZE [ITALY]: ISTAT — the Italian government’s National Institute of Statistics, for proudly taking the lead in fulfilling the European Union mandate for each country to increase the official size of its national economy by including revenues from prostitution, illegal drug sales, smuggling, and all other unlawful financial transactions between willing participants.