Cecil the lion’s fate a matter of conservation

By Lochran Traill and Norman Owen-Smith, University of the Witwatersrand
July, 2015 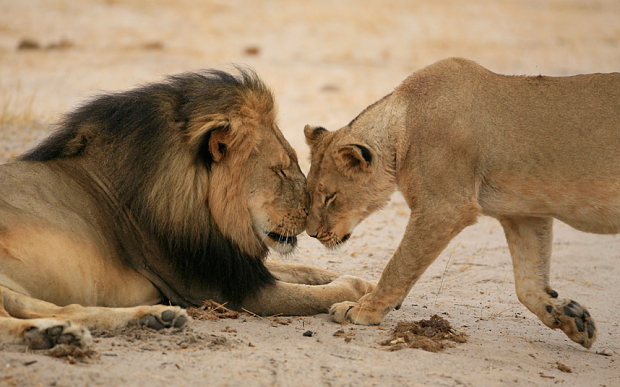 Trophy hunting, or the selective removal of animals from a population based on a desirable trait, is a deeply polarising issue. Ethical standpoints against the deliberate killing of animals for sport are what drive the public response that we now see.

Biologists have concerns about undesirable evolutionary outcomes that may arise from the killing of ‘prime individual animals. These animals are typically males that exhibit a desirable trait, like a large mane. Conservationists, have concerns that hunting may cause inbreeding, or drive rare species’ populations in isolated protected areas to the brink of extinction.

Despite the controversy, trophy hunting remains a legally sanctioned activity in most African countries. That is because hunting generates income. Sportsmen and women visiting Africa contribute as much as USD 201 million a year directly through hunting. This is excluding economic multipliers. And safari operators are custodians of at least 1.4 million km2 of land in sub-Saharan Africa, exceeding the area encompassed by national parks in those countries where hunting is permitted by over 20%.

Conservationists recognise that trophy hunting contributes to the protection of land from other uses such as pastoralism, where ecotourism is unviable. Bans on trophy hunting in Kenya, Tanzania and Zambia have been associated with an accelerated loss of wildlife, not the other way around.

The halving of Africa’s lion population over the past 20 years is not the result of trophy hunting. African lions have declined through the classic drivers of extinction, namely habitat loss, human-wildlife conflict and disease.

Cecil was no ordinary lion. Reportedly aged 13 years old, he was well past the normal breeding age for males of his species, what we term senescent. Male lions only gain opportunities to mate after taking over pride ownership after at least five years of age. They may hold tenure for between two and four years before being displaced by younger males. Cecil should thus have completed the genetic contribution that he could be expected to make before he was shot, and could not have been expected to live much past 15 years.

Why then had Cecil remained a breeding pride male for so long? One reason may be that the younger males that would have contested pride ownership, had been removed by hunters operating in lands neighbouring the Hwange National Park. Indeed, the Oxford University researchers who had been following Cecil’s life performance reported that 72% of the males they collared within the national park had been killed by trophy hunters, and 30% of those males shot were under four years old.

In this way, hunting taking place legitimately on land outside the formally protected area is prejudicing not only scientific research, but also the role of a flagship national park in protecting viable populations of large carnivores.

How should this conflict be resolved?

If the professional hunter and his client broke the law, then let the Zimbabwean legal system take care of that. More generally, how do conservationists trade off the money generated by trophy hunters against the huge costs of maintaining protected areas? What restrictions should be placed on where hunting takes place so that opportunities to draw candidates for hunting out of protected areas using baits placed outside their borders are prevented?

The traditional boundaries drawn on maps from parks and zones where these animals are need to be re-assessed. They need softening and buffer regions where hunting is not allowed. Alternatively, areas effectively protected within the park should have non-poaching activities that people can enjoy. Perhaps the activities in the buffer zone could be foot safaris, providing the excitement of encounters with wild animals without the destructive outcome associated with hunting.

The worldwide emotional response to the killing of this eminent animal could potentially lead to more effective reconciliation between the legitimate contributions that hunting can make to conservation, and the efforts to set aside sufficient land in protected areas to ensure the long-term persistence of the species these areas are supposed to protect.

Whatever the outcome following the death of Cecil, an emotive, uncompromising standpoint around the ethics of trophy hunting alone will not assist the conservation effort in Africa. In fact, it may well have the unintended consequence of undermining it.

Lochran Traill is Research Fellow, Centre for African Ecology, Animal, Plant and Environmental Sciences at University of the Witwatersrand. Norman Owen-Smith is Emeritus Research Professor of African Ecology at University of the Witwatersrand. This article was originally published on The Conversation. Read the original article.

Facts and Opinions is a boutique journal, of reporting and analysis in words and images, without borders. Independent, non-partisan and employee-owned, F&O is funded by you, our readers. We do not carry advertising or “branded content,” or solicit donations from foundations or causes.

Our CONTENTS page is updated each Saturday. Subscribe by email to our free FRONTLINES blog; find evidence-based reporting in Reports; commentary, analysis and creative non-fiction in OPINION-FEATURES; and image galleries in PHOTO-ESSAYS. Some of our original works are behind a paywall, available with a $1 site day pass, or with a subscription from $2.95/month – $19.95/year. If you value journalism, please support us and spread the word.

Bears, wolves, and salmon for the soul 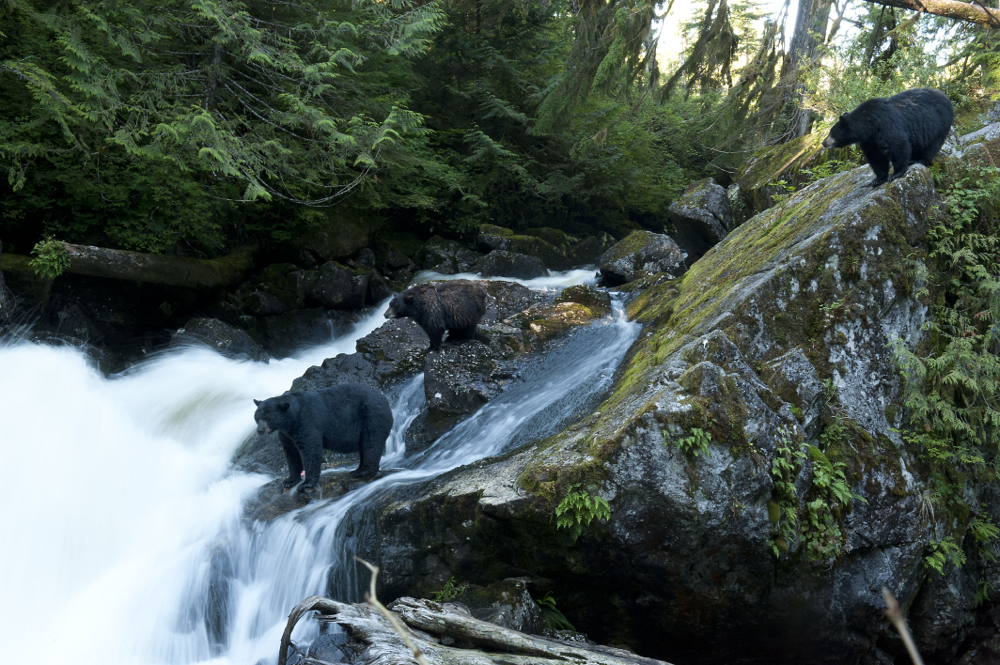 It has been a brutal week, in many of the world’s places but most acutely for those of us who live in Canada, washed by a torrent of grief, outrage and increasing bombast over the murders of two Canadian soldiers and a madman’s attack on the House of Commons.

Perhaps, like me, you will find salve for the soul in Ian McAllister’s photos, the excerpt of his book, and above all the video accompanying his new project Great Bear Wild: Dispatches from a Northern Rainforest.  My first career plan, alongside writing, was as a biologist. Since I abandoned the science of biology for the craft of journalism, a lifetime ago, there have been countless times when my mind has drifted back to a certain stream, redolent with wild mint and damp earth, in Canada’s Wood Buffalo National Park. I held a long-ago summer job in that vast park, living rough in the Boreal forest far from human settlement, “commuting” to work projects by paddling a canoe or zooming in skiffs along the mighty Peace River. The experience was life-altering, and it convinced me that everyone should spend time, real and significant time, existing — just being — in the natural world.

Ian McAllister does just that as a lifestyle, and with this project he brings his audience into that world.

Here’s a sample of his piece in F&O:

Looking down through the occasional breaks in the spray and mist, I can see hundreds of black salmon heads and tails rising occasionally above the swirling foam. Large house- sized boulders fill the tight gorge, forcing salmon to swim through fast-moving tunnels below. It is a coho salmon bottleneck. A fishing derby is not far off. Downriver, the early run of pinks is mostly spawned out, and I see a small bear stand up on its hind legs to access some crabapples. The sharp tartness must be a nice respite from the decaying corpses floating downriver. When I passed those swimming carcasses earlier in the day some of them were moving and technically were alive, but their souls appeared to have since departed, their bodies unable to shut down after such a constant journey. …  click here to read Great Bear Wild: Dispatches from a Northern Rainforest.

McAllister is also now on a book tour through Western Canada and the U.S. — here you can find the dates of his talks in places from Vancouver (tonight, Oct. 24) to Portland, Banff, Seattle, and elsewhere.

Hollywood has its comedies. Scandinavia does dark thrillers. British dramas are legendary. And Yukon … will recognition come to the  Canadian territory for wildlife documentaries as authentic as the far north?

This month Yukon conservation officers captured a black bear and her cubs eating garbage left out by residents in Whitehorse, Yukon’s capital. Garbage bears are soon dead bears in Canada; when the animals lose their fear of humans they’re routinely shot before they  endanger people or pets.

In My Bear, poet Robert W. Service advocated scaring away a Yukon bear by feeding it a concoction of mustard, tobasco sauce, ginger and cayenne pepper. Government workers either didn’t get that memo — or found it more entertaining to truck the bears to a remote area, then make a video. “Relocation isn’t an ideal situation because there’s no guarantee they’ll adapt to their new habitat, but it was the best option here,” said Environment Yukon in a statement released with the footage.