But now investors are pouring money back in, boosting net deposits in 22 green funds to nearly $83 million in the first four months of 2017, according to data from Thomson Reuters’ Lipper unit.

Investors’ renewed faith in the funds reflects a growing belief the president will not succeed in reviving the coal industry and will not target the government subsidies that underpin renewable power, which have bipartisan support.

It also sends a positive sign for the wind, solar and energy efficiency firms and make up a large portion of the green-fund portfolios.

The coal industry faces problems in the marketplace that are too big for any government to solve, said Murray Rosenblith, a portfolio manager for the $209 million New Alternatives Fund, among the U.S. green funds seeing investor inflows.

“Trump can’t bring back coal,” he said. “There’s nothing that can bring it back.”

A Reuters survey of some 32 utilities in Republican states last month showed that none plan to increase coal use as a result of Trump’s policies. Many planned to continue a shift to cheaper and cleaner alternatives, including wind and solar.

A White House official did not respond to a request for comment about the administration’s efforts to boost coal or its position on wind and solar subsidies.

Lipper classifies “green” funds as those with screening or investment strategies that are based solely on environmental criteria. Many make it a point to avoid purchasing shares of traditional oil, gas or mining companies.

For a graphic showing the turnaround in green-fund investments, see: http://tmsnrt.rs/2qPISl4

The funds, while still an investment niche, have become increasingly popular over the past decade amid rising worries about climate change. They tend to draw younger and more environmentally minded investors who see profits in the burgeoning renewable power industry.

“Solar and wind power are creating a lot of jobs. There is a long-term secular trend taking place,” said Joe Keefe, Chief Executive of Pax World Management LLC, whose $418 million Pax Global Environmental Markets fund is one of the biggest in the green fund sector.

The average fund among the group of 22 green funds tracked by Lipper posted a six-month return of 9.37 percent. That lagged the S&amp;P 500 index’s 12.14 percent, excluding dividends, over the same period through April 30, but beat the S&amp;P’s oil and gas index, along with several major coal companies which have slumped since the election.

The growth helped boost the group’s combined assets under management to $2.4 billion by the end of April, up from $2.1 billion in November, according to the data.

Tom Roseen, Lipper’s head of research, said the inflows into green funds could reflect value-shopping after the election triggered an initial sell-off in the solar and wind energy sectors.

He cited solar module maker First Solar Inc, a popular stock among green funds, trading at about $39.50 a share, far off the highs above $70 it reached last year but up more than 35 percent from a drop it suffered after the election.

He also vowed to pull the United States out of a global pact to fight climate change, a promise White House officials said Trump is now reconsidering, under pressure from lawmakers, global allies, and scores of major oil, coal and other companies.

Trump’s more conservative supporters – including the man who led his transition at the Environmental Protection Agency, Myron Ebell – have complained about the slow pace of progress in dismantling Obama-era climate initiatives.

While many drilling and mining companies have applauded Trump’s efforts, some investors are sceptical that repealing climate regulation will provide a big boost to fossil fuels.

The government subsidies that are crucial for growth of wind and solar power, meanwhile, seem to enjoy bipartisan support in Congress.

Existing tax credits for solar and wind projects were extended for five years at the end of 2015 by a Republican-controlled Congress. A number of Republican lawmakers represent states with burgeoning wind and solar industries, such as Texas and North Dakota.

“Most investors are starting to realize that the federal government is limited in its impact and the risk to (green energy subsidies) is relatively low,” he said.

Pattern’s stock has gained 20 percent since the beginning of the year, after falling 10 percent between the November election and the end of 2016.

Many of the green funds tracked by Lipper are heavily invested in renewable energy companies with overseas operations that reduce their exposure to U.S. politics.

One of the top holdings of Rosenblith’s fund, for example, is Vestas Wind Systems, the Danish company that produces and services wind turbines. If U.S. policies turned against wind power, Vestas could still expect strong demand elsewhere, Rosenblith said.

William Belden, Guggenheim’s head of ETF business development, said the inflows suggest that “some of the early responses to the Trump administration were overdone.”

How coal left scars on a Chinese town 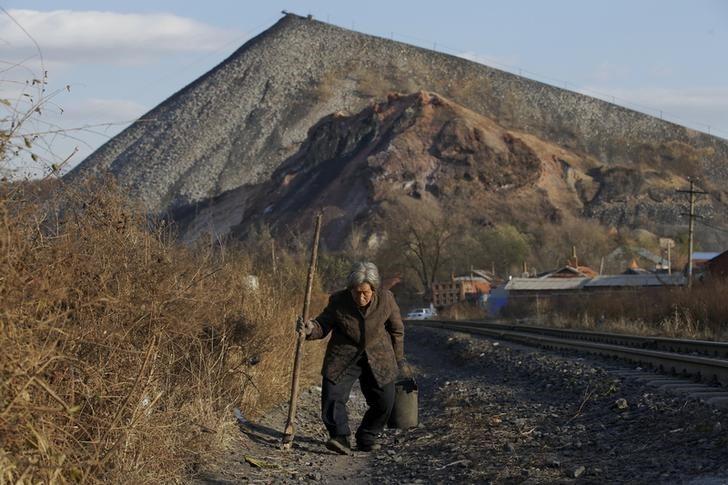 An elderly villager walks along a railway, which is used to transfer coal, in front of a coal gangue hill outside Shuanghe coal mine from the state-owned Longmay Group on the outskirts of Jixi, in Heilongjiang province, China, October 24, 2015.  REUTERS/Jason Lee

“This is a coal city and there is nothing else,” said Xin Qinling, a former miner now responsible for dwindling shift rotas at Jixi’s depleted Zhengyang coalmine.

State-owned Longmay Group, which owns most of the collieries in Jixi, including Zhengyang, has been making losses since 2012.

The company said in October it would adopt a “wartime work atmosphere” and cut its 248,000 headcount by as much as 100,000 by year-end, more than the entire labour force of the U.S. coal sector.

As a state firm, it still has to grapple with its various “social responsibilities”, including the pensions of 180,000 retirees as well as the upkeep of 42 hospitals and 130 schools in the region.

With Chinese economic growth dipping to a 25-year-low and government waging a “war on pollution”, the plight of Jixi, near the Russian border in the province of Heilongjiang, is echoed across China’s coal belt.

The Luan Group in Shanxi province, another of China’s big state miners, said in October that it had no choice but to cut output and put some workers on extended unpaid leave.

The industrial provinces of Liaoning, Shanxi and Heilongjiang were China’s slowest-growing provinces in the first half of the year.

Wang Xianzheng, head of the China National Coal Association, said in July that coal firms throughout the country have been slashing wages by as much as 30 percent.

His association surveyed 85 coal firms and found that almost half were struggling to pay staff, and many had failed to keep up with mandatory pension and health insurance contributions. 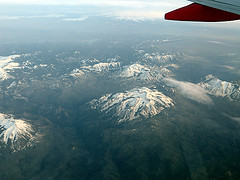 How wide to cast the net when examining the environmental damage a proposed industrial development might do, is a contested issue. In Canada, panels weighing the impacts of proposed oil pipelines from Alberta to the Pacific Coast have repeatedly refused to consider the damage that may occur from climate change as a result of the transported oil being burned. A similar tension has bedeviled hearings into proposals to expand coal exports through Vancouver.

In January, separate suits by environmental groups and First Nations challenged, in Canada’s Federal Court, a license issued to Enbridge Inc. to build its proposed Northern Gateway bitumen pipeline. They argued that the project’s environmental impact assessment was flawed in not considering its downstream climate impact. (The cases are still pending.)

The Canadian argument received some moral support from across the border. In June, a United States federal judge in Colorado invalidated a U.S. federal license for a coal mine on similar ground: because its proponents and the permitting agency (the Bureau of Land Management) had failed to adequately consider the mine’s climate impacts — including the impact of burning the coal it produced.

U.S. District Court Judge R. Brooke Jackson found that while the mine’s proponents had been able to calculate its anticipated economic benefits “down to the job and the nearest $100,000,” they had failed to address the potential economic costs associated with the climate impacts of methane released during production, and of other greenhouse gas released when the mine’s product was consumed.

Ignoring “the social cost of coal,’’ Jackson said, the Bureau and Arch Coal, developers of the West Elk Mine, had produced, “half of a cost-benefit analysis.”