More than 150 country representatives convened in New York on April 22 to sign the historic Paris Agreement, a legally binding international pact to limit greenhouse gas pollution and build resilience to the effects of climate change.

The Paris Agreement has meaningful potential and lays the groundwork for future collective action. It obligates countries to submit national climate goals every five years with the expectation that successive goals will be increasingly ambitious. In addition, the agreement sets a target to limit warming to 2 °C (3.6 °F) over preindustrial levels, the internationally recognized threshold for avoiding the most catastrophic effects of climate change. 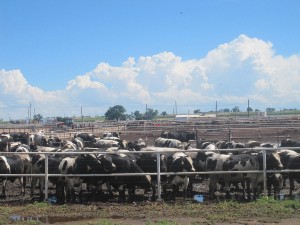 Nevertheless, the agreement is not a panacea. Reengineering the global economy — from one characterized by carbon pollution and deforestation to one characterized by clean energy and the preservation of forests and oceans — is feasible with current technology but will require additional, concrete action from all levels of government as well as the private sector.

It will also require conscious commitment and action from individuals, particularly those of us in economically prosperous countries, such as the U.S., Japan and those of the EU. But oftentimes, even those who are intimately involved in climate policy are not fully aware or mindful of how to participate in this moment of global climate action as citizens.

Taking a page from the Paris agreement, individuals could participate in the global climate effort by creating a personal target to reduce their carbon footprints — by 50 percent by 2025, for example — and by similarly challenging those in their communities. President Sauli Niinistö encouraged Finnish citizens to make such as pledge in August 2015 as a prelude to the Paris summit.

Real reductions in carbon pollution are possible when we, as individuals, take responsibility for the connection between our day-to-day consumption choices and the rapidly worsening, global problem of climate change.

Simple steps with only a marginal effect on lifestyles can be highly constructive. Everyday actions to curb emissions include reducing meat consumption — or even just reducing beef consumption, which has an outsize impact on land and water use and requires a vast, energy-intensive supply chain. Reducing miles driven alone in a vehicle by taking public transit and ride-sharing, limiting food waste, and switching to LED bulbs at home are other measures that significantly cut carbon while often saving money. Periodically opting for videoconferencing over airline travel for business trips can dramatically reduce an individual’s carbon footprint — one round trip flight between Europe and the U.S. emits the equivalent of a year’s worth of daily commuting by car. For owners of small businesses and single-family homes, rooftop solar is now available for zero up-front cost in many states and can guarantee lower electric power rates over the long term. To have a further effect, carbon offsets allow individuals to financially contribute to projects in sectors such as clean energy, agriculture and transportation in order to counterbalance their remaining carbon footprints.

There are many online tools to help individuals calculate how their choices add up to yearly greenhouse gas emissions. The calculator you choose should at minimum address home energy consumption, diet, transportation and waste disposal. The United Nations’ Climate Neutral Now campaign, for example, offers a climate footprint calculator. The International Civil Aviation Organization offers a calculator to account for air travel.

Real reductions in carbon pollution are possible when we, as individuals, take responsibility for the connection between our day-to-day consumption choices and the rapidly worsening, global problem of climate change. And the feasible, cost-saving actions individuals take today to reduce their individual carbon footprints will help drive the innovations in both technology and policy that are necessary to solve the climate problem.

Gwynne Taraska is the associate director, energy policy and Shiva Polefka is a policy analyst, with the Center for American Progress. This piece was originally published by Ensia.